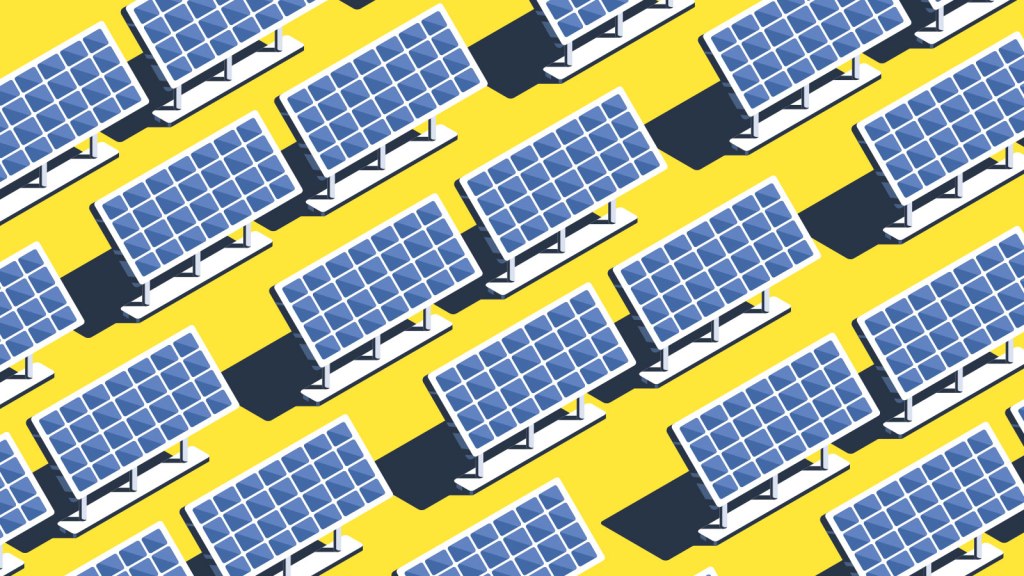 The sprawling web of power plants, dams, and transmission lines known as the electricity grid spews roughly 2 billion tons of carbon dioxide into the atmosphere every year, accounting for over a quarter of the country’s carbon emissions. But it could soon get a green makeover: According to a new report, America’s electricity could be cheaper and 90 percent carbon-free by 2035 — if Congress adopts one simple policy.

Researchers at the University of California, Berkeley, and the San Francisco-based energy and climate policy firm Energy Innovation say that plummeting prices for wind and solar energy have opened the door for U.S. power to be derived almost entirely from zero-carbon sources in just 15 years. All Congress needs to do is set a universal clean electricity standard, a rule mandating that utilities generate some portion of their energy from carbon-free sources.

“You need some sort of policy lever that is encouraging or mandating that utilities transition away from fossil fuels towards clean energy sources more quickly,” said Mike O’Boyle, director of electricity policy at Energy Innovation.

It’s a simple step, but Congress hasn’t taken up any significant clean energy legislation since the Recovery Act in 2009. Some states already have similar mandates in place, but they’re currently a patchwork of different goals and requirements. Kansas, Oklahoma, and Utah, for instance, have standards that aren’t legally binding; other states are only aiming to increase clean energy generation to a measly 25 percent.

As a result, the clean energy mix varies widely from state to state. California and Washington generate most of their electricity from low-carbon sources, like natural gas or hydropower — others, like West Virginia or Indiana, still rely heavily on coal.

But now, as prices plunge, solar and wind energy have an opportunity to take over the grid. Over the past decade, wind energy prices have fallen by 70 percent, and solar photovoltaics by around 89 percent. Renewables and nuclear energy now power about 40 percent of the country’s electricity. A combination of improvements in product design and economies of scale means that in many markets, renewables are cheaper than coal.

The report says that an ideal nationwide clean energy standard would start at 55 percent in 2025, increase to 75 percent in 2030, and reach 90 percent by 2035. O’Boyle said this would push all states onto an equal footing — and help those who are lagging behind catch up.

Still, moving to a 90 percent clean energy grid wouldn’t be easy. The researchers estimate that it would require building about 60 gigawatts of new wind and solar installations every year, and 10 gigawatts of new four-hour batteries for storage. To pay for it, investors and developers would have to shell out $1.7 trillion over 15 years. But a combination of tax credits and loans to develop new energy infrastructure — such as those used during the Obama-era Recovery Act — could help boost manufacturing.

The report also suggests that some major concerns about expanding a clean energy grid may be unfounded. According to the researchers’ modeling, slashing the grid’s carbon emissions wouldn’t just be good for the climate, but would also lead to lower energy bills for most Americans. “What surprised us the most was that the wholesale costs for a 90 percent clean system will in fact be about 10 percent lower than costs today,” said Amol Phadke, senior scientist at the University of California, Berkeley.

Others have long worried that a clean energy grid wouldn’t be reliable enough to support an entire country. After all, renewables can’t generate power without sun and wind. But the report suggests that expanding battery storage capacity, combined with tapping existing nuclear infrastructure and using some natural gas, will be sufficient to maintain a reliable electricity grid even during periods of peak demand — like when severe heat waves cause skyrocketing air conditioning use.

All of this, of course, depends on a Congress willing to pass strong green legislation. A renewable electricity standard bill calling for 50 percent renewables by 2035 was proposed in Congress last year by Senator Tom Udall of New Mexico, a Democrat; another bill proposed by Senator Tina Smith of Minnesota and Representative Ben Ray Luján of New Mexico targeted 77 percent clean energy by 2035. Neither has made it out of the Committee on Energy and Natural Resources.

O’Boyle thinks that the recent report could give these political efforts a boost. A 90-percent clean energy grid “is actually lower cost and just as dependable as today’s grid,” he said. “I think policymakers should feel empowered to increase their ambition.”