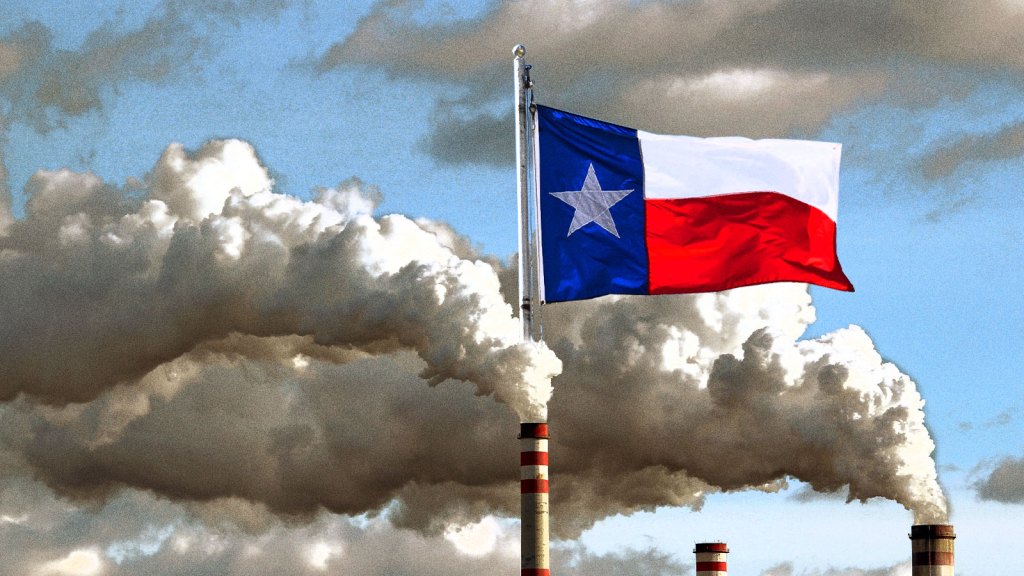 Unauthorized pollution has become the norm in Texas. Every single day last year, at least one industrial facility in the state emitted more toxic pollutants than it’s allowed to under state and federal laws. In the Midland region, home to the country’s most productive oil and gas basin, fossil fuel operators emitted more than 61 million pounds of pollutants above permitted levels last year. In the Houston area, a fire at just one petrochemical facility lasted more than three months and emitted 15 million pounds of pollution, blanketing the city in smoke and forcing residents to shelter indoors for days. In total, Texas facilities emitted 174 million pounds of pollution above permitted limits last year — up 155 percent from 2015.

Meanwhile, state and federal regulators largely looked the other way, according to a new report by Environment Texas, a nonprofit. Under the Trump administration, the Environmental Protection Agency (EPA) issued 38 percent fewer penalties to polluters than it issued under the Obama administration — a trend in line with its record-low enforcement levels nationally. The Texas Commission on Environmental Quality (TCEQ), the state regulatory agency primarily in charge of enforcing clean air rules in the Lone Star state, issued fines in less than 3 percent of the cases in which companies polluted above permitted limits.

“This sends a message to polluters that, in Texas, complying with the law is a suggestion, not a requirement,” said Catherine Fraser, a clean air associate at Environment Texas. “The EPA is cutting protection left and right, and Texans are paying the price.”

Excess pollution can have real consequences for Texans’ health. Multiple studies have found that thousands of Texans die prematurely from inhaling particulate matter — tiny particles of dust and soot that can penetrate deep into the lungs, worsening respiratory diseases. Emerging research also suggests that lax environmental enforcement this year has increased pollution — and that the number of COVID-19 cases and deaths has increased in tandem.

In states like Texas, there’s one particularly large loophole that allows polluters to avoid fines. When companies emit unauthorized levels of pollution while starting up, shutting down, or maintaining their facilities, they’re required to report those emissions to the state. However, companies routinely claim that these emissions were unforeseen and unavoidable — an assertion that’s known as an “affirmative defense” and can be made by simply checking a box while filing so-called excess emission reports. TCEQ is then supposed to assess whether companies meet a set of 11 criteria that allows them to claim the exemption and escape associated penalties, but environmental advocates say those checks are primarily accomplished through reviews of paperwork the companies themselves have provided, rather than onsite inspections.

As a result, polluters almost always claim the exemption — and almost always avoid fines by doing so. Fraser found that 97 percent of companies that filed an excess emission report in Texas last year utilized the exemption. TCEQ determined that just 10 cases of pollution were “excessive.”

Brian McGovern, a spokesperson for TCEQ, said that the agency has not yet reviewed Fraser’s findings. He emphasized that agency staff review companies’ emissions reports to determine if pollution was avoidable and if measures were taken to minimize emissions.

The Obama administration tried to crack down on the use of this loophole by directing states to eliminate affirmative defense provisions in 2015. Earlier this year, however, EPA administrator Andrew Wheeler filed an order to rescind the directive for Texas. (The Sierra Club and other environmental groups have since sued the agency over the decision.)

“EPA gave Texas a free pass to pollute, which TCEQ used to waive penalties for 97 percent of facilities that self-reported violations,” said Fraser.

At a TCEQ hearing last month, the agency’s executive director admitted that the regulator’s enforcement efforts have “been lagging.” He referenced an explosion at a petrochemical facility near Beaumont a day before Thanksgiving. The event led to evacuations in a four-mile radius around the facility, which is owned by the Houston-based TPC Group. Per TCEQ’s current enforcement policy, that facility’s compliance history is nevertheless considered satisfactory.

“That doesn’t comport with the basic idea of common sense,” he said. “It’s really hard to sit in front of the public and the legislature and say, ‘Yes, that TPC site is a satisfactory site,’ after what occurred and what it put the public through.”

TCEQ is considering revising its enforcement policy to increase penalties for polluters. The proposal suggests raising base penalties when actual pollution has been detected and reducing penalties in cases where a violation could have led to pollution but did not. The change would likely lead to higher penalties for large refineries and chemical plants and decrease fines for gas station owners, who are often penalized for simple paperwork violations. However, the new policy does not address the affirmative defense loophole.

While Fraser said she was “grateful” that TCEQ is moving to update its enforcement policy, she feels that the proposal doesn’t go far enough. “These steps alone won’t do enough to change a culture where polluters often find it cheaper to pay a fine than comply with the law,” she said, calling for mandatory fines for unauthorized pollution. “We urge TCEQ to eliminate the affirmative defense in order to reduce pollution, prevent disasters, and end widespread non-compliance.”