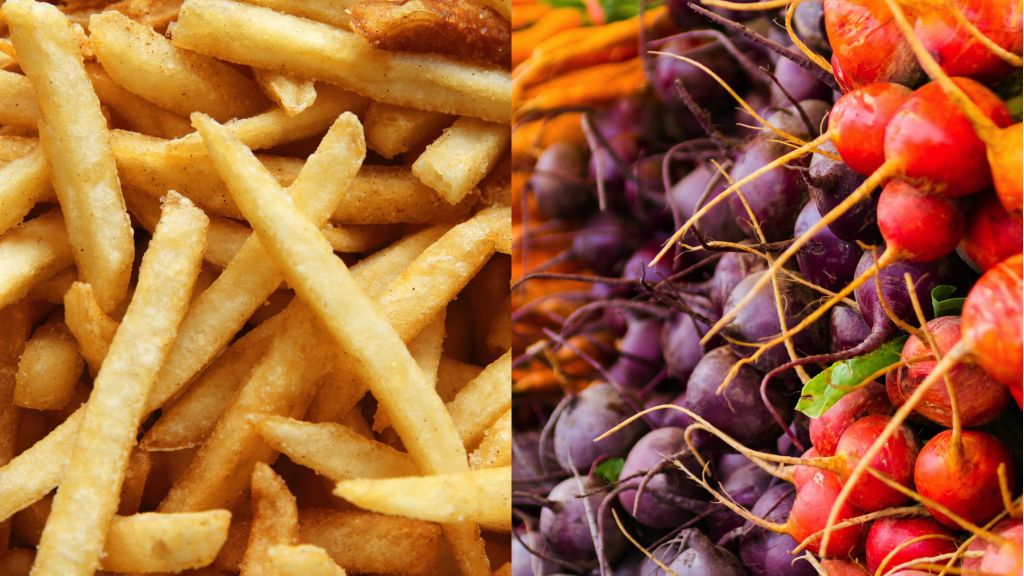 Income gap! What are you doing here?! We’re trying to have a conversation about food and you just show up uninvited and unannounced, as usual.

Just kidding, obviously — since money is intrinsically tied to every part of our lives, the growing divergence between high- and low-income households can pretty much be expected to show up all the damn time.

A new study examining data from the National Health and Nutrition Examination Survey (NHANES) over the period of 1999 to 2010 found that Americans have somewhat improved our overall dietary quality. We’re eating more fresh produce, whole grains, and fish, and less meat and sugary treats. Great! People are also eating less meat, and when they do they increasingly choose pasture-raised animals.

This increase in overall dietary quality, however, is still modest. Don’t worry, America — you will still love McBrunch, no matter how terrible it is for you.

But — of course! — these modest improvements come with some larger backsliding. Positive changes in dietary health were made largely by folks who earn higher incomes. For lower-income individuals, dietary quality actually decreased from 2006-2010. So, the income gap — which has risen since the 1970s, as the wealthiest 1 percent of Americans earn 22.5 percent of the nation’s income while the bottom 90 percent makes do with less than 50 percent of that — is being paralleled in food choices.

To call it a “choice” however, isn’t entirely fair. The food that’s most accessible to people who make very little money tends to be highly processed, fatty and starchy, and relatively nutritionally vacant. The fact that the quality of food that one eats is so closely tied with income seems pretty intuitive, but that doesn’t mean it’s not alarming as yet another indicator of growing inequality in the U.S.