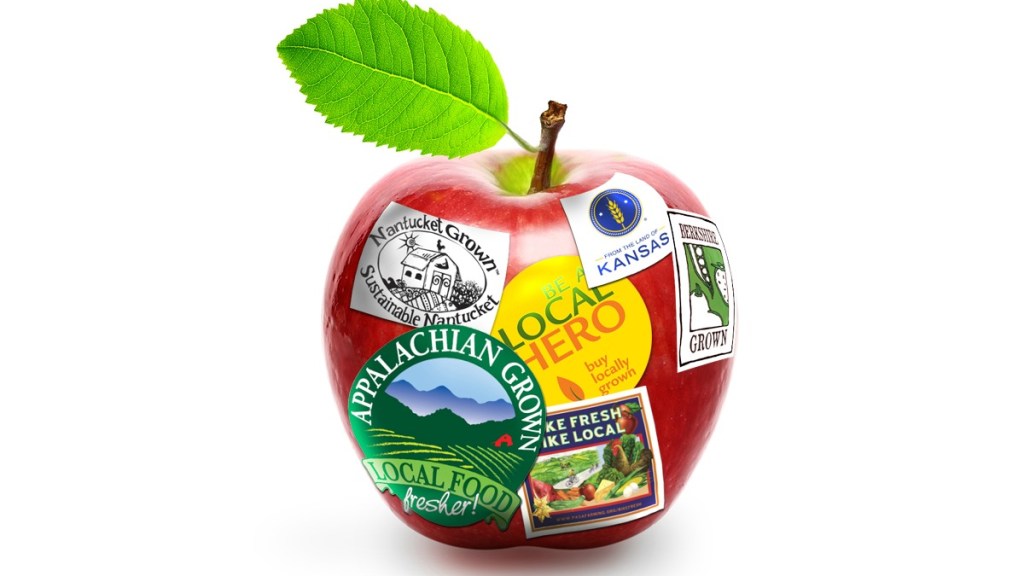 Q. We eat a lot of fruit and vegetables and generate a lot of compost. Unfortunately we find in it lots of annoying non-biodegradable little stickers, usually with a code number. Is there any attempt to require them to be biodegradable?

It’s a funny world, isn’t it? Here you are striving for a healthy, produce-heavy diet (kudos on that, by the way), but your earth-friendly ways come with a slowly accumulating mountain of sticky waste. Fruit PLU labels (for “price look-up”) may seem like a small thing in the grand scheme of world problems, but even little things add up — and if we can do better, hey, why wouldn’t we?

Annoying as they are, fruit stickers actually do serve a purpose. Since 1990 [PDF], they’ve been affixed to grocery store produce to help cashiers identify whether you’re buying, say, a d’Anjou or a Bosc pear, check the price quickly, and charge you accordingly. But the number on the sticker also carries a message for consumers: A four-digit code means it’s conventionally grown, five digits starting with nine means it’s organic, and five digits starting with eight supposedly point to genetically modified foods (though companies aren’t required to use PLU codes, so surprise! You won’t find many eights out there.). Fruit stickers are also often used to show the product’s country of origin.

And the labels themselves? Composition varies: Some are plastic, some are paper, some are vinyl (oy, go here for more on why that’s an issue) and all use adhesive that’s strong enough to stay put during shipping but easy enough, in theory, for us to peel off before munching. (Though it’s worth noting that not all of that sticky stuff comes off with the sticker: The FDA regulates these adhesives as indirect food additives.) And with a few exceptions (see below), the majority are landfill-bound.

One thing you don’t want to do is chuck these into the compost with your avocado skins and banana peels. It sounds like you’ve already discovered why: They won’t break down in a backyard bin. Municipal composters can’t handle them, either; in fact, at least one waste management company says PLU stickers are their biggest source of compost contamination.

But finally to your question, Harvey: Is there any effort afoot to require these things to be biodegradable? Require, no. But there is some push to provide voluntary alternatives to the stickers destined for the trash. Label manufacturer Sinclair recently launched a compostable label made of polyactic acid (PLA) and designed to break down within 22 weeks. (Sinclair’s other labels are also recyclable when stuck to a plastic bottle.) And then there’s this nifty idea: a label that dissolves into a fruit soap.

But here’s the thing: It’s really tough to trace that sticky label on your kiwi back to its source. How, exactly, are you supposed to know if your PLU sticker was made by a company that produces recyclable or compostable labels? I dunno: I wasn’t able to figure out a quick, easy way to sort out produce sticker manufacturers. If you really care about this, you may be stuck with contacting the grower directly to ask who prints their PLUs.

It’s enough to make you want to ditch the sticker altogether — which, as it happens, you might soon be able to. The FDA recently approved the use of a carbon dioxide laser to etch PLU codes directly onto the surface of your fruit, leaving no tacky residue or throwaway plastic in its wake. According to the technology’s inventor, Greg Drouillard, we’ll be seeing the first of these “fruit tattoos” (and I’m not talking about this kind of fruit tattoos) on shelves within a few months — on citrus fruits to start, and probably in California, Texas, and Florida.

In the meantime, there’s always heading to the farmers market or CSA box, where you’ll be supporting local farmers as well as erasing those pesky labels from your life. And perhaps it goes without saying, but produce straight from your own garden never comes with a barcode.