Brought to you by nature: Death, destruction, and pandemics 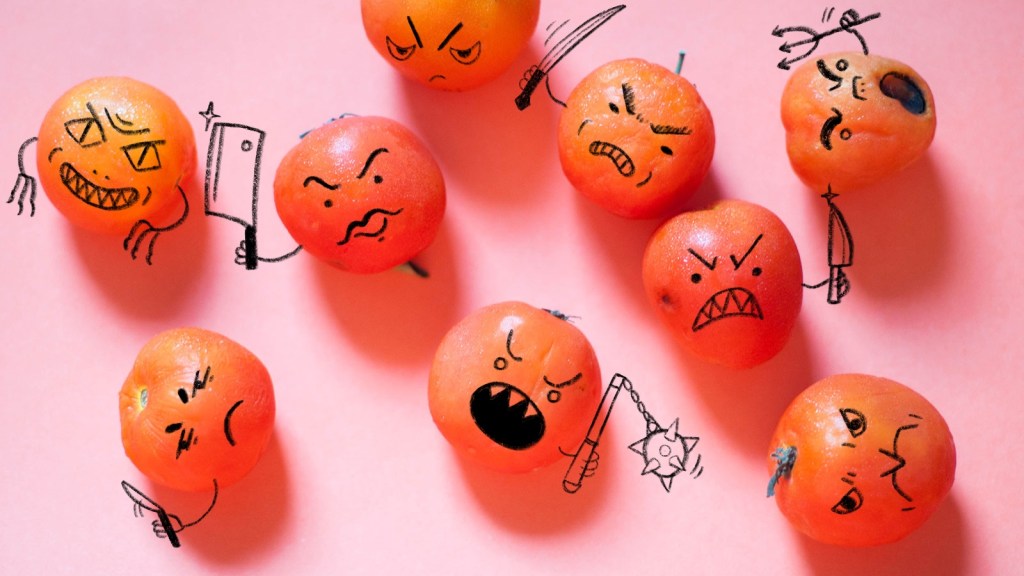 Brought to you by nature: Death, destruction, and pandemics

The natural world can be wonderful, but it’s often terrible. It tortures the creatures within it, kills infants, and, oh yeah, produces pandemic viruses. This isn’t incidental; it’s central, the very engine of evolution. Yet, when people see the word “natural” in the grocery store aisle, it conjures up sunshine, happy chickens, and warm hugs. You forget all the nasty bits.

“There’s no chance that supermarket shoppers will mistake ‘all natural’ for a warning instead of an endorsement,” writes Alan Levinovitz in his new book. Natural: How Faith in Nature’s Goodness Leads to Harmful Fads, Unjust Laws, and Flawed Science. It scrutinizes the way people use the idea of natural goodness to justify their position whether it’s free-market boosterism, opposition to birth control, or supporting farm-to-table restaurants. This naturalness, he writes, is “a mercenary ethic that anyone can hire to fight for their cause.”

Levinovitz teaches religion at James Madison University, and to him, the way we embrace the idea of natural goodness looks exactly like religion. So when the coronavirus began to spread earlier this year, Levinovitz waited for people to react as if it were an act of a vengeful God, retribution for humans sinning against nature. He didn’t have to wait long. You’ve probably seen the memes suggesting that “We are the virus.”

We asked Levinovitz what he means when he says allegiance to nature has the hallmarks of religion, why nature has such a strong grip on our collective unconscious, and how we might think differently if we stopped believing in a God-like nature.

Q. Let’s start with the coronavirus. Why are people drawn to this idea of nature taking retribution on destructive humans?

A. When confronted with unexpected suffering we want to take universalizable lessons from it. It feels like we should have an existential solution to what feels like an existential problem. So with coronavirus, the real solutions aren’t universal truths. They are very local, specific fixes: Figure out how to better regulate our interactions with wild species; figure out how to slow the spread of viruses quickly; figure out the infrastructure to deal with sick people. But those kinds of solutions don’t address the existential angst, so people turn to things like, “This is our punishment for living wrong,” or the meme that “humans are the virus,” which is taken from the movie The Matrix.

Q. So people are looking for a more meaningful way to explain the pandemic?

A. There are more sophisticated versions of the “humans are the virus” messages, but in the end they all boil down to: There is a harmony in nature, and humans disrupt it in a variety of ways whether it’s through burning forests, or industrial agriculture, or eating the wrong kind of animal. At the end of the day it’s this search for universal laws that we have violated. If you can explain the pandemic as the consequence of violating nature’s laws that is reassuring because it means you know what went wrong, you know how to fix it, and you know how to fix the future. That’s extremely important, especially in times of crisis. If you are not going to locate those universal laws in God, you have to locate them in some other harmonious entity.

It’s no coincidence that the same narrative comes up all the time with religion: Why was there a hurricane? Because people were having unnatural sex. This idea that living unnaturally results in a punishment, has been around for a very long time. So I’m not surprised to see the same kinds of things coming up. The important thing to note is that this time they look secular, even when they are actually religious.

A. The idea that natural is good is so baked into our language, our consciousness, and even the subconscious myths that guide us through the world, that it can sometimes be difficult to get out of those myths and see them for what they are. One way to make it visible is to point to its inverse, the futurist’s myth. So the futurist looks to a utopia in which nature has disappeared and things are harmonious because humans have complete control. And to most people, myself included, that way of thinking makes no sense. We would never say, “The computer works because it is unnatural.” We would never say, “Eyeglasses are beneficial because they are artificial.” That is a bizarre way to think about things! Yet we attribute the same kind of causal goodness to nature all the time: This food is good for kids because it is natural. And we invert it too: Screens are bad for our children because they are unnatural. What I want people to understand is that that makes no more or less sense than saying things are good because they are artificial.

Q. Why does this way of thinking have so much power over us?

A. The word natural itself has to do with origins and birth. It really is an organizing force from beyond and before humans. Nature really did give birth to our solar system, to life, to humans, plants, and animals. So there’s something tremendously compelling about that force. And there’s an intuition that we ought to be grateful for it, right? It’s a respect for a cosmic force, like the respect one might have for their parents. Surely it’s a good force, surely it’s a force we should not violate. So that’s a big part of why we have this reflexive respect for nature and naturalness.

Q. I wrote a book, All Natural, on the same subject, and one of the conclusions I came to was that this nostalgia for a pre-industrial Eden was really a nostalgia for childhood. What do you think about that?

A. Nostalgia takes you back to a simpler time. But that simplicity comes from the fact that you are ignorant of the complexity. The childlike vision of the world is one where you don’t understand how things work: The dishes just magically get washed, and the food magically appears, and there’s something wonderful about that. People who don’t study the pre-industrial past have that same childlike vision of what life was like because they don’t know all of the bad things about it. Nostalgia is a selective forgetting.

Q. How did your own belief system change as you investigated this?

A. I went into this book thinking it was going to be a straight debunking of naturalness. That’s not where I ended up. I ended up thinking it makes sense to value things simply because they are natural: Yellowstone National Park is valuable because it is more natural than other places. It’s fine to value naturalness in the same way that we might value freedom or beauty. The problem is that it’s not the only value — which is where you get when you confuse nature with God. That means there are going to be tradeoffs sometimes. Sometimes what’s natural is not going to be good for our health. Sometimes what’s natural — take Yellowstone — is not going to be good for something else we value, like accessibility. You have to have a road through Yellowstone Park or people can’t get to it, so you make it slightly less natural. I came out of this project thinking we need to be able to love and value nature without worshipping it. That is to say, without assuming that any departure from nature is corrupt or bad.

Q. But where does that leave you? Practically, in your daily life.

A. My editors asked the same thing. What’s the alternative? We run into these questions all the time. How do I parent my kid? What do I eat? How should I choose to give birth? When you take away that simple and existentially satisfying rule of thumb that natural is good, you need to put something in its place.

Q. It can be an exciting answer though. Embracing uncertainty means embracing dynamism and wonder.

A. I love the word wonder because wonder is an optimist’s synonym for doubt or uncertainty. To wonder is to not know. But it’s to not know in a way that makes for awe and joy rather than anxiety and ignorance.

One thing that’s really helped me, especially during this uncertain time, is that I don’t see uncertainty as something that needs to be overcome, but celebrated instead. As I was talking to the experts I interviewed for this book, I noticed that the most knowledgeable people are more attuned to complexity: The more you learn, the more your expectations are overturned, and that experience of uncertainty becomes normal.

This is really important at this time of the pandemic. It’s OK — imperative even — to change our minds. When a scientific body or a government shifts its position on something because new data has come in, that does not represent weakness or a violation of a law that we used to think was universal. It just means that they are being responsible rather than dogmatic. Reframing uncertainty as wonder, and certainty as dogmatism, can do a lot for feeling more secure in our uncertainty.