La Bodega, which opened in December 2013, has quickly become a bustling, affordable lunch spot. Empanadas cost $3.50, all the sandwiches are under $10. Alfau has a steady stream of regulars. But, despite the success, La Bodega has an uncertain future.

Last June, Seattle’s City Council voted unanimously to gradually raise the city’s minimum wage from $9.32 to $15 an hour, effectively becoming the highest minimum wage in the country. A $15 minimum wage will help put a little money back into the pockets of those who need it most, a good thing in a city where the cost of living has skyrocketed. But for small business owners, especially in the restaurant industry, the increase to $15 is a little more complicated.

About a quarter of Seattle’s minimum wage earners work in the restaurant industry. Restaurant owners already operate on a razor-thin profit margin, generally around 2 to 6 percent. If wages go up, so do expenses. Higher expenses cut into revenue, which leaves many Seattle restaurant owners with some tough decisions to make. Raise menu prices? Reduce staff? Abolish tipping? Some restaurateurs worry they will be forced to close if they can’t financially absorb the pay hike, others worry that higher prices will scare off customers.

With cities like San Francisco and Los Angeles also moving their minimum wage to $15 in the coming years, Seattle will be a testing ground for whether mom-and-pop restaurants can survive the pay bump, and whether foodies are willing to pay top dollar to eat out.

Alfau, for one, is worried. “I think the number of restaurants in Seattle is going to drop significantly,” says Alfau, who is in his early 30s. “The wage is great for the city, especially just because things are starting to get ridiculously expensive and there’s no way that anyone can actually survive under that wage. But in five years, if we don’t set a really good base cash flow for the future, I don’t know if we’ll be able to survive.” 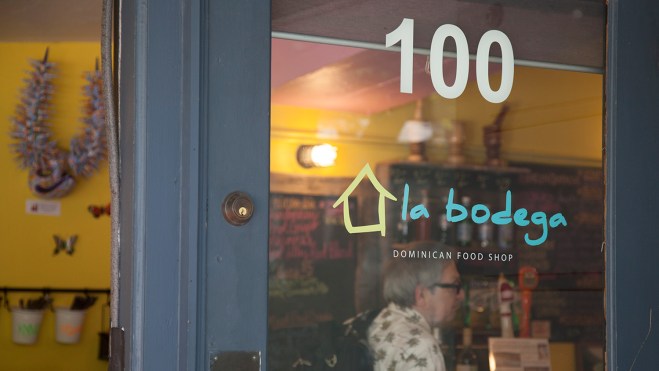 Seattle’s transition into the new minimum wage officially began in April and increased to $11 an hour. It will be another two years at least until the city reaches its $15 an hour target. Companies with more than 500 employees have until January 2017 to complete the wage increase, while smaller businesses like Alfau’s have until 2021. This phase-in buys restaurateurs a few years to adapt.

On the higher end of the income scale, Seattle is thriving. “One advantage that Seattle has is that [its] economy is healthy … Seattle has seen growth in six-digit incomes that are moving into the city,” says Anthony Anton, president and CEO of the Washington Restaurant Association. It’s true: Seattle’s rich have gotten richer. Between 2012 and 2013, the city’s 95th percentile of wage earners experienced a pay increase of 15 percent, or about $36,000. This all bodes well for supporting the city’s evolving restaurant scene. But while Seattle’s upper and middle class economies may be on the upswing, the rest of the city’s workforce still depends largely on the minimum wage to survive.

According to a 2014 report by the University of Washington, about a third of Seattleites currently earn less than $15 an hour. More than half of food-stamp-dependent families have a family member who earns less than $15 per hour, too. Full-time employees who relied on the city’s previous minimum wage of $9.32 an hour could see their earnings grow by nearly $11,000 a year thanks to the new wage increase. In the meantime, families relying on the previous minimum wage make a median income of just $16,853 per year. A higher minimum wage certainly won’t bridge income equality in Seattle, but at least it’s a start.

A minimum wage hike could also shift the income scale within a restaurant, by reshuffling wages from front-of-house staff (servers, hosts, bartenders) and redistributing them to back-of-house staff (dishwashers, chefs). Restaurants across the city are already starting to experiment with such redistribution models. Some, like Ivar’s Salmon House, have jumped straight to the $15 minimum wage, cut tipping completely, and have raised their menu prices by 20 percent. Others restaurateurs, like chef Renee Erickson, have eliminated tipping in favor of an 18.5 percent service charge on each bill; revenue from the service charge will be distributed evenly among employees. Traditionally, front-of-house employees make at least two to three times more money than back-of-house staff.

Tom Douglas, one of Seattle’s top restaurateurs, says he’s happy the minimum wage is going up. “My biggest concern is to protect that middle class of our business,” he says. “We want people to earn their living and have their families and be able to make this their business, just like if you were building cars or airplanes or doing software.

Still, many restaurateurs are worried that customers will not respond well to what some estimate will be a 15 to 20 percent price hike across the board.

“I’ve definitely talked to a lot of restaurants who are really scared,” says Angela Stowell, chair of the Seattle Restaurant Alliance, and co-owner and CFO of Ethan Stowell Restaurants with her husband.

The intermediate bump to $11 an hour hasn’t yet affected Alfau’s business model at La Bodega, where casualness and affordability are key tenets. His five employees already make more than $12 an hour, which includes shared tips. It’s within the next few years, once the wage raises again to $13 an hour, that problems could arise. If he raises menu prices, Alfau expects that his regulars, some of whom stop by three days a week, will come less frequently.

“We’re not a really fancy joint. We sell rice and beans plates with pulled pork sandwiches. So if you’re going to have to pay $15 bucks for a pork sandwich, then yeah, I’m terrified because I don’t want to have to charge those prices,” Alfau says. He says he would consider cutting back on hours before raising prices. “[I]f I can survive on those hours, then we’ll keep going. If not, I have three years to pull the plug — I have three more years on my lease.” 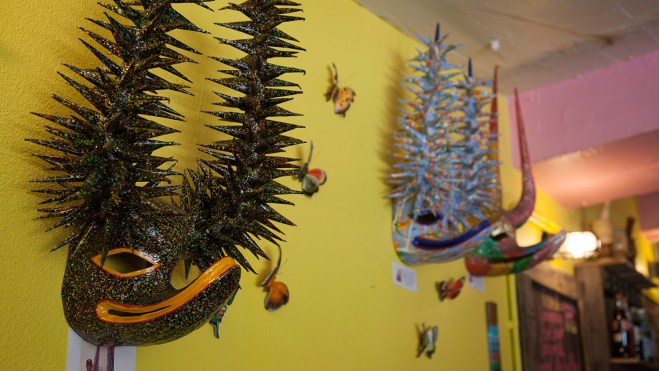 Despite the budgeting challenges, Alfau welcomes the idea of an overall income shift. He remembers working as a sous chef, putting in 14-hour days, five or six days a week, and making less than $150 a day.

“The amount of work and the amount of hours that these guys [in the back of house] physically do on a daily basis — they should be the ones that get what I call, ‘stripper money,’ that bartenders make, that some waiters make doing three shifts a week, four shifts a week,” Alfau says. “Because it’s just not fair.”

Just how strongly Seattle’s ambitious new minimum wage will ripple throughout the city remains to be seen. Diners will ultimately have to decide whether they can afford to eat out as much: The difference between a $9 dollar sandwich and an $11 sandwich could be enough to cut back on daily lunch breaks. But it’s also too early to assume that greasy dives or fine-dining restaurants will fall by the wayside, or that Seattle is destined to develop an elite dining culture. The best-case scenario is that, as Seattle’s overall economy grows and becomes more equitable, diners will have a little more cash in their pockets to absorb price increases, and that diners will adapt to costs just like business owners have to adapt.

“If I was going to do any more restaurants in the future, I’d just go pick-up window style, where there’s very low overhead, where there’s only two, three max people working, to be able to actually make a viable business,” says Alfau. While Seattle’s growing restaurant industry shows no signs of stalling this year or next, Alfau does worry that less mom-and-pop entrepreneurs will look to get into the restaurant biz. “What you really need to think about is five years down the road. How are you doing to open a restaurant in five years? That’s the tough part.”