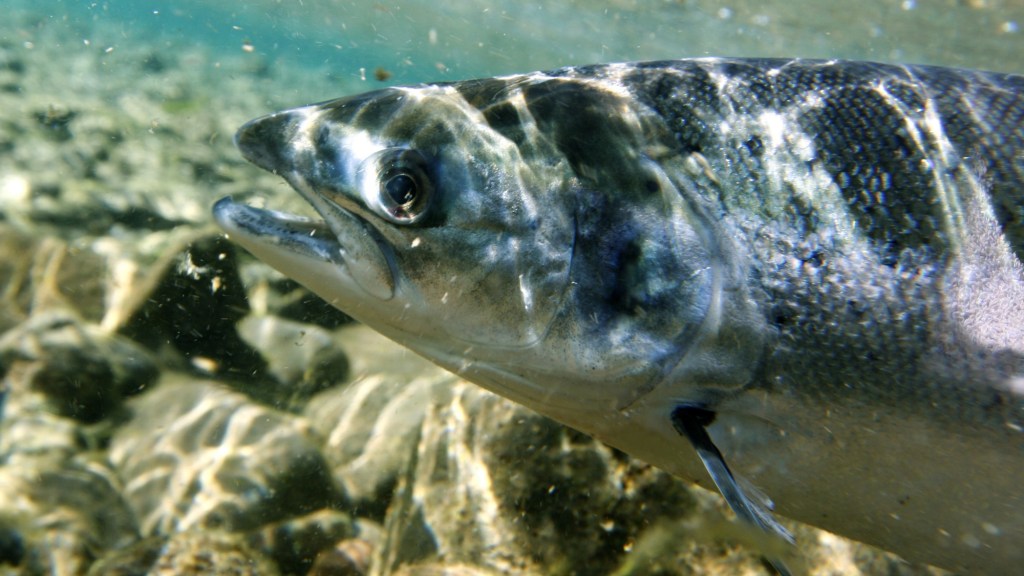 Canadian officials ventured into uncharted legal and ecological waters when they approved the cultivation and export of genetically engineered salmon eggs last year. And now environmental groups have sued the government, claiming the approval illegally disregarded the potential for the transgenic fish to become an invasive species.

Quick background: AquaBounty Technologies Inc. has developed Atlantic salmon that grow more quickly than their natural cousins, thanks to the presence of DNA from Chinook salmon and from an eel-like fish called the ocean pout. The company wants to cultivate eggs for this AquAdvantage salmon on Canada’s Prince Edward Island, hatch the eggs and grow the salmon in Panama, then export the meat to the U.S. Approval from the U.S. government is still pending.

Some environmentalists worry that the GMO fish will escape, breed, and outcompete wild species. Under Canadian law, an invasive species can be defined as “toxic” in the environment. Three Canadian nonprofits are claiming that definition of “toxic” could apply to the AquAdvantage salmon and their eggs. Here’s the crux of their legal argument, as described by Global News:

“Our concern is basically, we don’t think they’ve done the due diligence to assess the toxicity of the eggs,” said Susanna Fuller, marine conservation coordinator with the [Ecology Action Centre].

“There is no evidence that the ministers, as part of their Section 108 Toxicity Assessment, considered any data from a test conducted to determine AquAdvantage salmon’s pathogenicity, toxicity or invasiveness as required under paragraph 5(a) of Schedule 5 of the Regulations,” reads the notice of application.

Fuller is also concerned about the lack of public consultation.

Environmentalists in the U.S., where the federal government could approve the sale of the GMO salmon this year, have been quick to voice their support for the legal challenge up north. “This case is an important step in preserving native salmon populations and the environment from an unwanted, untested, novel threat,” said Andrew Kimbrell, executive director for Center for Food Safety. “The short-sighted and unlawful approval by Canadian officials must be addressed.”