Can't eat gluten? Pesticides and nonstick pans might have something to do with it, study says 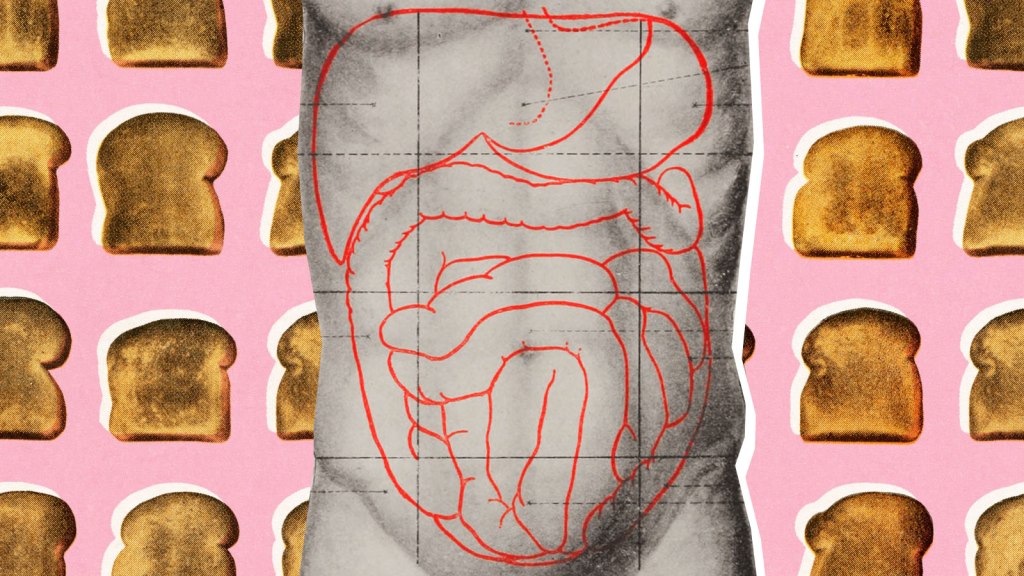 Can’t eat gluten? Pesticides and nonstick pans might have something to do with it, study says

It seems like everyone knows someone with a sensitivity to gluten — a protein mixture found in cereal grains, like wheat and barley. A third of all Americans say they avoid products with gluten in them, and grocery store shelves are overflowing with gluten-free products that didn’t exist a decade ago.

For roughly 1 percent of the planet’s population, eating gluten triggers a genetic immune response called celiac disease that has wide-ranging consequences. The disease’s symptoms range from mild, like diarrhea, fatigue, gas, to severe. Think nausea and vomiting, osteoporosis, infertility, neurological problems, and even the development of other autoimmune diseases.

The root causes of celiac disease have largely stumped epidemiologists. But a study out Tuesday by researchers from New York University establishes a link between the disease and two groups of manmade chemicals: pesticides and a compound known as PFAS, which is often found in products around the house. It might help explain why some people who are susceptible to celiac disease end up developing it when others don’t. The researchers analyzed the levels of toxic chemicals in the blood of 90 children, 30 of whom had recently been diagnosed celiac. They found that those with high levels of pesticides in their blood were twice as likely to develop the disease.

“Our study establishes the first measurable tie-in between environmental exposure to toxic chemicals and celiac disease,” Jeremiah Levine, a coauthor and a professor of pediatrics at NYU Langone Medical Center, said.

Ben Lebwohl, director of clinical research at Columbia University’s Celiac Disease Center, said the results should be treated with caution. “There are a number of limitations that prevent us from drawing sweeping conclusions,” he said in an email to colleagues on Tuesday. He pointed out that the study only looked at children who had already been diagnosed with celiac. “Children who get diagnosed are likely different in important ways related to health care utilization and socioeconomics, which may be associated with these pollutant levels.”

But Lebwohl said the research added to a growing body of work that suggest that environmental factors increase the risk of gluten intolerance. The study, he said, “mandates follow-up work.”

Levine and the other researchers also tested for toxic chemicals called per- and polyfluoroalkyl substances found in nonstick cookware and fire retardant and have been linked to multiple types of cancer and other harmful diseases. The study was conducted on subjects under the age of 21 because children and young adults are uniquely vulnerable to chemicals that may disrupt immune function.

They uncovered some surprising results. Young females exposed to higher-than-normal levels of non-stick chemicals like PFAs were five to 9 times more likely to have the disease than children exposed to lower concentrations of those chemicals (women make up a majority of celiac cases worldwide). Young males with elevated blood levels of fire-retardant chemicals were twice as likely to be diagnosed with celiac compared to children with lower levels of fire retardants in their blood.

Some of the chemicals have been out of commission for years. “We found that kids were susceptible across the board to a particular pesticide that had already been phased out of most uses,” Leonardo Trasande, a co-author of the study and a professor of environmental medicine at NYU, told Grist. “That speaks to the fact that we have legacy effects of synthetic chemicals that were used decades ago.”

Trasande said more research and a larger sample size is needed to determine whether those chemicals directly cause the disease and whether they’re linked to other autoimmune disorders. But the study lends more support to those calling for stricter regulation of toxic chemicals and pesticides.

“We do need a more rigorous structure for regulating these chemicals in the first place,” Trasande said.

In the meantime, he suggests a few steps to help reduce exposure at home: Open the windows and use a wet mop to collect organic pollutant dust from furniture and electronics that might still carry flame retardants. Avoid using non-stick pots and pans. Trasande suggests replacing them with cast iron or steel. And finally, avoid athletic wear that’s over-treated with chemicals. “You don’t really need oil-resistance in athletic materials,” he said, “you just need to repel sweat.”