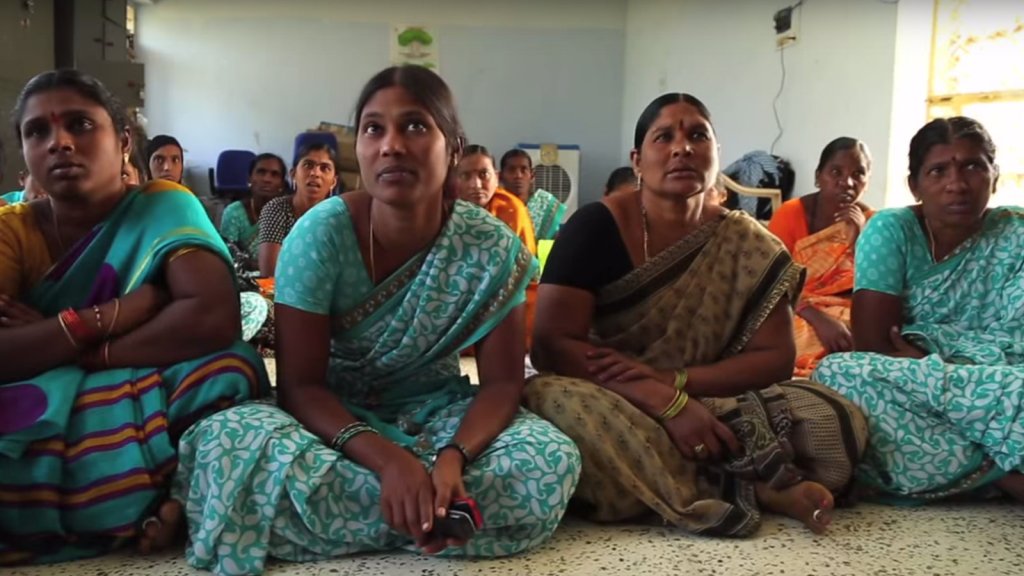 In this age of Wikipedia and Google, information is never more than a few clicks away. Of course, this is only true for a certain subset of the population — those of us who have the money to carry smartphones around like a second brain and spend most of our days at work using high-speed internet. Information may want to be free, but we buy that freedom with expensive laptops, high-speed internet cables, and electricity. For many people in the world who don’t have those luxuries, the spread of knowledge is slow and cumbersome. And nowhere is this more of a problem than among farmers.

Even in the tech-happy USA, 30 percent of all farms and ranches still don’t have internet access. Globally, roughly 60 percent of the entire population is still disconnected. Without easy methods of getting new information, how can small, low-income farmers learn about more efficient farming techniques? Clearly, some forms of modern agriculture are out of reach for the smallest farmers — things like combines, grain elevators, and GPS-guided tractors. But most farmers do have access to proven technologies like integrated pest management, and hybrid seeds, which could improve their lives if they knew how to use them.

For years, nonprofits and NGOs have used face-to-face approaches: Government experts — known as extension agents — go into the field to teach more sustainable or productive techniques to farmers. But there are only so many educators to go around, and the one-community-at-a-time approach is slow and laborious.

“You can’t have an extension agent go to every village in every country. It’s impossible,” says Emilia Tjernström, an assistant professor at the University of Wisconsin-Madison, who studies the ways that small farmers pick up new information.

Farming is the occupation for roughly 70 percent of the world’s poor, and these farmers mostly live in rural areas with bad roads. That makes this a hard problem — but an important one — to solve. Improve agriculture, the economic lynchpin of these communities, and maybe you can improve people’s quality of life too.

Digital Green, an international nonprofit that combines technology with face-to-face outreach, is hoping that they’ve found a way to spread knowledge more cheaply and quickly. The company’s CEO, Rinkin Ghandi, fell into the project in a bit of a roundabout way. He was actually working on a college project that would get farmers to adopt biodiesel. (“We realized it wasn’t a good idea,” he says.) But that work exposed him to India’s rural farmers, and it quickly became apparent to Ghandi that there was a divide between prosperous farmers and everyone else. As he looked further into how to apply technology to agriculture in a way that actually worked, he came across a project called Digital Study Hall. It essentially sent videotaped lessons to slum schools in India — educating both students and teachers using new approaches to learning. Ghandi thought the same idea could be applied to agriculture training programs.

The videos are made for the people, by the people, at a local level. Small groups produce videos that show simple, easy-to-adopt farming techniques, like better ways to prepare planting beds or sow seeds. Digital Green’s partner organizations — government extension programs, NGOs, and the like — organize small groups of farmers who meet to watch and discuss the video with a facilitator trained in  breaking down the steps of each process. The hope is that farmers take what they’ve learned and apply it in their fields.

We’re in the midst of a Silicon Valley boom where investing in apps is all the rage and many people are convinced that the right tech can change the world. And while Digital Green may get a lot of attention for their technological approach to educating farmers, it’s the human side that makes it successful.

In 2009, a year after Digital Green began, the company evaluated their program compared to similar training methods. They found that farmers were seven times more likely to adopt techniques they learned from Digital Green videos compared to traditional extension programs. On a “cost-per-adoption basis,” their method was also “10 times more effective per dollar spent.”

Programs like this have to make sure the education they’re providing is relevant to farmers, said Maximo Torero, an economist at the International Food Policy Research Institute. Farmers often do not fully trust experts traveling from afar to understand what will work for their particular context — their soil, their environment, their income level, says Tjernström. This is one place where Digital Green’s model excels. Because the videos are selected from a library by local facilitators for each individual group, the films can be tailored to what would best help the community.

“The important thing is content and the quality of the content,” says Torero. Fancy technology doesn’t make a difference if it’s being used to showcase a poorly-scripted video or issues that don’t matter to local farmers. Content quality can take a number of forms. Ghandi explains that one of Digital Green’s issues in earlier videos was not realizing how important the similarities and differences between the video’s narrator and viewer were to their adoption of the techniques showcased in the video.

“Things like whether a person is wearing a watch in the videos or the type of house in the background of these shots,” Ghandi said. For example, farmers from a lower-income bracket might see a farmer living in a concrete or brick house and think that the methods he demonstrated didn’t apply to them at all. The same is true of better-off farmers watching a video narrated by a man living in a stick-and-mud house. Ghandi says that Digital Green learned from this and now matches videos to audience, with “something like 200-300 of these videos on various compost-related practices.” While some have real variations, others simply represent a difference in the social and economic class of the farmer highlighted in the video.

Digital Green’s success proves just how important knowing an audience is to getting messages across. Even in farming, education doesn’t work with a one-size-fits-all approach. Individual NGOs putting a “teacher” in each group of farmers might have trouble finding someone who the local community trusts or can relate to. But through a database consisting of over 3,700 videos, these local groups have a better chance of finding something tailored to anyone’s needs.

Torero believes that while programs like Digital Green can work, improving livelihoods for farmers isn’t as simple as improving agricultural techniques to increase yields. One major issue he points out is that of local markets. He explains that in rural areas, farmers are often selling to fairly isolated markets. As anyone who has taken basic economics knows, increasing supply of a good lowers the price. That means farmers might adopt a new technique, grow and transport more food, and yet still receive less money overall for the harvest. “Looking at the supply side and forgetting the demand side is a common problem,” he says.

To really improve their lives, farmers also need money, Torero says. While Digital Green may focus on low-cost upgrades for farmers, a lot of agricultural tools can be expensive. Budget constraints can halt adoption of useful new technology. Torero points to the Brazilian Fomento program, as an example of how to overcome this obstacle: Extension agents worked with individual family farmers to increase or diversify their production. In return, the families were given cash or goods.

Improving farmers’ quality of life and livelihoods is a puzzle with many pieces. Providing information and training is one piece of that puzzle, but there are many others: access to markets, access to technology, access to capital. Digital Green may have found an inexpensive way to tackle one part of the issue, but it will only achieve real progress if it’s applied in concert with other efforts.