FDA tells livestock and dairy farmers: We're cutting you off -- no more beer! 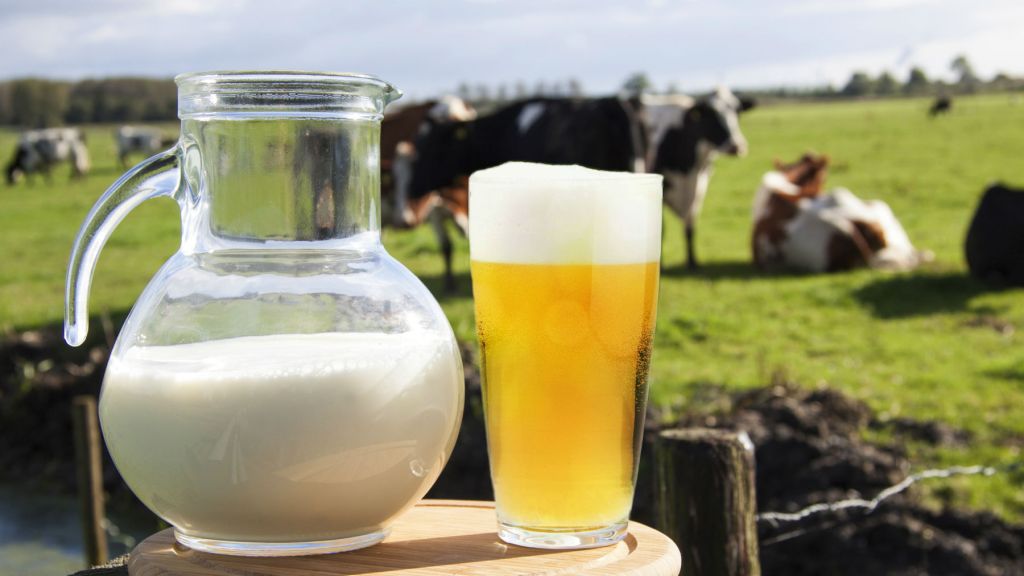 FDA tells livestock and dairy farmers: We’re cutting you off — no more beer!

The United States is about to have a slew of hungry and sober cows on our hands, which, for the record, is not a good combination for any mammal.

The FDA’s proposed Food Safety Modernization Act guidelines would prohibit breweries from sharing their grains with livestock farmers. Farmers have long been using this mash as free feed for their cows, and this relationship has provided an efficient way for the beer industry to repurpose its waste.*

“This is a practice that’s been going on for centuries without any incident or risk to human health,” said Chris Thorne, vice president of communications for the Beer Institute. Thorne said his association is “cautiously optimistic” that the FDA will address the issue and said several lawmakers have been receptive to its concerns.

Politico reports that 13 senators have moved to block this stipulation of the proposed regulations. Sen. Mark Udall (D-Colo.), for example, wrote an open letter to FDA Commissioner Margaret Hamburg to make his case for preserving the brewer-farmer relationship:

Regardless of the size of the brewer — whether the operation is small, medium or large the Colorado experience has been that this industry embraces community and prioritizes sustainable practices. Partnership between brewers and farmers is longstanding and it allows for an environmentally responsible way to dispense with an otherwise useless byproduct.

Udall also argues that decades worth of USDA data on spent brewers’ grains used as livestock feed includes no evidence of compromised food safety. On the citizen front, a petition to change the rules popped up on the White House website.

So what’s the effect on the farms? We learned about the situation of Krainick Dairy in Enumclaw, Wash., from Kendall Jones at Washington Beer Blog. For those curious as to how many pounds of spent grain one farm can use, Krainick Dairy collects between 3 and 4 million pounds of it from 11 breweries and four distilleries in the Puget Sound region, and uses it to feed 1,000 cows. This includes trub and yeast used in the fermentation process.

And how much spent grain would have to be thrown away if these regulations were instated? Seattle’s Georgetown Brewing Company told us that they can produce 200,000 pounds of it in one month, all in service of brewing 20,000 gallons of tasty beer. The Colorado-based Brewers Association issued a statement detailing the additional costs of waste management that breweries across the country would face if the proposed regulations go through:

The proposed FDA rules on animal feed could lead to significantly increased costs and disruption in the handling of spent grain. Brewers of all sizes must either adhere to new processes, testing requirements, recordkeeping and other regulatory requirements or send their spent grain to landfills, wasting a reliable food source for farm animals and triggering a significant economic and environmental cost.

We spoke with Mike Krainick, the owner of Krainick Dairy, about the proposed FDA legislation. He told us that the legislation has significant potential to harm his business.

“It could have a dramatic effect on our livelihood. We’ve spent a lot on trailers and infrastructure and support networks on our farm for all of this, and you don’t pay for that overnight — it’s an investment. I count on the breweries as much as they count on me.”

Let’s review: You have beer and cheese, two wonderful things without which life would be a much more depressing prospect. Their respective methods of production symbiotically support each other. That is a truly beautiful thing — almost as beautiful as beer cheese itself, which is the highest of high praise.

Correction: An earlier version of this post suggested cows could get buzzed off of the leftover grains. Grist regrets the error and has sentenced the author to playing beer pong with spent grain mash.