Food giants Cargill and General Mills believe in climate change. Will they defend themselves from it? 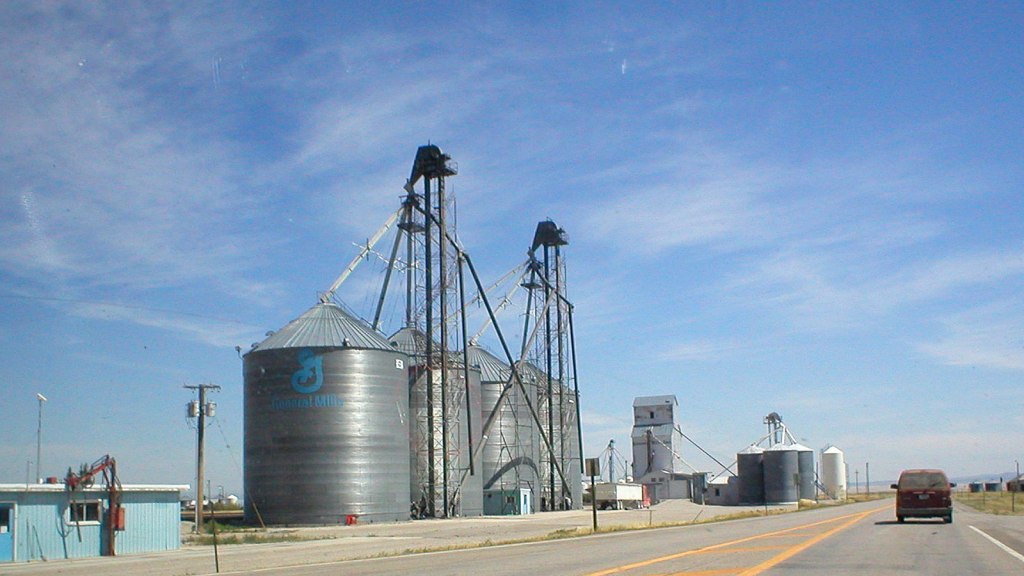 Food giants Cargill and General Mills believe in climate change. Will they defend themselves from it?

When I think about companies like Cargill and General Mills, I don’t exactly imagine a den of climate hawks. So I’ve been surprised to see a string of announcements from food industry giants about their environmental initiatives. When Greg Page, the executive chair of Cargill, wrote an op-ed in the Des Moines Register entitled “Agriculture must engage in climate change discussion,” I rubbed my eyes and reread to make sure I hadn’t missed a “not” in there.

The current Congress won’t do anything on climate change, I thought, but maybe businesses are moving past the politicians on this. Maybe a company like Cargill, apprehending the risks of severe weather to its business, would help elect politicians who accept science.

When I asked to interview Page about all this, it took a while to set up. In the meantime, I looked up Cargill’s policy on climate change and reread the editorial, and I saw that I was being too optimistic. Page carefully skirts any firm statement on what’s causing climate change, or any discussion of what the solutions might be. When we spoke I asked him directly: Do you say publicly that humans are causing climate change?

“Nope” was his succinct answer. “I don’t think it would be helpful … The failing of a lot of prior efforts had to do with starting with a prescription and then gathering up a set of data to support that prescription versus coming at it the other way.”

Of course climate scientists did start with the data. Then, after more than 100 years of looking at the evidence, 97 percent of them came to the same conclusion about a prescription: We need to reduce greenhouse gas emissions. I mean, how much more dialogue and analysis do we need?

But as I listened to Page, I realized he had a truly valuable insight here. To people who haven’t made up their minds about climate change, that 97 percent talking point is just a talking point, because they haven’t been invested in that 100-year process. I was reminded of the GMO debate: You can’t tell people simply to accept the conclusions of the scientific experts — we’re just not wired to outsource our decision-making abilities like that. Instead, you start by figuring out what people want to achieve, and then you get them to study the science as a means to achieve those goals.

This all started for Cargill when it began participating in the Risky Business project — put together by billionaire climate activist Tom Steyer, former New York Mayor Mike Bloomberg, and former Treasury Secretary Henry Paulson. Pretty soon, a lot of AM-radio-listening farmers were asking what Page was doing hanging out with liberals and talking publicly about climate change.

“Have I gotten some hate mail? Yes,” Page said. “But we address it, and go back and say, hey, would you prefer that Cargill had not joined with Hank Paulson and others to think about this and talk about an array of outcomes? The thing about Risky Business that we liked: they weren’t going to come with a prescription. They were instead going to use the same kinds of risk tools that financial institutions and companies like Cargill use to assess a host of outcomes that are possible — assign probabilities to them, and then assign costs to them.”

When Page meets with suspicious farmers he takes a different starting point: They all want to succeed and make money. It only makes sense that they look at the best science as they try to do that. And now, because they are trying to use the science rather than fight it, they are assessing it with an open mind, looking for the information that is most likely to help them.

It helps to show these people, Page has found, that the science itself isn’t partisan. “There’s something that amazes a lot of farm groups I’ve met with that have had concerns about our participation: In some of the scenarios that are predicted in the next 50 years, agricultural productivity will actually go up. Now, the people writing headlines would probably prefer to talk about the other scenarios where they go down. So, in a world where they don’t write as many headlines about planes landing safely, we didn’t see a lot of coverage of the fact. But if you read the Risky Business report, the array of probable scenarios from the scientists that Paulson and Bloomberg hired, and they were an impressive group, within that range is one that actually predicts an improvement. There are also some that predict some pretty tough sledding for certain regions of the country.”

Conservative farmers are absolutely willing to accept the evidence and act on it, he said. My problem with this is that the actions it generates are adaptations to climate change, not prevention of climate change. Cargill is building more ports around the world, for instance, so that it can ship grain from a well-fed region when droughts or monsoons wipe out a harvest in another. Why not take the next step, I asked, and accept the evidence that people are the cause?

“I think the problem with causality, for a company like Cargill, there are a lot of people who think that the minute that they acknowledge causality, the role of government in their lives will increase,” Page said. “So while they would probably admit, in the sanctity of their own home, that they have observed changes in the weather versus what their father had experienced, getting them to leap across the next divide to say that the primary cause of those changes was the behavior of them and their 7 billion compatriots — that’s a big leap.”

And yet: Other companies are making that leap. General Mills is one of them. I spoke with Jerry Lynch, the chief sustainability officer there, and asked him the same question: Do you say publicly that humans cause climate change?

“Well, all the evidence points that way, doesn’t it?” he said. “We’re not climate scientists, we’re a food company. We just look at the best available science. The best available science tells us all the changes we are making to the planet as a human species is what’s causing this … It goes back to what is our business model. At the highest level, mother nature has got to continue to do well for us to do well. The business case was pretty clear. We just said, hey, these are what the facts are, this is what the best science says. So let’s just get on with it.”

“I think there’s a real recognition among food companies that this is a real and important issue,” Lynch said. “I can’t say they are contentious conversations about the science.” But when I explained what Page had told me, Lynch agreed, “The approach we take is to try not to get hung up on the specifics of the why.”

There’s at least one important difference between General Mills and Cargill: General Mills sells food like Häagen-Dazs to people like you, who might care about climate change. Cargill sells to farmers and to other companies, like General Mills. So Cargill doesn’t face direct pressure from individual eaters. But it does feel some of that pressure through other companies.

General Mills scrutinizes the greenhouse gas emissions, “from seed to landfill,” Lynch said. “Not just in the enterprises we run, but all the way back up the agricultural supply chain. And through the consumer to the landfill.” So companies like Cargill have been trying to reduce emissions at the behest of their corporate customers.

Does any of this translate into political change? I asked Lynch if General Mills was going to start supporting specific lawmakers depending on their stance on climate change. The answer was, basically: not yet. There’s a lot that can be done outside of politics, he said, and listed a slew of collaborations and roundtables between businesses making real changes right now. For example, Field to Market is a truly massive collaboration with just about every major player in the food system working together.

My initial hope — that business pressure on conservative politicians would produce a new class of science-championing Republicans — seems unlikely to materialize, at least any time soon. Still, the process of grappling with climate risk analysis is leading the food industry to make important changes, and it’s showing people that they need to at least understand climate science if they care about their own bottom line.

In a roundabout way, this process will eventually get us all on the same page. But that “eventually” sure stings.