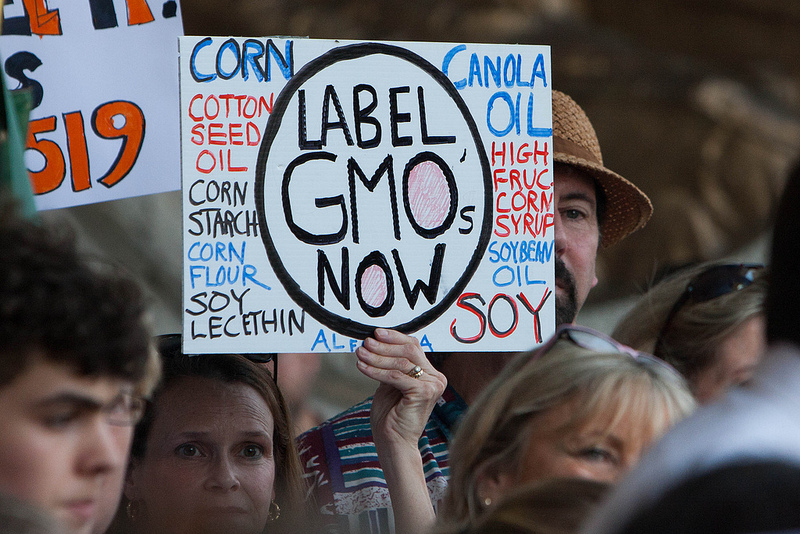 The captains of the food industry have decided it’s time for a federal GMO-labeling law. Specifically, they’re aiming for a labeling law that doesn’t actually require labeling at all — but does pre-empt all of the more stringent labeling laws now making their way through state legislatures. In other words, they want a voluntary-labeling law that stops states from enacting anything else. (Yes, food makers can already voluntarily label their products as non-GM.)

This story comes from Politico, where Jenny Hopkinson and Helena Bottemiller Evich got their hands on a leaked description of the proposed law.

This isn’t exactly a surprise — it’s precisely what the Grocery Manufacturing Association had planned to do. And there’s no telling yet whether politicians have an appetite for this law.

Scott Faber, vice president of government affairs for the Environmental Working Group, told Politco it doesn’t have a chance.

“Every lobbyist in this town can name the dozen senators who would read the Bible backwards before this would become law, and that’s what’s so striking,” said Faber, a former GMA lobbyist. “A far better course would be for industry to come to the table” and work with consumers to gain the disclosure of more information on their products.

Catch that tidbit? Faber used to work for the grocers’ association; now he’s campaigning against them. Plus, he’s got a pretty good point. This isn’t about the food industry creating transparency that would be meaningful to their customers. It’s about the food industry protecting itself from the burden of complying with various different state laws.