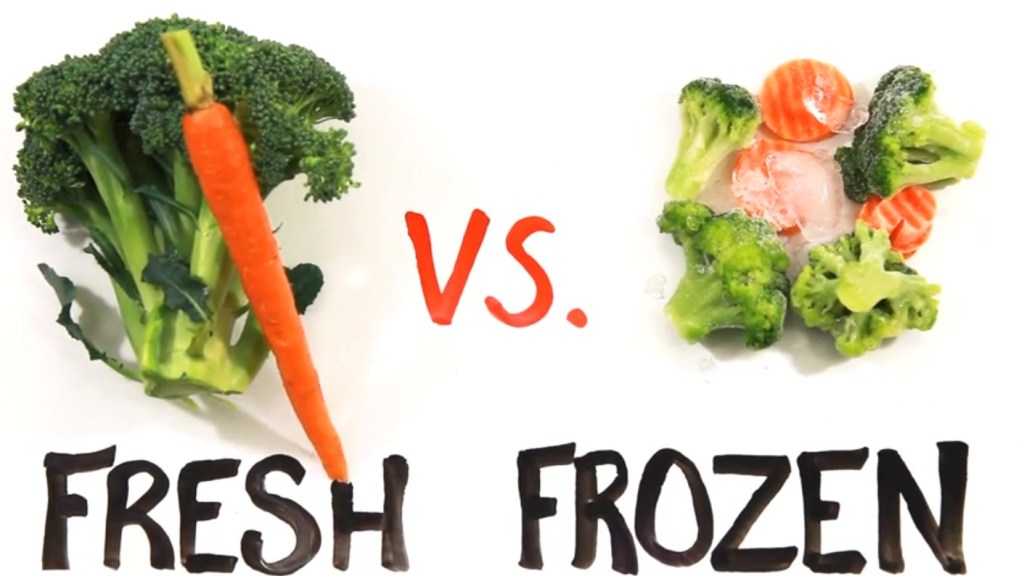 It would be nice if we could all lie with our mouths to the ground, chomping on fresh potatoes the second they emerge from the dirt (that’s how plants grow, right? I’m a little rusty). But since we’re, like, BUSY and stuff, buying fresh produce at the grocery store is almost as good, right? Certainly better than that freezer-burned stuff in the same aisle as ice cream and Hot Pockets (GUILTY BY ASSOCIATION).

This video thinks not. In fact, Asap Science makes a pretty compelling case for frozen fruits and veggies over “fresh” ones in the produce aisle — namely, that they’re picked (and frozen) at the peak of freshness with lots o’ vitamins intact, as opposed to the green bananas that are picked pre-ripe and flown across the world. Then they sit in our grocery stores, and then they sit in our kitchens, and maybe 12 years after they were originally picked, we eat them.

What about growing your own food or hitting up farmers markets? GOOD POINT — and one the video barely mentions at the end. Those two options sound the best, but we know they aren’t feasible for everyone (THANKS, FOOD DESERTS). In the meantime, two recent independent studies are on Team Frozen, but the FDA thinks it’s a wash:

In 1998, the Federal Drug Administration (FDA) published its official findings on the nutrition difference between fresh and frozen produce. The FDA found that, in essence, there is no difference in nutrition between fresh produce and frozen produce. Because of the nutrients that are lost due to most commercial food production of fresh produce, as well as the nutrients lost during the blanching and reheating processes of frozen food, the nutrient profiles of each are relatively the same.

We’ll note that only one of the options is endorsed by a friendly giant who dresses like Wilma Flintstone, though.