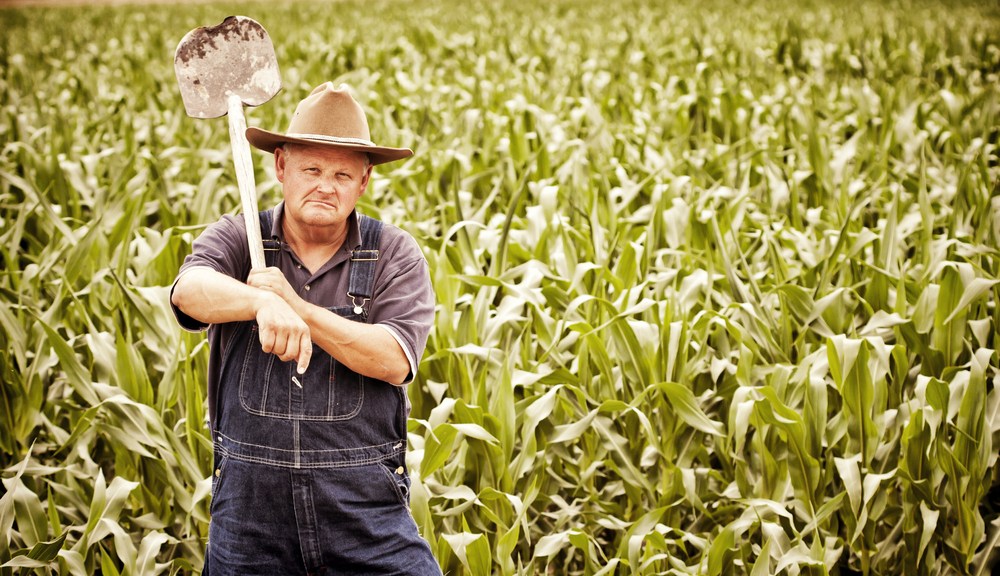 Another day, another bunch of old, white guys complaining about their neighbors screwing up their property – except this time, it’s quite warranted.

A new survey from Food & Water Watch has found that over 80 percent of organic farmers across the country are worried about how genetically modified crops in nearby fields are affecting their own. These farmers have incurred significant financial losses due to GMO contamination and the measures taken in attempts to prevent it.

It turns out that keeping organic crops and GMOs sufficiently separate is not cheap. To create a “buffer zone” around their fields, as required by USDA organic standards, the farmers surveyed said they set aside a median of five acres at a median cost of $2,500 per year. In some instances, the cost was more than $20,000 per year.

Organic farmers have also begun to delay planting, so that their crops won’t pollinate at the same time as neighboring GMOs and risk having their gene pool sullied. This results in further losses of about $5,300 a year for corn crops, and $3,300 for soybeans.

And even with these precautions, one-third of farmers are still seeing problems caused by GMO contamination, with more than half of them reporting that they’ve had crops rejected by buyers because of it. The median cost of each rejected load, which contains approximately 1,000 bushels, is $4,500.

To the typical organic farmer, these losses are no heirloom fingerling potatoes. They’re a significant percentage of their incomes.

It’s not all about the Benjamins, either. Animosity between organic and conventional farmers has noticeably mounted. The report notes:

The survey asked farmers if they had any non-monetary costs from the threat of GMO contamination. Several responses described strain between GMO and non-GMO farmers. One farmer wrote that, “…every time I walk into the local co-op they grit their teeth.” Others wrote that “conventional farming neighbors do not respect us,” that non-organic “neighbors feel that our farm is a thorn in their sides or a nuisance,” and that they “are considered to be a problem to them because we are not GMO like the rest of them.” Some relationships have gotten so strained that “neighbors get bent out of shape” when approached about GMO issues, and “some neighbors will no longer tell us what they plant.”

Food & Water Watch was inspired to conduct its survey after sustainable agriculture advocates across the country were disappointed by a 2012 report on the same topic from a USDA biotech advisory committee. That group, which was heavily loaded with Big Ag interests, declined to make any policy recommendations that would help stop GMO contamination of non-GMO fields and was widely attacked by organic farming groups.

“Can’t we all just get along?” is proving to be an unrealistic approach for an increasingly divided farming sector. Here’s hoping the USDA catches on to that soon.