Give the chickens in your life, dead or alive, a little love today 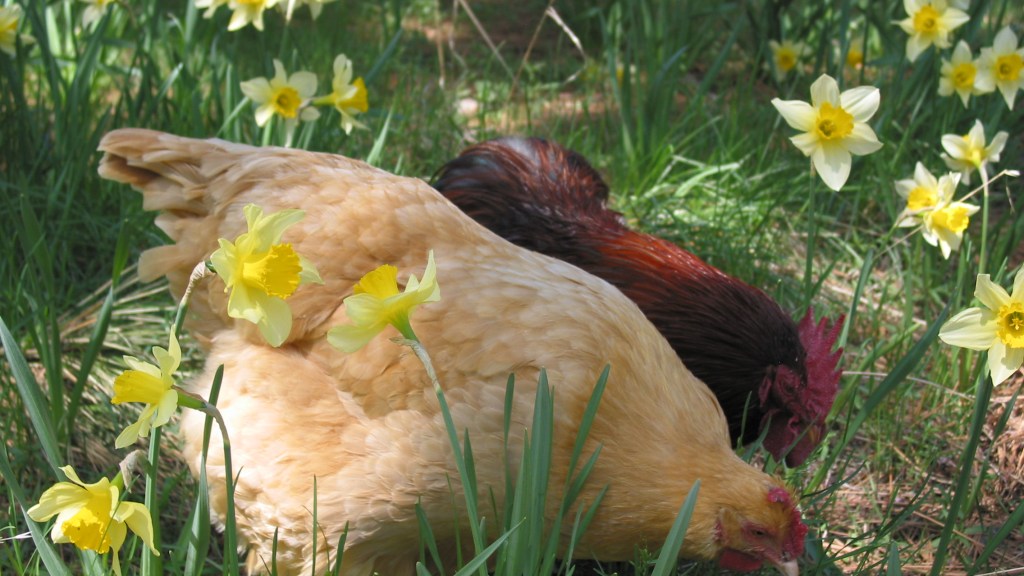 Give the chickens in your life, dead or alive, a little love today

ICYMI, this international holiday was created by the animal-rights advocacy group United Poultry Concerns 10 years ago to “protest the bleakness of [chickens’] lives in farming operations.” These people are crazy about their poultry — and, accordingly, would recommend that chicken-lovers go completely vegan. I, on the other hand, happen to love both raising chickens and eating them, if nothing else for the sake of saving them from a life of roaming the streets.

So, in appreciation of clucky backyard Buff Orpingtons, egg-layers, and the cage-free and responsibly slaughtered chicken-turned-salad you packed for lunch today, we are bringing you a list of ways to give the chickens of the world all the props they deserve.

If you have chickens of your own, treat them like your own children (except you get to eat them in the end — don’t overthink the metaphor, people). I happen to be one of eight proud parents of four Black Australorps. We raised them from chick-hood in a cozy little nook in our basement, where we would play “Scarbourough Fair” on repeat and occasionally take them outside to play. Now, they’re almost two months old, making them teenagers in chicken age — and, like most teenagers, they’re reclusive and impervious to cuddling. But instead of losing your temper when they poop in their water dish or refuse to nest at sundown, try responding with encouragement for good behavior. Throw them a crust or two every now and again, and they’ll soon turn into mature, adult egg-layers.

If you don’t have chickens of your own but want to support the cause, you could always pray for them (seriously, there’s an official chicken prayer). If that doesn’t save them from terrible farming conditions fast enough, you could attend a Chickens Day protest, where you can riot against cruel chicken treatment. If that seems a tad extreme (we don’t blame you), you could make sure you’re not buying the battery-caged stuff (which I can imagine, from the experience of raising four chicks in my basement, is truly disgusting).

Lastly, you can give chickens around the world respect by appreciating all the amazing things they do for humans! Including but limited to:

Does all this seem like a lot to undertake for a single day? Lucky for you, the entire month of May is International Respect for Chickens Month.