How one Oregon town got its fish back 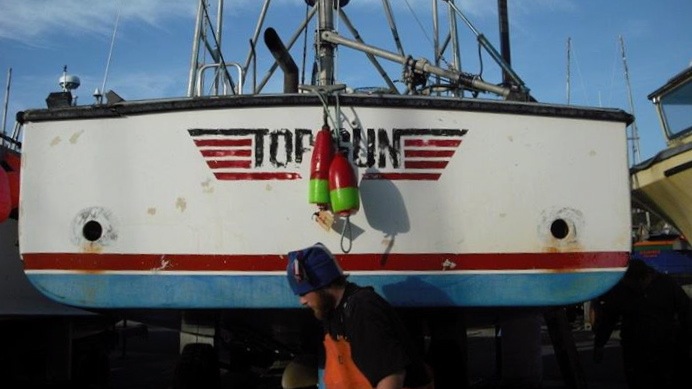 How one Oregon town got its fish back

Port Orford, population just over 1,100, is the westernmost city in the contiguous United States. For those even glancingly familiar with the geography of our fair country, that means the town is perched right on the Pacific Ocean — which should logically mean its fair residents are swimming (!) in an endless supply of delicious, fresh fish.

“It’s been somewhat of a food desert for fish here, believe it or not,” says Leesa Cobb, executive director of Port Orford Sustainable Seafood (POSS). “The model has been that our boats pull up to the dock, buyers [from corporate distributors] buy our fish, and then the fish goes up the hill. None of it is retained in our community — it’s not processed here, it’s not packaged here, it’s not sold here. And that’s been going on for years and years and years — up until we started making it available.”

Cobb’s organization started a community-supported fishery program in Port Orford in 2011 for three reasons: To strengthen the local fishing economy, supply the local community with fish, and work to conserve the regional ocean ecosystem. POSS buys fish from roughly a third the 40 fishing boats in Port Orford, which they then distribute to customers from Portland to the Rogue Valley.

The big problem with fish in the United States, as Paul Greenberg has nicely summed up, is that the vast majority of the seafood that Americans actually eat comes from farms overseas while we export our domestically caught, superior wild fish. As a result, there’s very little rapport between communities and their local food supplies (ergo little motivation to care for said supplies), huge amounts of fossil fuels are expended in transporting farmed fish from halfway across the world, and no one even has the slightest clue what kind of fish they’re putting in their mouths. Community-supported fishery programs, like the one in Port Orford, are beginning to change this extremely bizarre system in favor of local ecosystems and the people who depend on them.

I got to chat with Cobb and Aaron Longman, POSS’s Production Manager, about how they’re trying to get Port Orford’s fishermen to work toward more sustainable stewardship of the ocean — whether they believe in climate change or not. (Spoiler: A lot of them don’t.)

Q.What is it about the CSA model that makes community-supported fisheries work so well?

A.Leesa: We really recognize that there’s this model of community supported agriculture that loves the rutabaga, [for example.] People love experimenting with these unloved veggies, and so we’re trying to incorporate bycatch into this model.

Aaron: But we have so little bycatch. it’s kind of working against us in that respect. We haven’t been able to even fill a CSF share with it. A lot of the bycatch has gone through our commercial accounts — we have restaurants in Ashland, for example, that have purchased our skate.

Leesa: There are not enough rutabagas in our sea!

Q.Do all of the boats in Port Orford follow certain sustainability guidelines?

A.Aaron: No, not a detailed set of principles or anything. But just because of the circumstances here — that [our boats] are all 40 feet and smaller, we’re all hook and line fishermen, we’re all family owned — our scale keeps it sustainable. We don’t have the capacity to catch the volume of fish that these larger trawlers do on the West Coasts. Or tow nets and damage habitats.

Leesa: We’re miles ahead of anybody else, any other port, that has a mix of fishermen that are net fishermen and hook-and-line fishermen.

Q.Alright, let’s address the big, scary elephant in the room: Is climate change something that is talked about a lot in the fishing community?

A.Leesa: No. We’re mostly worried about groundfish disaster and every other fishing issue — like price of fuel — that we don’t even get there. That’s not to say we’re not aware of it — we did a whole climate change project in Port Orford with Oregon State University, and we engaged the city as well as the fishermen. It was a very powerful conversation about climate change. But fishermen, they’re in survival mode.

Aaron: Yeah, we’re kind of reeling blow by blow. Obviously I’m not speaking for all, believe me, but we definitely take notice of what’s going on with climate change. Ocean acidification seems to be something that’s a result of climate change, and that looks like it will have impacts much sooner than any actual sea level rise. [If] the shellfish can’t build shells [because of] the calcium depletion, then how long is it before the Dungeness crabs can’t build shells? And then when does it go from there to the vertebrates? When we have an acidic, toxic mess out there, how are these systems going to perform?

Leesa: And I think many fishermen get all that!

Aaron: But there are many fishermen who think that climate change is the most elaborate hoax ever.

Leesa: Yeah that’s true – I mean, it’s a spectrum, like in the U.S. overall. Fishermen get it, but they just don’t feel any control when it comes to influencing [climate change.] We feel not very empowered to play a role in climate change, because those issues are quite large, they’re not discussed at small scale. And we work at a very small scale.

Q.Do you foresee it being a problem that there is this segment of the fishermen population that actively does not care about climate change?

A.Aaron: Oh, I think so. I think it’s really dangerous, the amount of people in this industry that have their heads in the sand. I think it’s going on everywhere, you know — I think it’s a societal norm. But the thing about it is: How can you pursue a solution if you don’t accept the problem to begin with? It’s tough.

Leesa: What is your role in climate change as a fisherman? Is it to change your fishing practices? Because you will be forced to — one degree of temperature change in the ocean changes what your fish are. A two-degree change — I mean, it doesn’t take much at all, if you’re talking about just ocean warming.

Aaron: We’re definitely more subject to change from the standpoint of reacting to — rather than contributing to — global warming. Obviously we have motors in our boats, but I think everybody tries for efficiency in emissions to a certain point. I think that conservation ethics around fishing can be essential to the long-term health and the resiliency of stocks [as they] endure with changing of conditions. I think that’s probably where there needs to be more focus. And that’s one thing I’m disappointed with, that so many fishermen don’t engage, or dismiss the realities of science.

Leesa: I kind of cringe when people tell me, “Oh, fishermen are the greatest conservationists.” I don’t see that at all, and I’m a fisherman’s wife. When you ask [fishermen] to do something, to change their behavior, they want to know what’s in it for them. And if it’s a long-term benefit, most of them are pretty short-sighted because the margins in fishing aren’t that great. Some of them are working just to pay the darn light bill.

Q.Then how do you get fishermen to change their behavior?

A.Leesa: Well for us, small things — like trying to raise the value of fish so that [fishermen] have more opportunity. Without a doubt, if your fishing business is a small boat business and you’re just barely supporting your family, you’re not a guy who’s going to propose a conservation measure that’s voluntary, or even take action. You’re much less likely to do that.

So we pay more than other buyers on the dock, and we raise the prices for the other buyers because they’re meeting our prices. It’s one of the ways that we’re trying to change people’s behavior by just saying, “You’ve got more money now — you have more ability to think about things like conservation.” To be honest, when we first started I thought, everyone’s going to be so excited about doing the right thing! And immediately the fishermen said, ‘What’s in it for me?’ And I thought, oh, these horrible selfish guys — but then I realized [that] it’s okay to say ‘what’s in it for me?’ This is what we do for a living.

I do think the [Port Orford] reserve is a good example of a strategy of how to build resilience in climate change.

Aaron: Long ago, when we were [first] grappling with the issues of marine protection in our waters, we thought that it would be important for us to get a handle on the area that would be our economic range — where we do most of our fishing. We’re talking about place, and the habitats; all the resources we depend on in the area. So we came up with the Port Orford Stewardship area — one that’s adjacent to our community and that we depend on pretty much exclusively, and which we would like to play a major role in protecting and managing. It’s about 920 square miles of ocean and about 400 square miles of land — it goes up into the neighboring watershed that drain into it. So we set some goals and principles for our fishing community.

Leesa: And our reserve is an area completely closed to fishing. It’s an incredible habitat that had been fished pretty hard, and had a lot more potential being left alone than it did continuing to be fished. But anyway, adjacent to that, we had a marine protected area that allows for some uses, like crabbing and salmon trolling. And as far as larger context, it just gives us something to wrap [our] heads around. It’s kind of, in a sense, like a local form of marine spatial planning.

But we think of it just a savings account for the community that allows us to have protection from things — quite frankly, like climate change — where we don’t know what the impacts are going to be. [And] if you have a control, showing what’s going on where there is no human impact, we can kind of measure what kind of effect we are having where we are fishing.