Is Cargill backsliding on its promise to end deforestation? 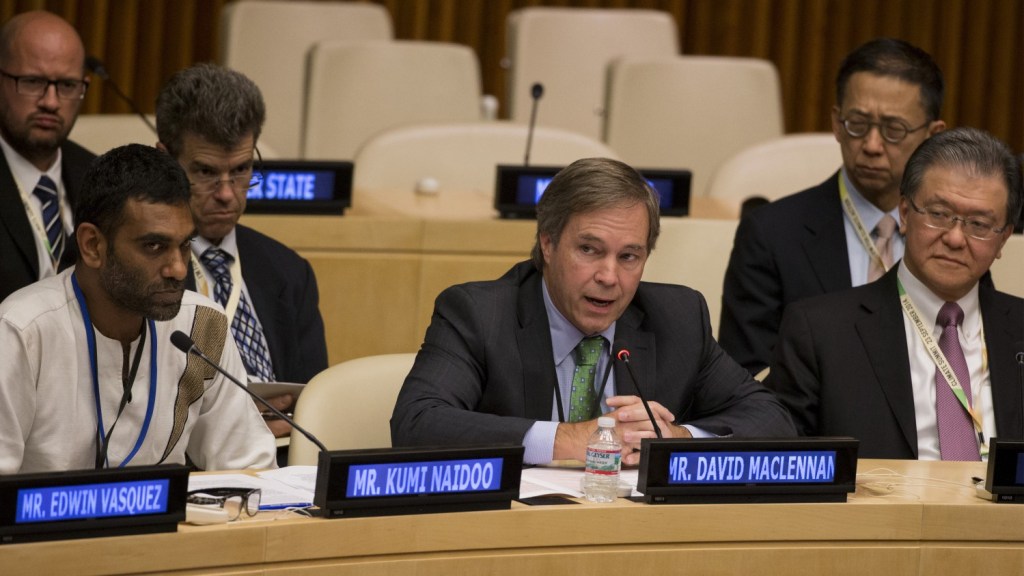 Is Cargill backsliding on its promise to end deforestation?

A year ago, Cargill made headlines for committing to help end deforestation. It was one of many businesses that endorsed the New York Declaration on Forests. But it was the company that captured the spotlight at the U.N. deliberations on that declaration, and I singled Cargill out for special recognition because it seemed to be paying more than lip service to the goal. Cargill wasn’t just saying that it supported the idea of ending deforestation in principle, I wrote; it was making the commitment to end deforestation in all its agricultural supply chains. And Cargill touches just about every agricultural supply chain.

One year later, Cargill has released an action plan, along with a policy for putting these principles into practices — and these documents have made a lot of environmental activists nervous.

“This is being seen as a significant step back,” said Scott Paul, campaign director of the advocacy group Forest Heroes. The advocacy groups are worried because the policy that Cargill released doesn’t explicitly commit to ending deforestation across all commodities by 2020. Cargill did reaffirm the New York Declaration on Forests‘ main goal of eliminating all deforestation by 2030. But there’s another, tighter, deadline — specifically for agricultural commodities like soy, beef, and palm oil — embedded in the declaration. That part of the declaration calls for participating companies to: “Support and help meet the private-sector goal of eliminating deforestation from the production of agricultural commodities such as palm oil, soy, paper and beef products by no later than 2020, recognizing that many companies have even more ambitious targets.” Cargill’s new action plan and policy commit to producing deforestation-free palm oil by 2020, but it doesn’t make that promise for any other commodity.

The activists point out that:

This looked to me like convincing evidence of backsliding. I turned to Cargill and asked its director of communications, Chris Schraeder, for their version of the story. He said that the company policy was very clearly a step forward, not a step back.

“We made an important statement last year — now we’re working on the solutions,” he said in an email. “We understand and share the concerns of the environmental community and also understand the complexity of the issue. It is a challenge and no one has quite figured it out, but we’re working with a variety of stakeholders — farmers, government, experts, and our customers — to move in the right direction.”

That all sounds great, I said. But what about the activists’ logic? Was Schraeder saying that Cargill hadn’t committed to 2020 last year? And if it was going to meet that goal, why not just put that in writing? I started from the activists’ position and kept badgering Schraeder until I started to see where he was coming from.

Schraeder was arguing that we shouldn’t judge companies like Cargill on the absoluteness of the language in their policies but instead on what they are actually doing. Instead of promising the moon and then checking to see if they can deliver, Cargill is saying, “Here’s exactly what we are doing now,” with the aim of achieving the goals in the New York Declaration on Forests.

Activists want companies to commit to exact dates and make big promises. From Cargill’s perspective, it made that big promise last year and says it has no intention of backing away. But instead of explicitly saying it will end deforestation across all of the hundreds of commodities it touches by 2020, Cargill has laid out the on-the-ground measures its taking to achieve those goals.

The problem is that, unless you are inside the company, it’s hard to tell if on-the-ground measures represent significant movement toward the goal, or just a series of smokescreens. So I asked Schraeder for evidence. He referred me to the green groups that are collaborating with Cargill to help them achieve its goals: The World Wildlife Fund, The Forest Trust, and The Nature Conservancy.

“The companies have been happy to make commitments in principle, but less happy to put specific dates to it,” said David Cleary, agricultural leader for The Nature Conservancy. “I do think that they will nail the important, high-visibility commodities. I would be shocked if Cargill didn’t have zero deforestation palm oil and soy by 2020.”

David McLaughlin, vice president of agriculture for the World Wildlife Fund, said, “You take a look at a lot of these companies, and their commitments, and they say very openly, ‘Look, we don’t know how we are going to do this.’ ”
It’s just too risky for many companies to promise a change by a set date before they fully understand the scope of the problem, he added.

Both these Davids have worked with Cargill, so I asked them if they were happy with the company’s progress. They both gave a qualified “yes.”

“I think they are being serious, and they are certainly aware they will be crucified if they don’t follow through,” Cleary said.

Of course, the company really could move faster if it made speed its top priority, and hard deadlines would force it to move deforestation up the list of priorities.

“The U.S. entered and fought and left World War II in less than five years,” Paul reminded me. And then in 1961, he went on, “Kennedy said let’s go to the moon before the end of the decade, and we did. We could end deforestation across agricultural commodities in five years.”

My sense is that many people at Cargill really are committed to that goal, but they don’t want to paint themselves into a corner. Plus, there’s always politics within companies, and surely the people who aren’t fully on board are advocating strongly against making promises that might cost a fortune to keep.

No matter what, the era of commercial mass deforestation is closing. Another big commodities trader, ADM, has made a similar commitment to Cargill’s, and yet another, Bunge, made its commitment just last week. Instead of ignoring the problem of deforestation, these companies are grappling with it. The debate about whether we should end deforestation appears to be over; now the major players have moved on to debating the schedule.