Meet the breakfast cereals that want to destroy you 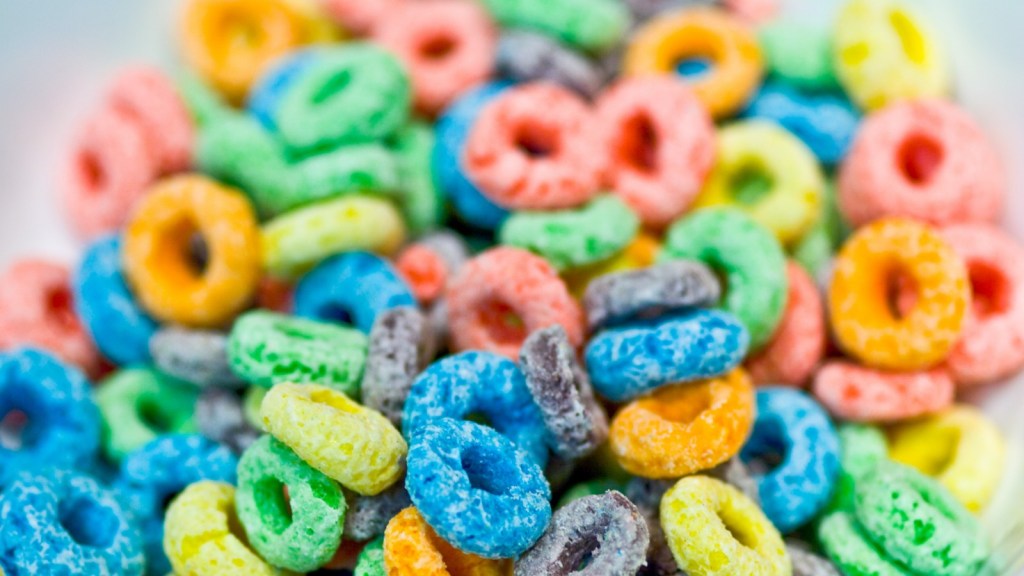 Meet the breakfast cereals that want to destroy you

There’s a breakfast cereal out there that’s 88 percent sugar: Lieber’s Cocoa Frosted Flakes. Basically, it’s a bowl of sugar, with some cocoa for flavor and grain for crunch. Plus a little sugar on top. It’s gluten-free — probably because the makers wanted to make more room for sugar.

That’s an extreme example, but not as extreme as you might hope. An analysis by the Environmental Working Group shows there are 12 common breakfast cereals that are mostly, that is, more than 50 percent, sugar. On average, children’s cereals are 34 percent sugar by weight. Compare that to ice cream, which is usually around 15 percent sugars.

“Kids are eating two to three times the recommended amount of sugars in their cereals,” said Dawn Undurraga, a nutritionist, EWG consultant, and co-author of the report. “It’s just totally out of the ballpark of what people should be eating.”

This is an environmental problem as well as a nutritional problem: Poor nutrition perpetuates actual poverty, and poverty goes hand in hand with bad environmental choices. It’s impossible to prioritize the longterm health of the planet if you are just trying to scrape together enough money to treat a relative’s diabetes.

In doing the research for this report, Undurraga was surprised to learn how much leeway government regulators gave to cereal makers. For instance, the FDA hasn’t adjusted the minuscule amount it considers a “serving,” even though its data suggests that the average bowl of cereal is nearly a third larger. Regulators allow even the most sugary cereals to make health claims on their boxes. So, for instance, Food Lion Sugar Frosted Wheat Puffs (56 percent sugar) helpfully tells parents that it contains “11 essential vitamins & minerals.” The FDA doesn’t allow foods with too much salt or saturated fat to make health claims like this, but it has set no upper limit on sugar.

Sugar has been especially difficult to regulate, in part because dietary science is so murky. Human metabolism is complex enough that it’s easy to drum up studies suggesting that there’s no clear upper limit where sugar consumption becomes universally unhealthy.

The other reason that sugar has been so hard to regulate is that it benefits from having some extremely powerful friends.

When I looked into this history (for my book) I came across all sorts of fun stories. George W. Bush threatened to cut all funding to the World Health Organization when it had the temerity to suggest that people eat a diet consisting of no more than 10 percent sugar. And, on the other side of the aisle, Bill Clinton interrupted one of his oval office sessions with Monica Lewinsky to take a personal call from a sugar tycoon. Now that’s what I call access.

The perfect science isn’t in, and won’t be for years. But there’s certainly enough evidence now to limit the amount of empty calories we’re eating. Serving kids desserts for breakfast (and surely anything that’s 34 percent sugar is a dessert) is simply ridiculous.

Not all cereals are terrible. Those with four grams of sugar or less per serving met the EWG’s criteria for low-sugar cereals. They include some common brands: Cheerios, Kellogg’s Corn Flakes, Crispix, and Rice Krispies (until, of course, you mix them with melted marshmallows). For more details, see the complete report here.