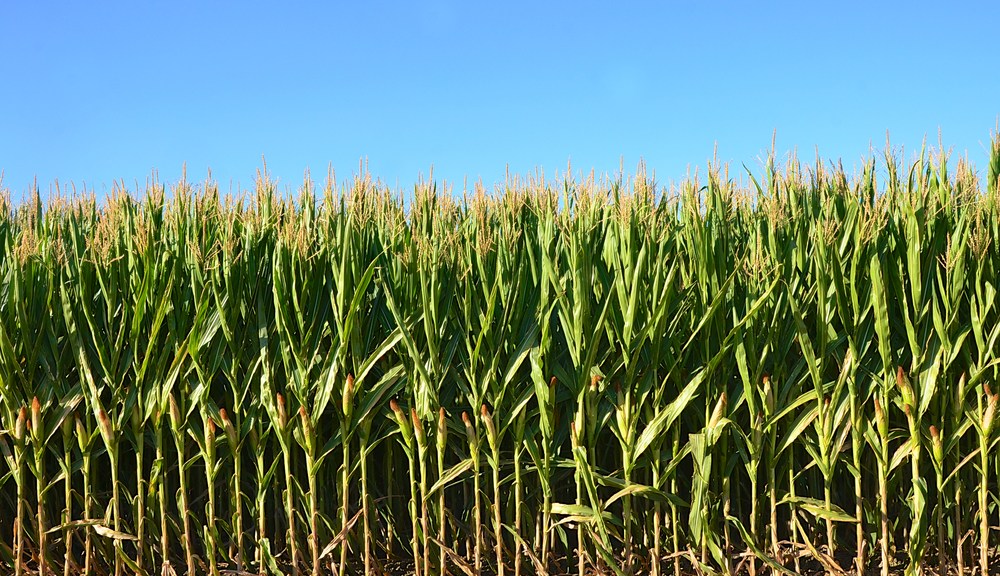 Corn reproduction can be unruly, as I wrote here. It’s hard to segregate different crop types. But if you are willing to accept a few illegitimate kernels, it is possible to maintain relatively isolated strains. It all depends on your tolerance for mixing: It’s pretty easy to prevent 95 percent of crosses — it’s that last 5 percent that’s tricky, and the last .01 percent is nearly impossible.

One of the people I’d wanted to talk to about the issue of intermingling genes was Nicholas Kalaitzandonakes of the University of Missouri. As an economist, Kalaitzandonakes is strictly concerned with the economic effect that errant pollen can have on a farmer. And what Kalaitzandonakes has seen in his experiments has made him optimistic for a future where many different types of corn — genetically modified or no — grow side by side without much mixing.

Most pollen falls near the stalk, and planting a barrier row of corn can help protect a field, he said. Furthermore, you can use time to isolate corn as well as space. The flowering times of the plants are fixed, so if you plant one corn a few weeks after another, they won’t crossbreed, even if they are side by side.

Of course, none of this matters if you want perfect purity: Sooner or later a grain of pollen will travel far enough to find a receptive tassel. But hardly anyone is asking for perfect purity. From those concerned that genetically modified seeds might have some unknown health risk, to those who want to make sure that their sweet corn doesn’t have blue kernels, most people allow a margin of tolerance.

The Non-GMO Project, for instance, tolerates 0.9 percent genetically modified seed. And when a farmer fails that test, Kalaitzandonakes said, there’s almost always another market with a slightly higher tolerance to sell to.

That’s true, Lynn Clarkson told me. Clarkson is president of specialty grain producer Clarkson Grain, and I’d spoken with him extensively for my previous piece. For instance, a producer of organic grain that contained too much transgenic seed for the food producers could still sell it as organic animal feed. But, Clarkson said, sometimes people still lose a lot of money. The cost of trucking grain 1,000 miles to a purchaser might be $4,000. And a farmer could lose another $5,000 selling a truckload of grain as organic feed, rather than organic food.

There’s another way to prevent genetic spread: genetics. And there’s a little more nuance to add on this point as well. In my previous piece I called the use of genetic engineering to create sterile seeds “terminator technology.” Plant scientists generally dislike this term because it was coined by the anti-GMO ETC Group, which effectively used it to frame the debate. “Terminator seeds” sounded like something bad — something from the future that would kill you, even — and the catchy name stuck in people’s heads.

“That stopped innovation, in my opinion,” said Roger Beachy, head of the World Food Center at UC Davis.

The industry and scientists have a preferred acronym: GURT, which stands for “genetic use restriction technology.” (You can see why the activists won the branding battle on that one.)

But if you are concerned about genetic spread, a terminator is just what you want. It doesn’t have to be pejorative — it’s bad for farmers who want to reuse GE seeds without paying for them, but it’s good for eaters and cooks who want strict control over their food.

There are several versions of this technology on the shelf. They wouldn’t prevent cross-pollination, Beachy said, but they would prevent second-generation plants from popping up in a field a year or two after their parents’ crop, and would also prevent genes from spreading into the breeding pool used to develop new seeds. It should be possible to develop the technology to prevent cross-pollination entirely, Beachy said.

There are already seeds available, though not GURTs or terminators, that strongly favor pollen of their own kind to discourage cross-pollination.

By using time, distance, barrier rows, and genetic technologies, farmers can keep their crops relatively isolated. But relative isolation isn’t good enough for people who want their food absolutely pure, GMO-free. And there’s the crux: The ideas of purity and contamination seem essential to one group of people and ridiculous to another. It’s hard to get these people to sit down at the same table, let alone eat from it.