Playing the field: Corn likes to sleep around -- and that makes it hard to control GMOs 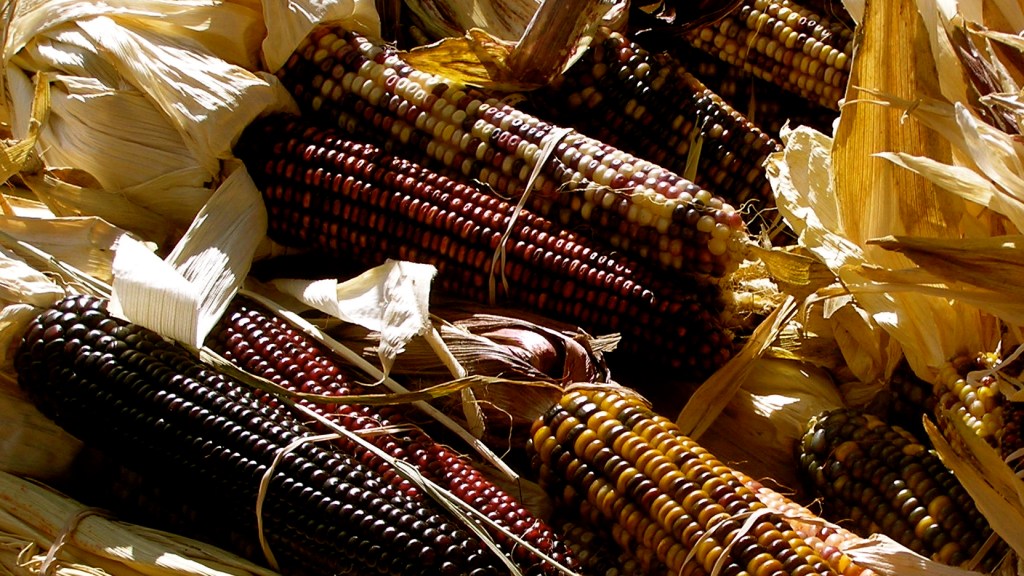 Playing the field: Corn likes to sleep around — and that makes it hard to control GMOs

If there’s one thing that everyone in the GMO debate agrees upon, it’s that pollen spreads. It’s a basic fact of biology: Sex has always been hard to control. Expecting corn DNA to stop hustling around the gene pool once it’s been genetically engineered makes as much sense as expecting teenagers to become celibate once they get smartphones.

The technology that farmers use to keep plants from spreading their genes is pretty simple: It’s called distance. Keep cornfields 100 feet apart and you pretty much solve the problem, says Lynn Clarkson, president of specialty grain producer Clarkson Grain. For soy fields, 12 feet is enough, because soy pollen isn’t designed to fly. (Self-pollinating plants like soy are the introverts of the vegetable world; they mostly have sex with themselves.)

Distance, however, provides statistical prevention, not absolute prevention. A distance of 660 feet between cornfields is 99 percent effective at preventing breeding. At 1,000 feet, the effectiveness goes up to 99.5 percent. But it’s nearly impossible to get to 100 percent.

Clarkson understands this because his company deals in blue corn: “We have a pretty good sense of how far pollen will drift because blue kernels show up like beacons on yellow corn cobs.” It takes a separate grain of pollen to fertilize each kernel, so every cob provides a visual representation of the statistics in blue and yellow. “We’ve gotten calls from five miles away,” Clarkson says. “And a good Midwestern thunderstorm with big updrafts can move pollen hundreds of miles.”

So the question becomes: Who is responsible for controlling the plants? Should the person who wants carefully controlled genetics be responsible for planting in a secluded spot? Or do farmers with the potentially problematic pollen have a responsibility to keep their pollen out of other people’s fields?

When farmers call Clarkson, they aren’t normally thrilled about the colorful nature of their crop. “They say, get your blue corn out of my field,” Clarkson says. “So I always ask, ‘Are you growing GMO corn?’ They’ll say: ‘Well, yes.’”

“I’ll say, ‘If you have our blue corn pollen in your field, we probably have your GMO pollen in ours,’” Clarkson says. “Then maybe we could talk about some reciprocity.”

The question of reciprocity becomes important when farmers try to oppose nature’s tendency to mix things up, and keep their crop genetics pure. This isn’t simply a battle of organic versus biotech. It’s more complex and interesting than that. Organic farmers are certainly concerned about keeping GMOs out of their fields. But increasingly biotech farmers will fall into this category as well as they start to grow crops with special characteristics.

For instance, DuPont now has a genetically engineered soybean, called Plenish, that produces high-oleic oil. Plenish oil has properties that make it a good replacement for transfats, but in order to get this oil you need a relatively pure crop. Then there’s Syngenta’s Enogen corn, bred to produce the starch-busting enzyme amylase for biofuels, so it essentially breaks itself down in preparation for its liquid future. But if just one kernel in 10,000 gets into a tortilla-chip factory, you’re going to end up with a ton of mushy chips.

You can see how these specialty transgenic traits could cause more arguments about who is responsible for flying pollen. Of course this problem is not purely a function of biotech crops, and as you can judge from Clarkson’s blue-corn example, it’s not even anything new. So far, farmers have mostly been able to sort out these issues over the fence, by talking to each other. That might not be so easy in the future.

“It will become a bigger issue as more biotech crops come on line,” said Greg Jaffe, director of biotechnology at the Center for Science in the Public Interest. The industry could bring out more functional traits (like high-amylase corn and high-oleic soy). Biotech companies had considered growing pharmaceuticals in food crops, but so far they haven’t done it, in part because of the problems that could be caused by pollen in the wrong places.

The proliferation of functional crops could make strange bedfellows. Once high-amylase corn starts spreading pollen, that could force people who need corn for tortilla chips into the arms of organic farmers. Both might demand compensation from the farmers whose pollen ended up in their fields. But so far that kind of reasoning hasn’t affected the debate: When organic and conventional farmers met in a USDA advisory group, they could only agree that someone (perhaps U.S. taxpayers through crop insurance) should pay for accidental pollination of the wrong fields.

There is one technological solution for this problem: the terminator gene. This has nothing to do with Arnold Schwarzenegger killing Sarah Connor; it’s the common name for a technology patented by the Delta and Pine Land Company in 1998 — one that makes the seeds from transgenic pollen and plants sterile. The whole point of the terminator technology is to make sure that there is no hasta la vista. After one generation it’s done: It won’t be back. But it has never been put into use, thanks to the resistance of various activist groups that want farmers to have the means to use and replant genetically modified seeds. Terminator genes would prevent unwanted pollination, but they would also force farmers who use patented GM seed to buy it fresh each year, rather than saving it from the previous crop.

Because corn is so promiscuous, it’s almost impossible to find seed grain that’s completely free of kernels containing a little bit of transgenic DNA, Clarkson said. Food companies buying non-GM corn understand this: If they had zero tolerance for transgenic DNA, they’d never find any grain to buy. Everyone from GMO-free food processors in Europe to the Non-GMO Project set their tolerance at .9 percent. In other words, there must be fewer than one kernel of GM corn for every 100 non-GM kernels.

The idea of purity — and inversely, the idea of contamination — is moot at this point, Clarkson said. That genie is out of the bottle and, libertine that it is, disseminating genes far and wide.