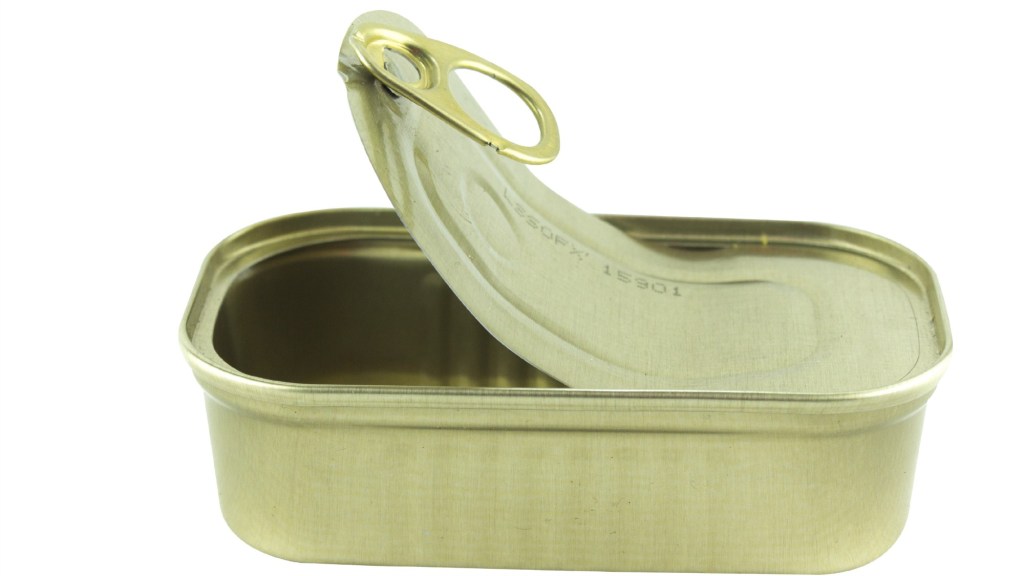 When Canadian fishermen headed out for their annual sardine hunt in the Pacific Ocean earlier this fall, they got a rude surprise. Their nets came up empty.

Sardine numbers have been in severe decline along the entire West Coast this season, prompting U.S. fisheries authorities to slash catch limits. Fears abound that the fishery’s decline will reverberate through the coming years, if not decades. It’s happened before: Monterey, Calif.’s famed Cannery Row turned into a ghost town following a sardine collapse in 1950s.

Fishermen lucky enough to come across schools of sardines off the coasts of California, Oregon, and Washington during the first six months of next year will be allowed to haul in no more than 5,446 metric tons of the baitfish, down nearly 70 percent from the quota this year. The Associated Press reports:

Marci Yaremko of the California Department of Fish and Wildlife says the [Pacific Fishery Management Council] decided to take an even more precautionary approach than management guidelines call for because the current assessment was lacking some information, such as surveys showing too few sardines are being born to replace the ones that are caught or eaten by other fish.

“Nothing is suggesting the biomass is stable,” said Yaremko, who made the motion to cut the harvest. “Everything suggests a decline.”

Harvests are valued at $9 million to $15 million a year. Most of the fish are exported to Asia, where some are canned and others are used as tuna bait.

The sardine population off the west of Canada is in even worse shape. New Scientist reports that its decline could be due to overfishing and to the cooling of waters off the West Coast since the 1990s (yes, the Pacific Ocean is warming, and doing so at a dangerous and alarming rate, but ocean weather varies by geography, just as it does on land):

[T]he vanishing of the Canadian fish is part of a process that could mean they all disappear for decades, says Juan Zwolinski of the University of California at Santa Cruz.

“We think this is set to happen again,” says Zwolinski, who tracked the population over the past century. He found that sardines have reproduced less since waters cooled in the 1990s. Almost all eggs now come from fish born a decade ago, which are nearly gone.

What’s more, acoustic results show that the fish have become smaller over the past decade, partly because of chillier water.