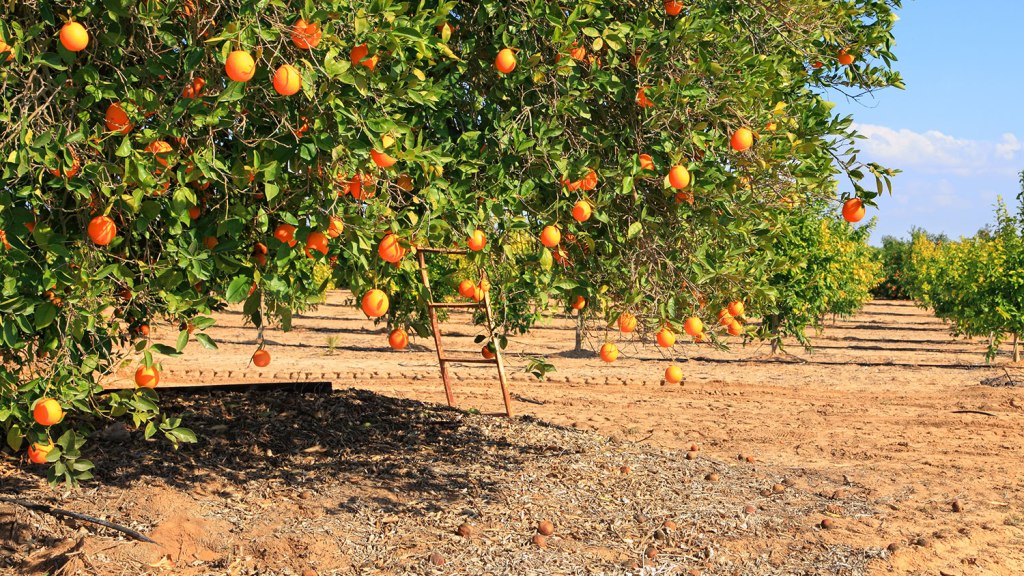 As I grew up in Southern California, avocados and oranges were always a family favorite. We looked forward to the warmer months when the local fruits became bountiful and dotted farmers markets and restaurant menus everywhere. On family trips to the beach, we’d drive past miles of orange and lemon orchards. In my mind, those orchards are an iconic image of life in the Golden State.

But that picture might soon change, thanks to the ongoing California drought. In northern San Diego County, where citrus and avocados are the most popular crops, farmers have closed thousands of thirsty acres because of the expensive and dwindling water supply, NPR reports.

As water prices soar in San Diego County, some growers have converted orchards into vineyards since grapes use 25 percent less water, tripling the number of local wineries in recent years, NPR reports. Other farmers are looking for even less thirsty crops, including persimmon, pistachio, pomegranate, and dragonfruit.

While this is a big change for farmers throughout the state, California agriculture had already been shifting, NPR reports:

Daniel Sumner, an economist at the University of California, Davis, says the drought is intensifying a trend that was already unfolding.

“The context is that what we produce in California has been changing for 200 years,” Sumner says. You go back 140 years ago, California was the second-biggest wheat state in the country. The Central Valley was dry land, wheat farming. We were second to Kansas.”

As late as the 1980s, California was a leading cotton producer at 1.5 million acres. This year’s cotton crop is expected to be about a tenth of that. Sumner says in today’s market, cotton farmers can’t make ends meet, so they’re switching to almonds, pistachios or wine grapes.

But, even though water-thirsty crops like almonds are under scrutiny, Sumner expects dry times and high water prices to continue to push California’s farmland away from row crops and pasture, and toward higher-value orchards and vineyards.

So while it is sad that my home state’s famed citrus orchards are diminishing, there’s certainly an interesting (and delicious) fruit future ahead.