Ever since Thomas Malthus got it started in 1798, people have been warning that population growth, given enough time, would lead to famine and environmental destruction. There would eventually be too many mouths to feed. But now a new study, published in The Lancet, forecasts new threats to the economic and social order caused by precipitous population decline.

The world population is now 7.8 billion, up from 3.5 billion less than 50 years ago. Previous estimates suggested we wouldn’t reach “peak humanity,” the point at which things start going to hell, for generations. The most recent United Nations projections see population growth stopping at around 11 billion people near the end of the century. This new study from the Institute of Health Metrics and Evaluation at the University of Washington found that the population might peak at 9.7 billion around 2064 — much sooner than previously predicted — and then fall to 8.8 billion by 2100. 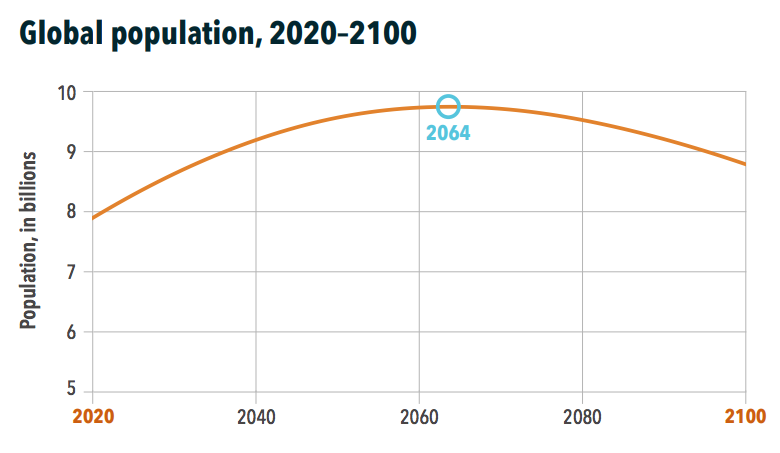 Unlike this one, the old graphs just kept going up. Institute of Health Metrics and Evaluation

On the face of it, this seems like good news. There’s no doubt that fewer people would relieve pressure on the environment, especially if there were fewer meat-eating, car-driving, computer-buying people. Not as many people taking long-haul flights and buying houses means that a smaller portion of the earth will be devoted to filling the human maw. The authors of this new paper acknowledge that their findings are good news for those who seek to reverse climate change and save orangutans. Moreover, if the world met the UN’s sustainable development goals — educating kids, stamping out disease, providing access to contraception, and spreading prosperity — the planet’s population would likely fall even more abruptly. It’s now clear that improving people’s lives — not population control measures — have been key to driving down fertility rates.

In the future described by this study, richer countries like Japan could age into insignificance, while Nigeria might grow to become a vibrant power broker. By 2100, the populations of Japan, Spain, Italy and South Korea could be half the size they are today. The United States treads water in this projection, buoyed by immigration. Rich European countries like Germany and the Netherlands might stop restricting immigration and begin competing with each other to attract migrants.

So what’s the problem? Picture millions of confused seniors wandering around without enough youngsters to corral them. In 2100, if the paper’s projection prove correct, there will be five people over 80 for every one kid under the age of five, and fewer people with jobs than without. There would be a big increase in elderly folks grasping for pensions and healthcare as the number of taxpayers covering the cost of these benefits dwindle. Economies would sputter and choke.

Governments might consider dystopian Handmaid’s Tale-type policies to boost baby making. “A very real danger exists that, in the face of declining population, some countries might consider policies that restrict access to reproductive health services, with potentially devastating consequences,” said Christopher Murray, the institute’s director, in a statement. 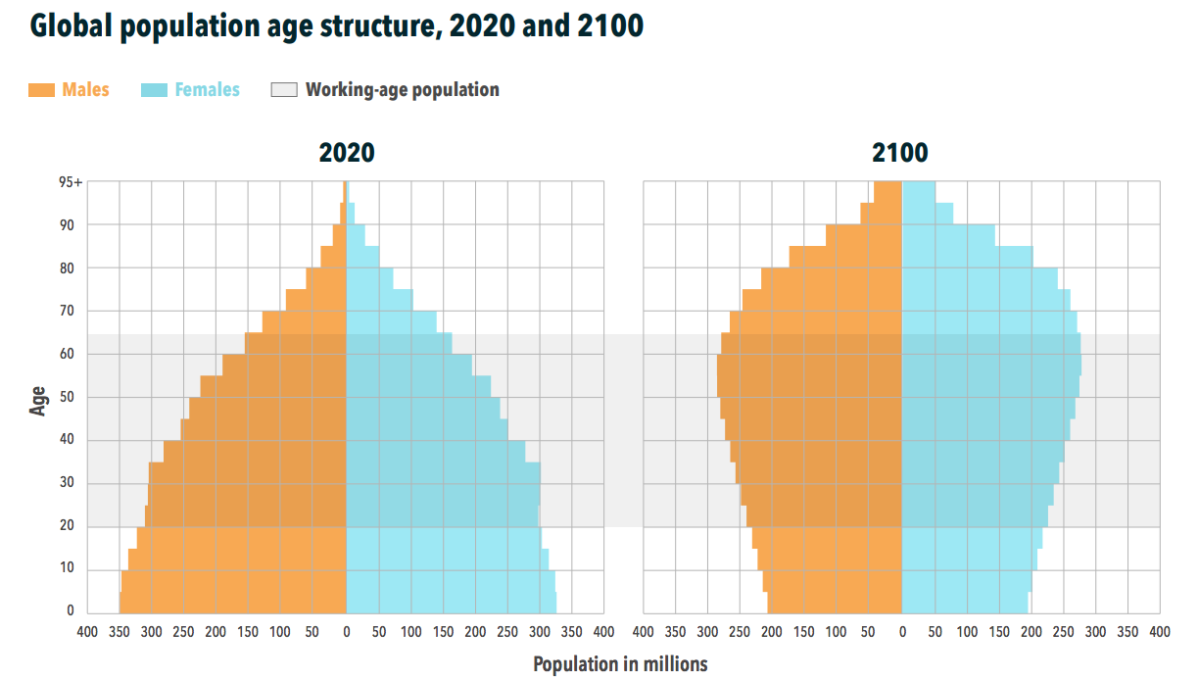 We’ve never experienced this before. Institute of Health Metrics and Evaluation

But before we become too focused on the problems of depopulation, let’s just take a moment to celebrate the success on the problem of overpopulation. It’s looking more and more like the world is heading off Malthus’s grim predictions. And we now know for certain that it’s not coercive sterilizations and one-child policies that are stopping population growth, but medicine, prosperity, and education.