This McDonald's shill is preaching diet tips in schools 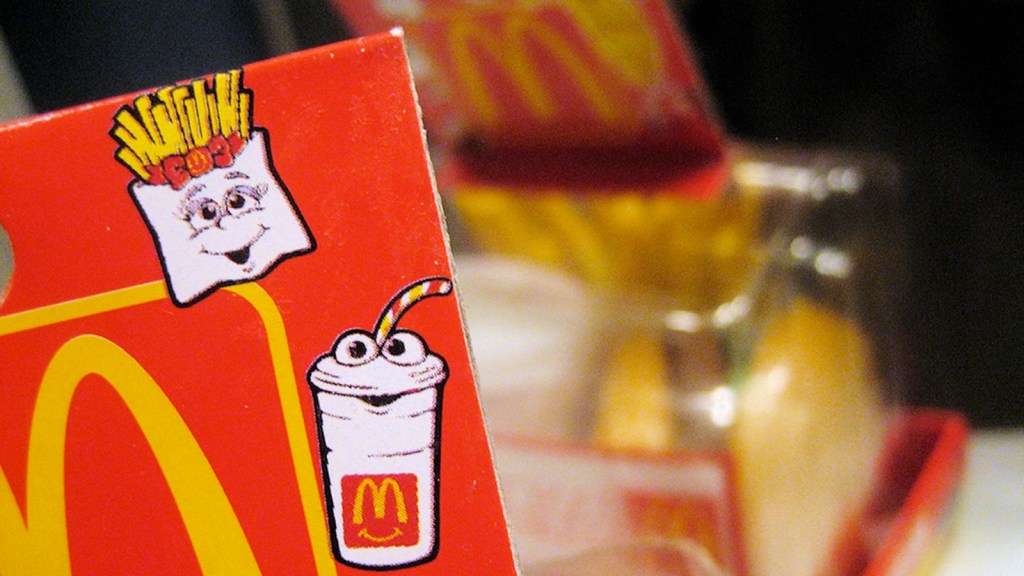 This McDonald’s shill is preaching diet tips in schools

A Big Mac washed down with some McNuggets isn’t generally considered diet food. But when former high school biology teacher John Cisna ate all his meals at McDonald’s for 90 days, he claims that he actually lost 37 pounds. Despite popular suspicion that this weight loss was either due to his body rejecting the food-like matter or a fun combination of diet pills and a parasite, Cisna now tours the country preaching the gospel of the McD’s Diet — to children.

Cisna started this meal plan with a friend (who happens to be a McDonald’s franchisee) in response to the 2004 movie Super Size Me, in which filmmaker Morgan Spurlock ate exclusively McDonald’s for 30 days, gained 24 pounds, and suffered from a combo platter of negative health effects. But when Cisna undertook a similar challenge, he allegedly dropped several pants sizes and even lowered his cholesterol — and so, naturally, he wrote a book and made a film about his experiment. Here’s the book description from Amazon:

Lose weight eating fast food! Iowa science teacher John Cisna has proven that it’s possible to lose 37 pounds by eating nothing but McDonald’s for breakfast, lunch and dinner for 90 days straight. In this informative, witty and entertaining guide to dieting success, John explains how you can lose weight while still eating the foods you love, like Big Macs and Hot Fudge Sundaes. He’ll show you why it’s not the fast food companies making people fat, and how the combination of a sensible calorie plan and moderate exercise can help you melt away the pounds, lower your cholesterol and energize your life. Whether you eat fast food because you’re busy, on a budget or just love the taste, you now have permission to enjoy a Quarter Pounder and fries.

Now, Cisna has taken his message across the country, screening his film 540 Meals: Choices Make the Difference in middle schools, high schools, and colleges. “I’m not endorsing fast foods. I’m endorsing that kids need to start using critical thinking skills when it comes to making the right choices of what they eat,” Cisna told USA TODAY.

And who’s footing the bill for this public service? Surprise! McDonald’s.

Parents, naturally, are not thrilled that their children are being taught that McFlurries are good for them. Houston parent Bettina Siegel started a change.org petition to keep the program out of schools. It reads, in part:

I recently learned that McDonald’s wants middle and high schools around the country to screen its new “nutrition education” film, 540 Meals: Choices Make the Difference. The film follows a science teacher, John Cisna, who ate nothing but McDonald’s for six months and lost weight by significantly cutting his calories.

The film is pitched to schools as “educational”  – it even comes with a “Teachers Discussion Guide” prepared by McDonald’s – but in reality it’s little more than a heavily-branded infomercial for the fast food chain, one that seems cynically calculated to get kids to eat even more fast food than they do now. In this era of childhood obesity, that’s a terrible idea.

When we reached out to Ronald McDonald for comment, he took a drag of his cigarette, threw his wallet onto the table, and said, “You wanna talk?? Super size this, motherfuckers.”