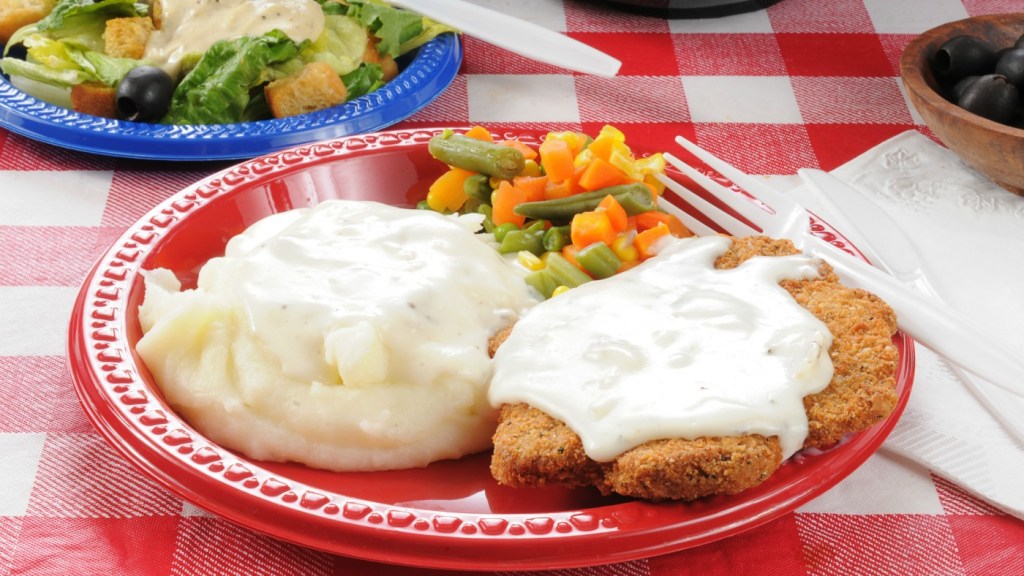 We pulled into the tiny Eastern Montana town on the promise of top-notch chicken-fried steak. Wheat swayed in fields at the edge of town and bulls bellowed in the distance. Deep in the heart of agriculture land, the hostess/server/prep chef opened the freezer and I caught a glimpse of the Sysco box.

It’s quite obvious and common, but it never fails to strike me as bizarre: You can be surrounded by fields and still eat something from thousands of miles away. Convoluted supply chains and lack of local infrastructure mean somewhere else’s cattle traveled long distances to feedlots to processing plants to distribution centers, to end up on your plate with a thin coat of somewhere else’s wheat.

I thought of this scene while reading a New York Times piece on Plains, Kan., population 1,150. The town began as a farm hub, and while its economy remains largely agricultural, Plains hasn’t had a grocery store for 13 years. Here’s more from the Times:

[U]nlike a century ago, residents now must look beyond downtown to buy the essentials. Shoppers can purchase some food at a gas station in town, but a full selection of groceries requires a 14-mile drive to Meade, the county seat, or a longer one to Liberal, an economic center with about 20,000 residents, several meatpacking plants and large chain stores and restaurants.

Plains resident Jeanne Roberts has spearheaded the effort to open a new grocery store for the last six years. Through a nonprofit, Roberts and others have managed to raise $400,000 from grants and fundraisers — just about enough to buy land for the store. Grocery store supporters hope to raise another $1 million, enough to get the store built, stocked, and staffed.

If this seems like an exorbitant price tag for something as basic as access to food, that’s because — relatively speaking — it is. One professor quoted in the Times story wasn’t sure that locals wouldn’t still end up driving to the nearest Walmart anyway:

“People will drive 25 miles or 30 miles, where the local grocery is not going to be able to compete in terms of price or in terms of selection,” [University of Kansas professor Donald] Stull said. “That’s what they’re battling against. I’m not saying people won’t do it, but it’s an uphill battle.”

Therein lies the rub of our insane food system: We’ve consolidated and centralized everything from the production plant to the grocery store. This has made our food cheap — to the point where Americans spend a smaller fraction of our income on groceries than any other country. But a lack of competition from the big players means low prices for farmers. Those who can squeak by end up driving past 30 miles of food to buy another farmer’s thin margins.

There’s also a downside in terms of flavor. Technically, there was nothing wrong with the Sysco steak on my plate; it tasted fine. I walked in knowing this was no locavore haven, and yet the glimpse into the freezer dulled my tastebuds. The town’s famed steak got its flavor elsewhere. I poured on the Heinz and finished it anyway.