2014, for environmentalism, was a year of both the big guy and the little guy: The biggest changes seemed to come either at the federal level (as in new EPA regulations) and at the city level (as with many successful battles against new coal export facilities). This was the year that environmentalists in Washington continued to push through new power plant emissions regulations, and environmentalists across the country got smart about regional organizing. It was the year that a collaboration between environmental and civil rights groups began to form. And it was a year that a chain reaction, due mostly to local, grassroots work, delayed Keystone XL to the point where its approval seems a lot less likely.

So what does 2015 hold for rabblerousing? Herewith, a few theories.

Now that the price of oil has collapsed, environmentalists at the local level can press their advantage and regulate the hell out of it. 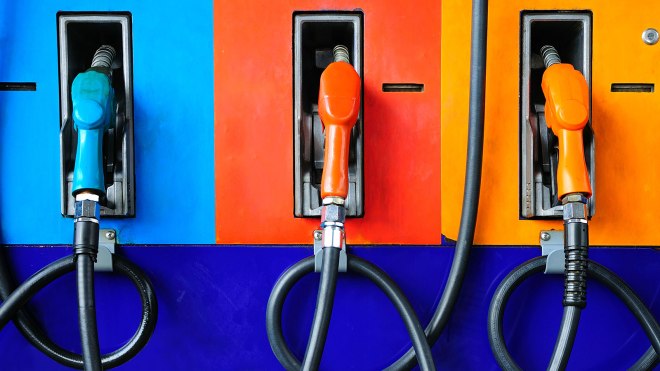 Right now the price for U.S. crude is about $54 per barrel — which is the lowest it’s been since the recession of 2008, and way lower than the $110 per barrel that it was trading at earlier this summer. The biggest oil producer in OPEC, Saudi Arabia, now believes oil prices could stabilize at around $60 a barrel. This year, we’ve heard a fair share of gleeful statements about how the U.S. now produces more oil than the Saudis do. But the truth is that, if Saudi Arabia can produce a barrel of oil for less than $10, and U.S. companies need to spend at least $65 to get that same barrel, there’s not much to stop the Saudis from flooding the world with bargain oil until the U.S. shale boom goes belly up. That is more or less what’s happening, except that the Saudis are also kneecapping oil production in Russia and Iran too, which softens the blow to U.S. interests.

Wells that are producing oil or gas today will keep working, because they’ve been paid for already. But once they run out (and shale wells run out within a few years), oil companies will find it hard to fund new ones. Permit applications to drill new wells across the U.S. already dropped 40 percent last November. All of this means that oil companies will have less money — and less incentive — to throw money into local politics.

Oil prices will rise again eventually — and that’s good, too, because when oil is cheap, people tend to waste it. But in the meantime, there’s a window of opportunity to break the stranglehold that oil producers have maintained over local and state politics in oil-producing or -shipping regions. It’s also a great time to push divestment.

Pope Francis could prove to be environmentalists’ secret dream pope. 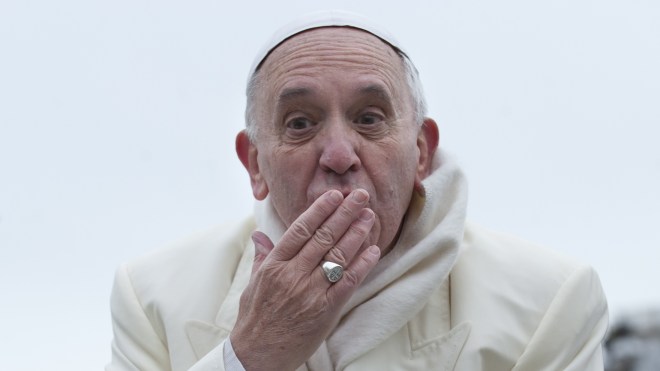 Throughout 2014, Pope Francis has been drafting an encyclical on ecology (a.k.a. “a big green manifesto“) meant to guide the world’s 1.2 billion Catholics in their interactions with creation. Said edict is scheduled for publication this coming March, right after a papal visit to Tacloban, a city in the Philippines that was destroyed by Typhoon Haiyan.

Pope Francis is not the first pope to mention climate change, but he is the pope who has roused a lot of slumbering environmental dreams and hopes: He named himself after St. Francis of Assisi, he likes to ride the bus, and while it would be great environmentally if he would endorse birth control, he doesn’t seem to be as ardently against it as his predecessors.

For environmentalists, the most relevant thing about Pope Francis may not be his own papal utterances, but what kind of rumblings could emerge from the broader ranks of the Catholic Church under his leadership. Remember Liberation Theology? In the  mid ’60s, many priests within the Catholic Church — especially in Latin America — wanted to focus on poverty and social justice rather than on telling people how to live their lives. They encountered serious pushback from the church hierarchy, and some of the movement’s most ardent supporters found their careers destroyed.

Pope Francis has made an effort to undo some of the punishments that the Vatican doled out in that era. He invited the man who invented the term “Liberation Theology” — the Dominican Fr. Gustavo Gutiérrez — to meet with him at the Vatican. This summer, he reinstated Father Miguel D’Escoto Brockmann, a Nicaraguan priest who had been banned from celebrating mass for 30 years as part of the Vatican’s crackdown on liberation theology.

All of this suggests that — even if Francis doesn’t turn out to be the environmentalist pope of everyone’s hopes and dreams — he’s a pope who is disinclined to punish priests or parishes that choose to take a stand on environmental issues. This creates opportunity at the grassroots level to take a stand against, say, those U.S. bishops who want to forbid doctors at Catholic hospitals from doing tubal ligations.

It’s the make-it-or-break-it year for collaboration between environmental justice activists and the climate change movement. 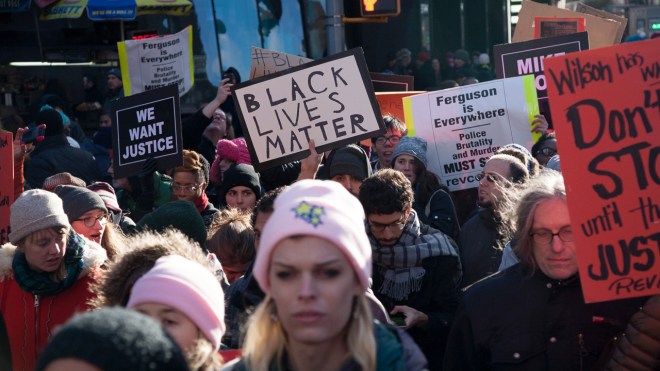 There’s a lot of hope in the air. Last fall’s People’s Climate March did contain Whitmanesqe multitudes, coexisting in the same space with evident delight. After decades of anti-immigration leanings (including an attempted takeover by anti-immigration activists in 2004), the Sierra Club came out in favor of a path to citizenship for undocumented immigrants last year. This year, the president of the Sierra Club wrote several letters in support of the protests around Black Lives Matter.

There’s also a certain amount of unease. A month ago, I ran into a young Latino activist who had bought a ticket on the People’s Climate Train out to the march. He described the experience as an education in just how tone-deaf some climate change campaigners can be when it comes to interacting with allies of color — from the white college student who told him that it was OK for her to use the n-word while she was freestyling because “we’re all a part of the same struggle,” to another young white activist who said she didn’t see the point of talking about race because she “wasn’t tribal like that.”

These things happen; there are going to be clueless people in every movement. But if activists of color are going to keep on showing up and collaborating, they will need enough power to counteract this kind of naiveté. Robert Bullard, the father of the environmental justice movement, has declared that, if environmental groups have any sense, they’ll declare 2015 “the year of diversity.” Grist’s Brentin Mock has compiled a variety of perspectives on how that could actually be accomplished. It’s well worth reading — and then well worth working to make it happen.