6 ways the Rio Olympics are failing on sustainability 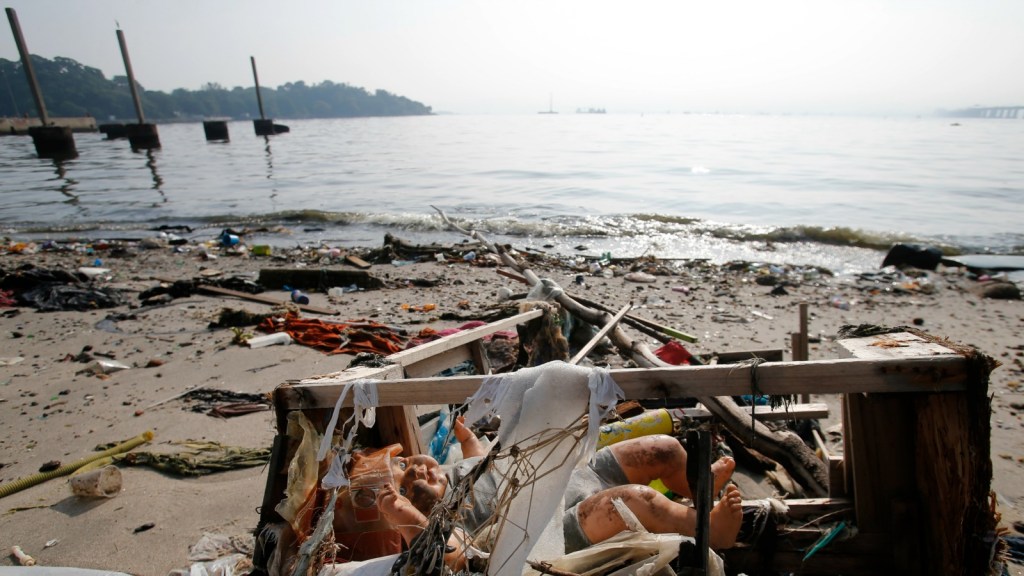 6 ways the Rio Olympics are failing on sustainability

Brazil wooed the International Olympic Committee with promises of sustainability when it made its bid in 2009 for Rio to host the games, but it hasn’t followed through on those pledges. From waters teeming with pathogens to transportation troubles, the Rio Olympics are looking like a hot mess. Of course, lots of past Olympics looked disastrous just before they kicked off too.

1. There’s something in the water

Athletes have been advised to keep their mouths closed when swimming or sailing, as Olympic waters have been found to have virus levels 1.7 million times higher that what would be considered worrisome in the U.S. Rio constructed barriers to keep trash out of the main areas where events are being held, but that won’t stop the sewage and pathogens from floating in (though they might stop body parts from washing ashore).

Rio’s traffic is so bad (it’s the fourth most congested city in the world) that members of the International Olympic Committee are already regretting the decision to hold the games there. A $3 billion subway extension was massively delayed and has just barely opened. And earlier this year, a new bike path constructed for the games collapsed, raising safety concerns.

Even though Zika infection rates are slowing down because it’s winter in Brazil, there are plenty of diseases and illnesses to worry about, including dengue fever, rotavirus, norovirus, and hepatitis A. Oh, and as if that’s not already enough, drug-resistant superbacteria.

An estimated 77,000 people have been evicted from their homes to make way for infrastructure for the games, and entire neighborhoods have been bulldozed.

The controversial Olympics golf course was built in a sensitive coastal area, and environmentalists say it destroyed habitat and harmed native plants and animals, including endangered species. But it didn’t drive all the animals away: The golf course is still teeming with wildlife like capybaras, sloths, boa constrictors, and miniature crocodiles, so organizers have hired five handlers to keep potentially dangerous critters away from players during game time.

The Olympics require a vast amount of construction in a short amount of time, and that’s led to buildings that aren’t up to code. Haphazard construction has already caused gas leaks, a small fire, and plumbing mishaps in the Olympic Village. Conditions have prompted some athletes to stay in hotels or luxury cruise ships instead.

Most Brazilians think the 2016 Olympics will do more harm than good. Judging by what we’ve seen so far, the average Brazilian citizen just might be smarter than the Olympic organizers.