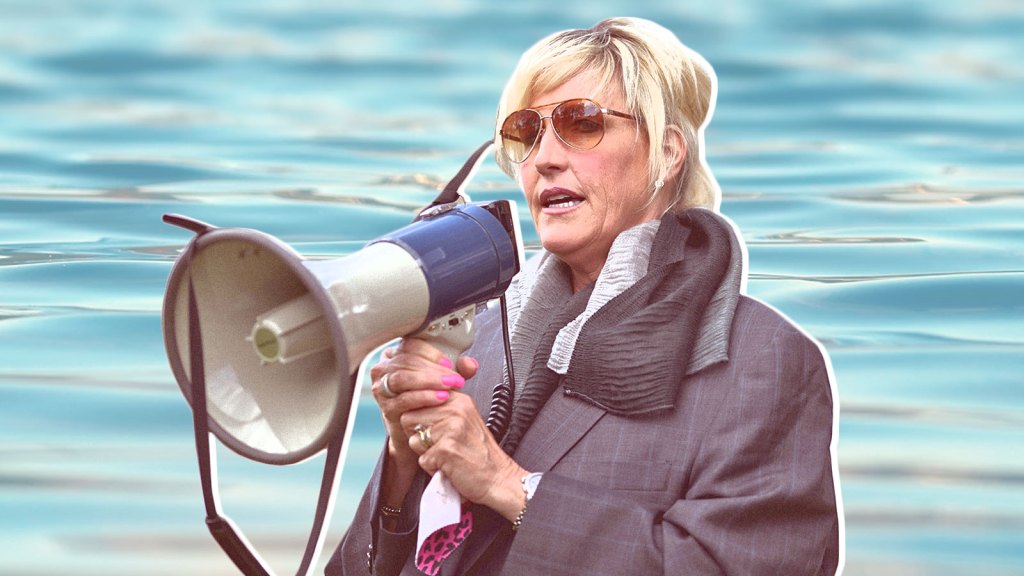 Longtime activist Erin Brockovich believes that many water contamination incidents might never come to light, were it not for the heroic efforts of everyday people worried about their families and neighbors. Throughout her more than two decades of activism, she has seen how government agencies and elected officials have been slow to respond, leaving it up to those most affected by contaminated water to demand better oversight only after their health has already been endangered.

In the early 1990s, Brockovich was working as a legal clerk in the small town of Hinkley, California, when she came across documents about a real estate case involving the utility company Pacific Gas & Electric (PG&E). She noticed that blood samples were included in the paperwork.

Nearly a quarter-century after winning millions from PG&E, the ‘Erin Brockovich’ town continues its fight for clean water.

Brockovich eventually uncovered that PG&E had contaminated Hinkley’s drinking water with abnormally high levels of hexavalent chromium, which can cause liver damage, kidney damage, and cancer. With Brockovich’s help, more than 600 residents won a $333 million settlement from PG&E. The settlement — and the Hollywood depiction of Brockovich by Julia Roberts in 1999 — helped launch her into a career focused on environmental activism.

I recently spoke to Brockovich, whose new book Superman’s Not Coming was released last month. It outlines the ways that failing infrastructure and outdated water protection policies in the U.S. have allowed communities all over the country to drink contaminated water. Brockovich describes the ways that grassroots efforts can sound the alarm about polluted water, draw national attention, and hold officials and corporations accountable.

Q.In your new book, you outline many different causes of the country’s water crisis. What needs to change the most?

A.Brockovich: Our infrastructure is 200 years old. We’re talking about pipes made of lead, and municipalities that aren’t being run correctly. There’s been an erosion of our environment and our infrastructure. Corporations and going for the cheap route, and information is being concealed. After six years, [Flint, Michigan, is] on the road to recovery with a $600 million settlement. We’re working on 200 other Flints [across the U.S.] We need to invest in infrastructure to save people upfront.

Q.When it comes to solving water crises across the country, who is “Superman” to you — and why isn’t “he” coming to help those affected?

A.Brockovich: [Communities think] the water company would have fixed [any given contamination problem] — and no, that’s not necessarily true. Well, the health department — where are they? They’re not here. Well, the EPA. But the EPA was here, and the EPA says it’s not really a problem, because the numbers aren’t that high — yet you still have a problem [with the water]. Oftentimes when lawyers come in with lawsuits, then we start finding out more information. Then the people are like, “Oh my god, I didn’t know that was going on.” So we have to wake up or not assume that an accident wasn’t concealed.

“Superman” is just an illusion that you have — that something that will come fix [the problem]. There’s no Prince Charming, either, and it’s not a bad thing. It’s just a wake-up moment for us. We’re in the throes of waking up. We have to realize these antiquated ideas and policies and systems aren’t working.

A.Brockovich: Justice comes in many forms — the justice [for Hinkley] wasn’t the money. [Water contamination incidents were] still happening even after that. Justice for them is that it doesn’t happen again. Justice for them is a policy or a reform or change or oversight so it doesn’t happen again.It isn’t the money and it wasn’t the movie. For them, justice would have been that it never happened…. The people and the children of Flint will carry the scars forever. But they were heard and seen, corrections were made, policies were changed. Their community sent a message.

Q.The conclusion of Superman’s Not Coming suggests things people can do to advocate for clean water rights. What if there was someone who read the book and was on the fence about speaking out after finding that their water might be contaminated — how would you encourage them to speak up?

A.Brockovich: I’ve had that happen before, and they often email me and they’re uncomfortable, so [my team and I] work our way to town, or we say, “We’re here to support you through a conversation.” And if they don’t want to do it, they don’t have to. [Sometimes] once that ball is rolling, they’ll get active. Sometimes it’s just that moment, or they see their community being involved. They feel like, “Ooh, you know what, I’m not alone.”