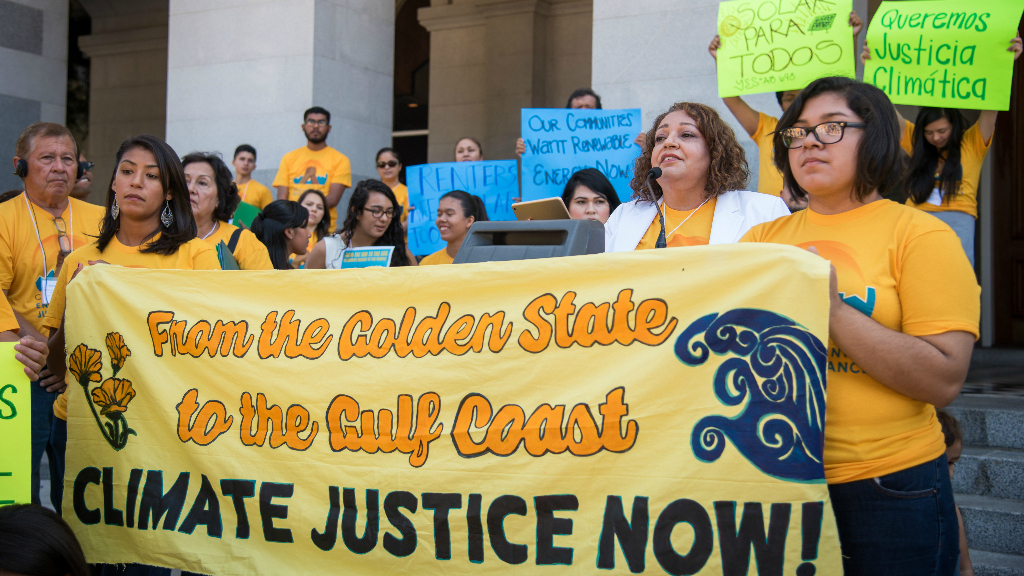 No matter who’s been president, low-income communities and communities of color have always been disproportionately impacted by pollution. But during Donald Trump’s presidency, the scale of attack will be bigger and the few backstops we’ve had will be gone. Environmental justice or “EJ” communities are likely to be hit first and worst by rollbacks under the Trump administration — but they will also be at the forefront of the fight for environmental and climate justice.

Under President Obama, the needs of EJ communities were on the policy agenda, through initiatives like the Federal Interagency Working Group on Environmental Justice. While those efforts had mixed success in improving health and environmental outcomes, they helped to institutionalize an understanding of race, class, and pollution in federal agencies and created important points of leverage for communities. In this way, they fed into a set of political and social conditions that allowed our movements to grow.

These points of leverage will most likely be eviscerated under a Trump administration. Trump and his cabinet nominees have promised to weaken environmental regulations under the Clean Air Act, Clean Water Act, and other laws. If Trump succeeds in appointing ExxonMobil CEO Rex Tillerson as secretary of state, Big Oil will have a whole new kind of foothold in American policy. And with Scott Pruitt as head of the Environmental Protection Agency and Ryan Zinke at the helm of the Department of Interior, we can expect a retreat from federal action on climate change and a full-throttle expansion of fossil fuel development.

For low-income communities and communities of color, the disproportionate burden of pollution will only increase. That means more “code red” air quality days, more trips to the ER for asthma sufferers, more cancer and respiratory disease.

As climate change worsens, it will be low-income people who lack the means to evacuate before major storms, and don’t have money for air-conditioning when heat waves roll through. We’ll see Superstorm Sandy and Katrina on repeat. And climate change will be layered on top of other threats — from increased deportations to the loss of health care if the Affordable Care Act is repealed.

But as we have seen in the inspiring protest at Standing Rock, frontline communities also offer the most hope for resistance over the next four years. Our communities — as always — will be the battlegrounds, and we are prepared to fight.

We have a stronger movement than ever before. From the People’s Climate March, which was led by communities of color, to intersectional alliance-building with groups working on immigrant rights, gender justice, and more, we are linking our efforts together. We are demonstrating that climate and environmental policy must go hand in hand with justice for people of color.

And, even in Trump’s America, there are real possibilities for gains at the city, state, and regional levels. In California, we have opportunities to both protect what we have won and push even further. Our task in California and other progressive areas is to dream big and show that a different path is possible.

As we gear up for this critical work, it is more important than ever to invest in the leadership of people of color and indigenous communities. Climate solutions must come from the most impacted communities, and we must look to the leaders of those communities, who are crafting campaigns of resistance and vision. This has always been a key message of the environmental and climate justice movement. Now, under Trump, there is simply no other way to succeed.

Amy Vanderwarker is co-director of the California Environmental Justice Alliance. This article was produced by the Island Press Urban Resilience Project, with support from the Kresge Foundation and the JPB Foundation.