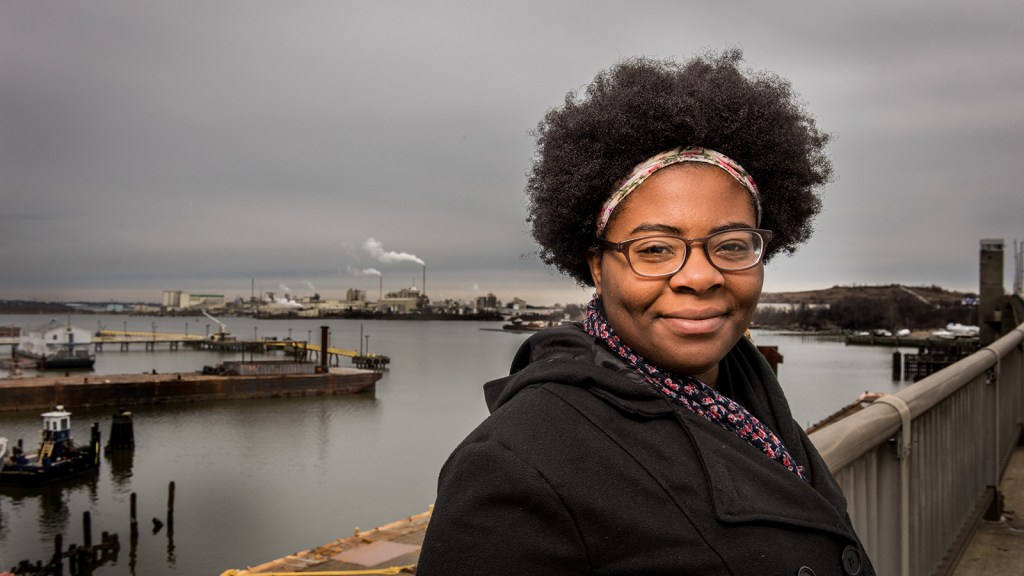 Destiny Watford was a 17-year-old student at a south Baltimore high school when she asked a roomful of students if they suffered from asthma. To her dismay, every single hand went up.

That was three years ago, when Watford was in the middle of a fight to stop Energy Answers International from building a solid-waste incinerator in the Baltimore neighborhood of Curtis Bay. Her mother, along with many friends and family members, had asthma, and her neighbor died from lung cancer. The culprits seemed obvious to Watford: the medical-waste incinerator, coal pier, and slew of chemical plants surrounding Curtis Bay that foul the air. A proposed solid-waste incinerator, the biggest of its kind in the United States, was poised to move in a short walk from her high school.

Watford, along with other young people from Curtis Bay, decided to fight, largely by pressuring public officials. Last month, they scored a victory when state regulators pulled the incinerator project’s permit. For her efforts, the Goldman Environmental Foundation named the 20-year-old Watford one of six winners of this year’s Goldman Environmental Prize on Monday.

The award is fitting for Watford, who works with Free Your Voice, a human rights committee of United Workers. In 2015, the Goldman was presented to six people, including Berta Cáceres, an activist for indigenous rights who was killed in Honduras last month. It’s a prize for people who bring attention to the consequences that environmental inequities bear on their communities.

Watson, for instance, drew a connection between Baltimore’s environment and riots following the death of Freddie Gray, an unarmed, 25-year-old black man who died in police custody after getting arrested for no good reason. Residents rioted while officials fumbled to bring charges against the officers responsible for Gray’s death; Maryland’s governor declared a state of emergency, imposed a curfew and deployed the National Guard on Baltimore. Watford wondered why reporters weren’t asking what she called deeper questions about the environment in which the riots were taking place.

Q. Early on, you linked the death of Freddie Gray, the Baltimore riots, and the environment. Why?

A. Before we even learned about the incinerator, we were learning about our basic human rights. When we found out the incinerator was proposed to be built in our community, it violated every single value, belief, and basic human right that we had. When it come to the death of Freddie Gray, when it comes to incinerators, when it comes to the crisis in Flint, Michigan, those issues are different, but they’re not separate. They’re all issues of injustice — of systematic injustice, which we’ve been fighting against.

Q. What about environmental justice in particular? What do you think grassroots activists should understand about winning campaigns against big polluters?

A. When polluting developments are proposed, they’re usually in poor neighborhoods. They’re proposed in places where it’s perceived that our voices aren’t very strong, that there won’t be a public outcry, or that there isn’t a lot of power and so there won’t be a lot of pushback or resistance. And a lot of times, those are communities of color. It always comes down to who or what has power. When we’re resisting against an established system that creates developments like the incinerator, it’s really important to have power in communities if you are to win.

Q. You won a big victory against the proposed incinerator, but your community continues to be plagued by toxic pollution. What’s next for you?

A. As it stands now, all the air quality monitors have been removed from our community, so we don’t even know how much worse it’s gotten for us. As far as pollution goes, and how to even begin to figure out how to deal with it, I’m not completely sure, but there needs to be some sort of accountability. For instance, we’ve been working to bring in air quality monitoring to issue health impact assessments about the existing pollution in Curtis Bay. We need to measure and know what kind of specific pollution there is, how it’s affecting people, and how to deal with it.

Q. Yours is hard work. What gets you up in the morning to do it?

A. Just knowing an incinerator was going to be built in the community where I grew up, where my family grew up attracted me to working against it. Watching my nephews and other small family members grow up here, and watching neighbors and schoolmates — I mean, Curtis Bay is my home. I want to protect my home and the people that I care about. And the more I worked on the campaign, the more I came to realize that places like Curtis Bay have been taken advantage of and used for so long, and it’s really important to me that does not become our fate. That’s what gets me going.