Baltimore riots flared up in a toxic environment 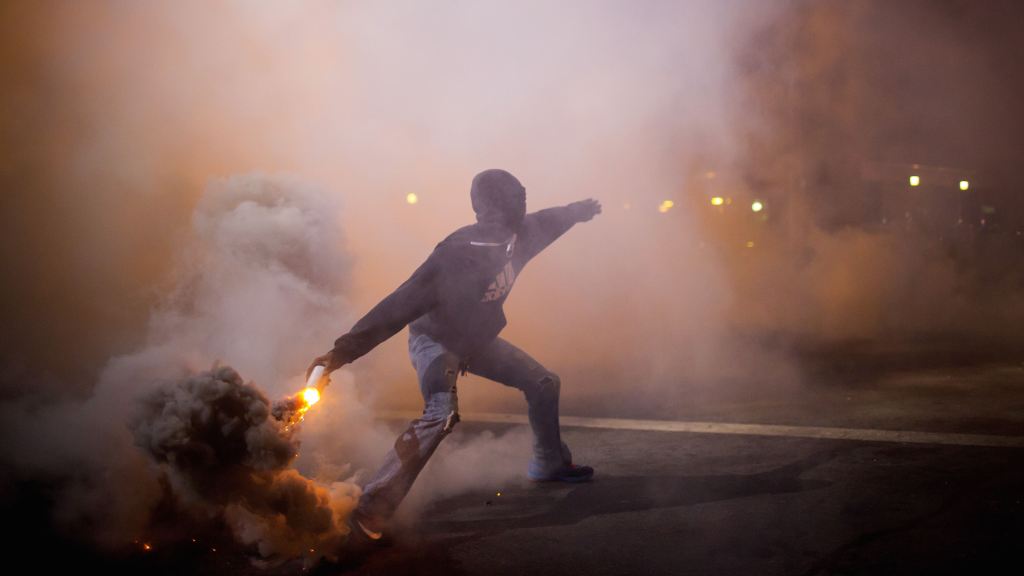 A protester throws a gas canister back at police during clashes in Baltimore, Maryland April 28, 2015. Eric Thayer, Reuters
Cities

Baltimore riots flared up in a toxic environment

As Baltimore heals from the burns of the recent youth uprising against the police, there’s one part of the city that won’t be burning any time soon, and for good reason. Members of the youth-led activist group Free Your Voice rose up against the company Energy Answers and thwarted its plans to build an incinerator in the middle of their already beleaguered Curtis Bay community.

By harnessing the energy of dance, poetry, and being just fucking young, members of the group lobbied city institutions that contracted with Energy Answers to buy electricity generated from incinerating trash and convinced them to cancel their agreement. The would-be buyers included the Baltimore Museum of Art, the city housing authority, and the city school district. The students’ energy was particularly effective in getting the schools to pull out of the deal.

Free Your Voice held a concert party on Saturday to celebrate, but I’m betting that was somewhat difficult given the strong funk overpowering the city’s air: The death of 25-year-old Freddie Gray, who was found the weekend prior in police custody with a severely severed spine after cops chased and arrested him. When youth clashed with police on Monday, Free Your Voice leader Destiny Watford, 19, addressed the city, and the world, via Vimeo, telling people to ask deeper questions about why the rioting was happening.

Watford said in her video that the enraged protesters’ “behavior is a result, or correlates with the environment that they live in.”

To that end, she noted the volume of abandoned row homes dotting the city. Indeed, there are roughly 16,000 of these “vacants,” years after the HBO show The Wire brought to our attention how such blighted buildings cause economic and emotional stress to families. The city is a little less than two-thirds African American, but few of these vacants can be found in the northern slice of Baltimore where the majority of white residents live in segregation. In the West Baltimore neighborhood of Sandtown, Freddie Gray’s neighborhood, a third of residential properties are vacant or abandoned, according to Baltimore Neighborhood Indicators Alliance stats. It also leads Maryland among all the state’s neighborhoods in number of incarcerated residents.

Gray, himself, was incarcerated and arrested quite a few times before his death. Many news stories were quick to reduce him to his criminal record. But his neighborhood was a toxic environment. In 2008, he and his siblings were awarded financial redress by courts because the paint in the house he grew up in was so laden with lead that it may have impaired his learning abilities.

Lead does more than mar children’s health, though. It may also cause violent behavior. Tulane University professor Howard Mielke discovered this in the mid-’70s when he worked at the University of Maryland-Baltimore County. By testing soil samples throughout Baltimore and the county, he found that people in the city’s inner-rings had much higher lead content, and that the heavy metal was coming not just from house paint, but from gasoline from vehicles. In 2013, Mother Jones‘ Kevin Drum wrote an extensive report on how high concentrations of lead in major cities like Baltimore may explain much about the peak urban violence faced in the 1990s. Wrote Drum:

We now have studies at the international level, the national level, the state level, the city level, and even the individual level. Groups of children have been followed from the womb to adulthood, and higher childhood blood lead levels are consistently associated with higher adult arrest rates for violent crimes. All of these studies tell the same story: Gasoline lead is responsible for a good share of the rise and fall of violent crime over the past half century.

These are the questions that young people like Destiny Watford deserve answers to as they mobilize and fight for a healthier environment. “Our communities have dignity,” Watford said in a press statement. “When we see our human rights being violated we have acted and will continue to push for our rights to be secured — the rights to breathe clean air, have access to safe and affordable housing and a job with dignity.”