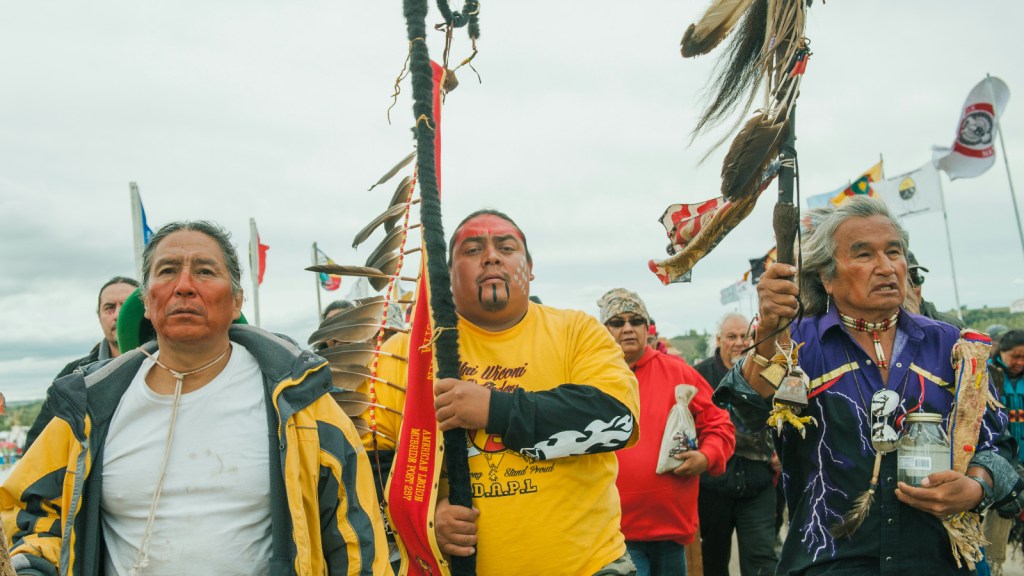 Something historic is happening right now in North Dakota. At the camp in Standing Rock, more than 4,000 indigenous people from 280 tribes have come together, bringing totem poles, handmade canoes, and other sacred objects to commemorate the occasion.

The last time this many tribes gathered to protect their homeland and sacred sites was 140 years ago — in 1876 at the Battle of Little Bighorn, or Custer’s Last Stand, an armed conflict against colonialism.

Now, tribes are uniting in a peaceful, nonviolent collective prayer camp, making pilgrimage to support one of the most important causes of our time: fighting the Dakota Access Pipeline. That includes my own tribe, the Tlingit of Southeastern Alaska, who brought our war canoe. We are standing for our right to water, to keep fossil fuels in the ground, and — importantly — for the value of indigenous lives.

All of us have read in our history books about injustices against the Native American people. Genocide, broken treaties, stolen children sent to far-away boarding schools where they are abused if they speak their native tongue. The list is never-ending. And, as evidenced by violence against Native Americans trying to stop the Dakota Access Pipeline, still happening to this day. On Sept. 13, the government began mass arrests of indigenous people at the prayer camps, just days after oil-company security guards unleashed attack dogs on us.

When you grow up as an indigenous person, this history is intimately personal. And so it should be no surprise that we have a breaking point.

When the Standing Rock Sioux Nation first rose up against the Dakota Access Pipeline — a pipeline that not only threatens their water but our Earth itself — they struck a chord within all of us. In their prayer, in their protest, they moved indigenous people across the country to stand up.

Enough is enough. It is time to draw a line in the sand.

In 2014, President Obama visited the Standing Rock Sioux Nation Reservation. During his visit, he said, ”I know that throughout history, the United States often didn’t give the nation-to-nation relationship the respect that it deserved. So I promised when I ran, to be a president who’d change that — a president who honors our sacred trust, and who respects your sovereignty.”

Now, more than ever, we need him to fulfill this vow.

We won a small victory earlier this month, when the Obama administration requested that the company building the pipeline voluntarily pause all construction activity within 20 miles of Lake Oahe, near the Standing Rock reservation, and then a federal court officially ordered a halt to construction in the area. But this action is only temporary. The company might yet be allowed to proceed as planned, or it might build this section of the pipeline at another spot down the Missouri River, which would still put our water at risk. And building the pipeline anywhere puts our climate at risk.

President Obama, we urge you to forge a new path and leave behind the one walked by so many presidents before you — presidents who have broken treaties and discarded our families and our culture without a second thought. President Obama, don’t break your promise to us now.

We are in the midst of one of the most historically important indigenous unity events in history. For too long, many Americans have watched the ongoing injustices against Native Americans as if they are happening in a history book. But we are here, we are unified — and we are calling on you to join us.

Celeste Goox yadí Worl is a member of the Women Donors Network. Born in Southeast Alaska, she is Alaska Native, Tlingit from the Thunderbird House. She lives and works in Santa Fe, New Mexico.