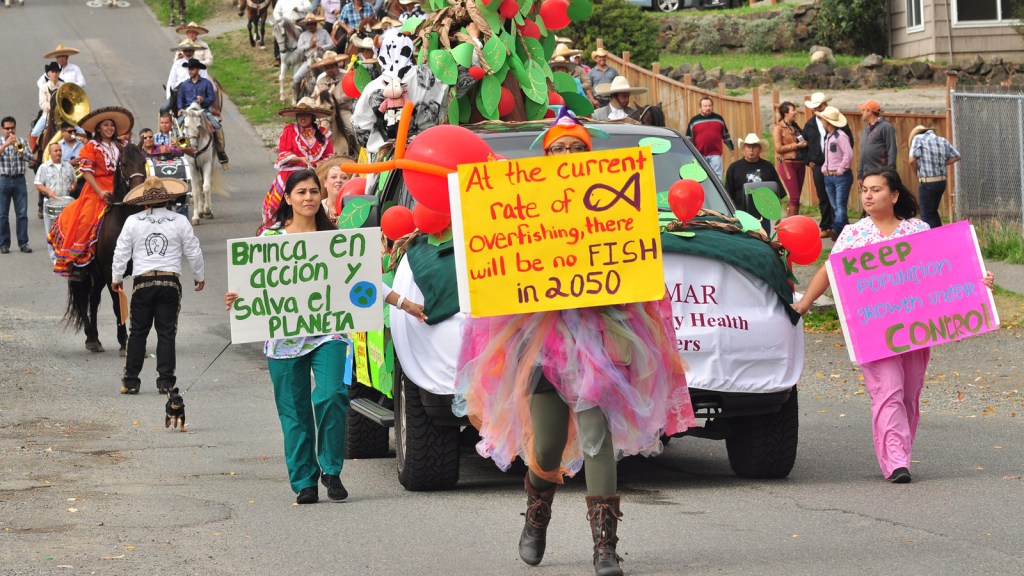 So you want to find a way for your city to acknowledge and begin to repair the damage that pollution, food insecurity, and unequal access to transportation inflict on communities of color and other marginalized groups. Great — now what?

If you’re Seattle, you hold a Vietnamese karaoke night.

Other cities have begun to tackle issues of environmental justice, too, but now Seattle appears to be leading the way, both in its direct approach and in its efforts to involve voices that often go unheard. Today Mayor Ed Murray released the first results of that work, in the form of a 40-page document known as the Equity and Environment Agenda. (Notice which word comes first there.)

“Seattle’s environmental progress and benefits must be shared by all residents no matter their race, immigration status, or income level,” said Murray, speaking to press on Friday.

Sudha Nandagopal, the program manager for the city’s equity and environment initiative (and recently featured on the Grist 50 list of green leaders to watch!) led the development of the agenda by convening a group called the Community Partners’ Steering Committee. The coalition of 16 community leaders was charged with engaging communities of color and other groups disproportionately affected by environmental concerns.

“We had everything from karaoke nights to first graders drawing pictures of their favorite things to see on their way to school,” Nandagopal says. The result is “a call to action for government, non-profits, philanthropy, business, and community to work together in recognition that no single organization can reverse environmental injustice.” Nandagopal and the other authors lay out a series of policy-planning goals and strategies for integrating equity into the city’s environmental programs. For Nandagopal, that means making sure communities of color, immigrants and refugees, low-income communities, youth, and low-proficiency English speakers have their voices heard.

Portland has recently integrated equity considerations into its climate action planning. San Diego reconsidered its work in this area after environmental justice advocates criticized the city’s climate plan for its failure to prioritize neighborhoods most affected by climate change.

Seattle’s new agenda sought to avoid those kinds of shortcomings right from the start. “Historically, environmental justice has been held by community, not by government,” says Nandagopal. Getting the government approach right meant acknowledging this community ownership. “It was a question of trying to broaden how we think about environmental issues in our city and how we connect with people on a one-to-one level.”

The steering committee also held workshops with representatives from mainstream environmental organizations like the Sierra Club — not for the purpose of mainstream input per se, but rather for the sake of “alignment of analysis,” as Nandagopal phrased it.

Dionne Foster, a policy and research analyst with the advocacy group Puget Sound Sage and co-chair of the Community Partners’ Steering Committee, told Grist that the consultation process succeeded because it lent itself to a more holistic understanding of the problems at hand.

“I love data. Data’s really important,” Foster says. “But you can never get the whole story if you’re only using the numbers and not looking at peoples’ experience.”

Jamie Stroble, a steering committee member and program manager at the Wilderness Inner-City Leadership Development (WILD) program, said her approach to consultation was to engage communities where they are — not in a governmental building. That meant talking to parents at the Lunar New Year festival and holding conversations about the environment on intergenerational field trips up the Skagit River.

“We know best how to reach our communities,” says Stroble. “For the city to trust us with that and to put forward this novel idea of getting together a group of community members to inform city environmental policy — and actually feel like we had a say — I was really appreciative of the process.”

The agenda itself advocates for a four-pronged approach to environmental justice:

The team is still figuring that out. Going forward, the focus will shift to defining metrics and goal-posts that will measure the success of the agenda. It also offers steps that non-governmental players can take, including demographic data collection and the creation of a community-based environmental justice committee.

“At a higher level, it’s also about changing the national dynamic around this,” says Nandagopal. “There’s similar work happening in pockets around the country in different ways, but I’ve learned from a number of cities that they’re looking to Seattle to lead by example. You can be a great, sustainable city and still be equitable.”

Want to learn more about environmental justice? Check out Grist’s video below.