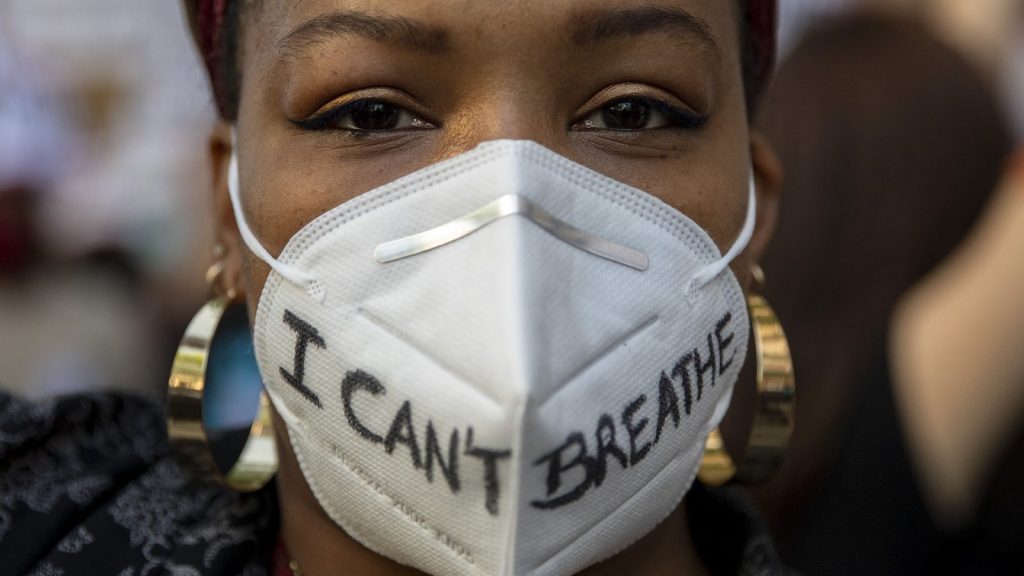 “I can’t breathe.” These were among the final words that George Floyd and Eric Garner gasped before their deaths at the hands of white police officers. That plea has become part of the current rallying cry for racial justice and an end to police brutality in the U.S. But for black people living near industrial facilities, the phrase has an additional layer of meaning: a reminder of their disproportionate pollution burden.

“While many in power seemed surprised that COVID-19 is killing twice as many black Americans, those of us in the environmental justice movement know that the health impacts of cumulative and disproportionate levels of pollution in our communities have created underlying health conditions that contribute to our higher COVID-19 mortality rates,” said Peggy Shepard, co-founder and executive director of WE ACT for Environmental Justice, said at a virtual press conference on Monday.

Shepard is part of the National Black Environmental Justice Network (NBEJN), a national coalition of black environmental justice groups and grassroots activists founded in 1991. Although the network took a hiatus in 2006 after executive director Damu Smith passed away, the network just announced that it’s making a comeback against the backdrop of the COVID-19 pandemic and renewed calls to fight racial injustice.

The network’s mission sends a clear message: Environmental injustice is not a single issue. Rather, it’s a constellation of issues including discrimination in housing, jobs, and healthcare.

It’s impossible to untangle black communities’ current risks from America’s long history of racist policies and practices. Discriminatory policies such as banks’ government-sanctioned refusal to approve home loans and insurance for people in communities of color, also known as redlining, forced black families into neighborhoods more likely to be exposed to industrial pollution and extreme heat. Now these same communities face a surge in unemployment and poverty rates as a result of the economic downturn brought on by the pandemic, and they are also disproportionately dying from the novel coronavirus as a result of a lack of health insurance, unequal access to test sites, and higher workplace exposure via employment in essential services. As if that wasn’t enough, a recent Harvard study also found a link between air pollution and death from COVID-19.

Given the systemic conditions that disproportionately expose black people to the coronavirus pandemic, climate change, and other worsening crises, NBEJN members — including the network’s co-chairs, environmental justice pioneers Robert Bullard and Beverly Wright — say they are now looking to bring in black lawyers, engineers, leaders, and other experts to join forces to help create an equitable green stimulus package, take on the fossil fuel industry, and fight the Trump administration’s seemingly endless orders to weaken environmental protections.

“We see these environmental rollbacks as not just fast-tracking project permits, but as a fast-track to the emergency room and cemeteries,” said Bullard, an author and professor of urban planning and environmental policy at Texas Southern University. “The NBEJN is about dismantling systemic racism, and we’re talking about turning the dominant paradigm on its head.”

Network leaders say COVID-19 recovery legislation could be an opportunity for lawmakers to pass a robust green stimulus package that would focus on environmental justice. Such a green stimulus package, the coalition said, needs to address core issues of systemic racism by, for example, providing green jobs to communities of color.

“Green stimulus packages often only look at protecting the world, but not protecting people like us,” said Wright, executive director of the Deep South Center for Environmental Justice. “Any stimulus package dealing with transportation to housing or whatever they’re talking about doing will have to include us and need to be viewed with equity and justice lenses.”

Even if an equitable green stimulus package makes it through Congress and the White House, there will still be a lot more work to be done. Bullard said that even if the Democratic party wins the presidential election or takes control of the Senate, it will take time to reverse Trump-era environmental policy damages, including the country’s withdrawal from the 2016 Paris Agreement. Even then, he added, policymakers will need to take additional steps to curb greenhouse gas emissions and center frontline communities. And NBEJN leaders say the network will stick around to make sure those steps are taken.

“Racism is baked into America’s DNA,” Bullard said. “NBEJN is needed today to fight these conversing threats and underlying conditions that are denying black people the right to breathe and the right to life, liberty, and the pursuit of happiness enjoyed by white America.”