Someone tell the Queen to get out her knight stick: There’s a new hero in town.

The UK’s Manchester Evening News reported that an anonymous crusader/artist dubbed Wanksy is getting the city to address the sorry state of local roadways by drawing penises around potholes. 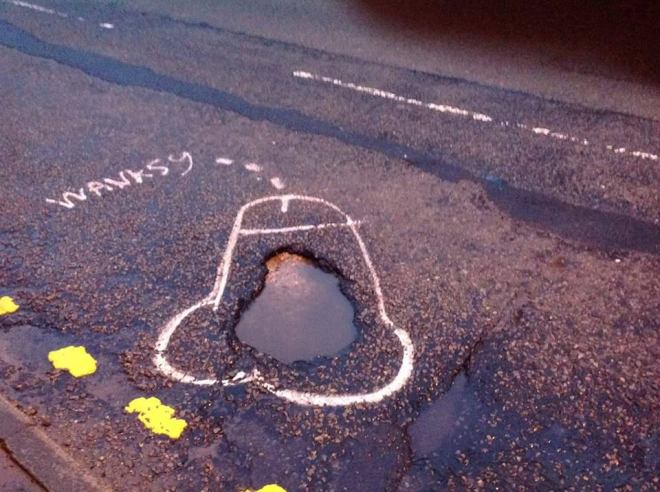 This unconventional method seems to be working. Wanksy told the Manchester Evening News that many potholes he’s targeted have been fixed within 48 hours.

He added: “Some still remain, it’s not a 100 per cent success rate, but it works. I’m inspired by the alternative style displayed by artists such as Grayson Perry and of course by graffiti artists like Hazer and street artists especially Banksy. It has a message that people get, but also has a bit of comedy value. Hopefully mine does too. However, unlike these artists I want my work to be destroyed, I like it when it gets dug up and replaced with fresh tarmac.”

Inspired by this bold civic act, we’ve come up with a few other national flaws that Wanksy might want to consider drawing dicks on. They might just get fixed! 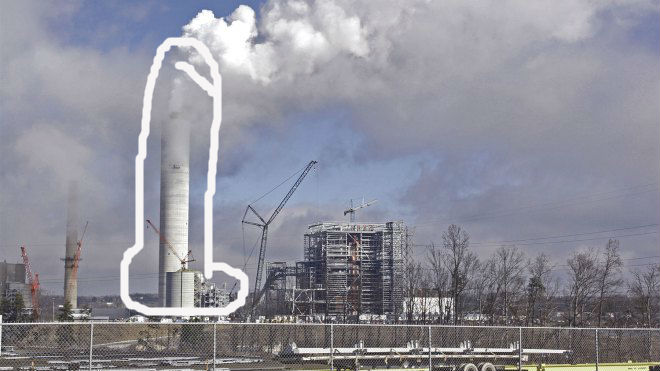 Ahh, Duke. It isn’t just America’s most reviled basketball team, but also one of our most reviled utility companies after coal ash from a Duke power plant contaminated waterways in North Carolina and Virginia last year (naturally, they passed the price of the cleanup onto customers). Not satisfied with simply poisoning the water supply for thousands of humans and animals, Duke then set it sights on solar, lobbying against a bill that would make solar cheaper and more accessible for consumers. In addition to drawing a big ol’ dick around Duke HQ, let’s just go ahead and change the name, shall we? Duke Energy, we now declare you … Dick Energy! Let’s see what that does to your stock price. 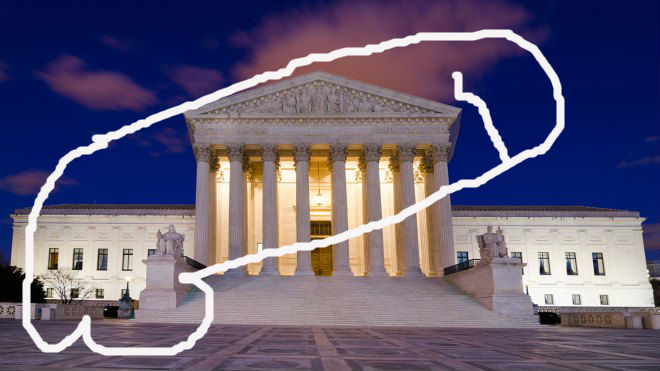 The next phallus goes to the most oddly named court ruling since United States v. 11 1/4 Dozen Packages of Articles Labeled in Part Mrs. Moffat’s Shoo-Fly Powders for Drunkenness: Citizens United! This 2010 Supreme Court decision, which declared that corporations have as much right to buy politicians as individual rich people do, has led to myriad bad shit for this little planet of ours. But possibly the most egregious consequence of Citizen’s United is the dramatic increase in dark money and outside spending on campaign ads. Do you know what that does to the television-watching experience? You try enjoying Cosmos when every other candidate commercial is paid for by Hobby Lobby. Let’s go back to the drawing board on this one, SCOTUS, or at least draw a dick around it. 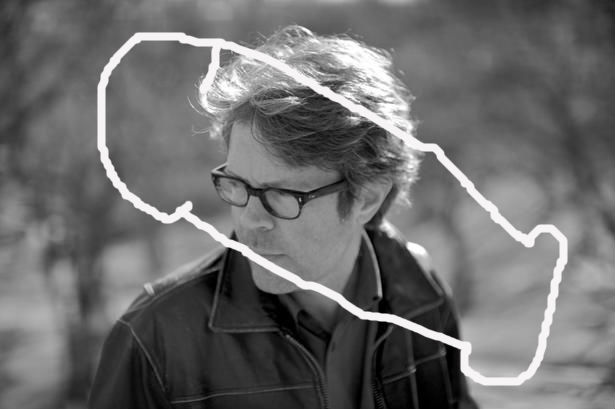 Before we draw a dick around Jonathan Franzen, we would like to state for the record that this has nothing to do with the time the author very rudely rejected Oprah’s Book Club. No — we are drawing a dick around Franzen because of his New Yorker essay on how concern for global climate change is taking our attention away from pressing conservation issues — specifically, birds, which Franzen prefers to people. And while we do agree with Franzen that most humans are dicks, Wanksy probably doesn’t have enough non-toxic paint to draw them around all of us. Might as well start with Franzen. 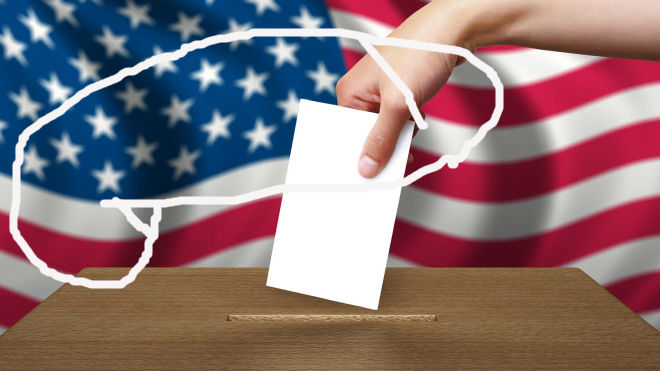 It is MAY 2015. The next presidential election is in NOVEMBER 2016. A child born today will be walking, talking, and resenting his parents by the time we actually get to Election Day. Let’s just do ourselves a favor and draw a dick around this whole thing, at least until next year. Please? 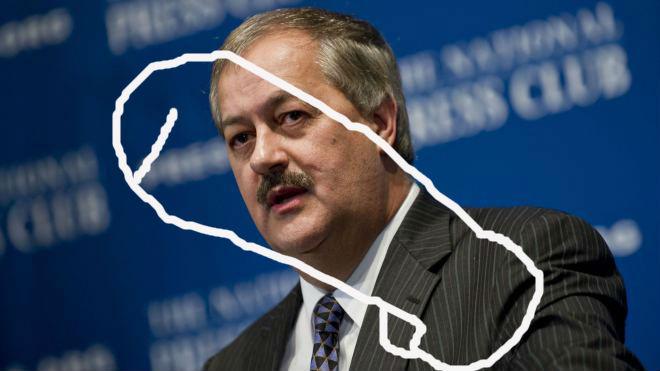 America: the greatest nation on Earth — if you happen to be a white collar criminal and not a brown-skinned one, that is. Five years after the Upper Big Branch mine explosion killed 29 workers in West Virginia, Don Blankenship, former CEO of one-time coal giant Massey Energy, is facing criminal charges and up to 30 years in prison for his complicity in the disaster. But if the history of well-heeled CEOs who have literally gotten away with murder is any indication, Blankenship may well be wintering in the Bahamas by next year. Hopefully Wanksy can get to him before he flees the country. 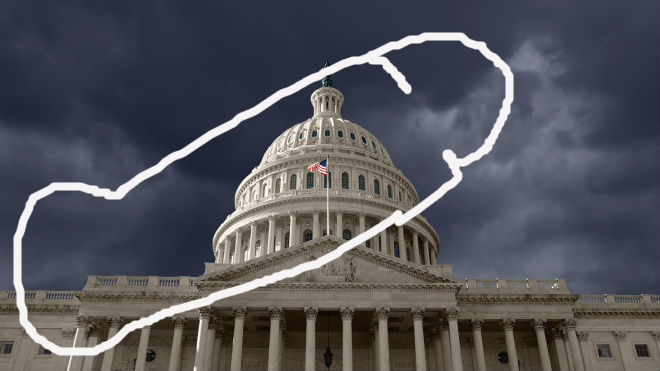 Wanksy, this is where we really need you. Please — for the sake of our planet — bring your dick pen to Washington, D.C., and draw a big ol’ wiener all around the Capitol Building. Congress has been shafting us for years. Now it’s our turn.