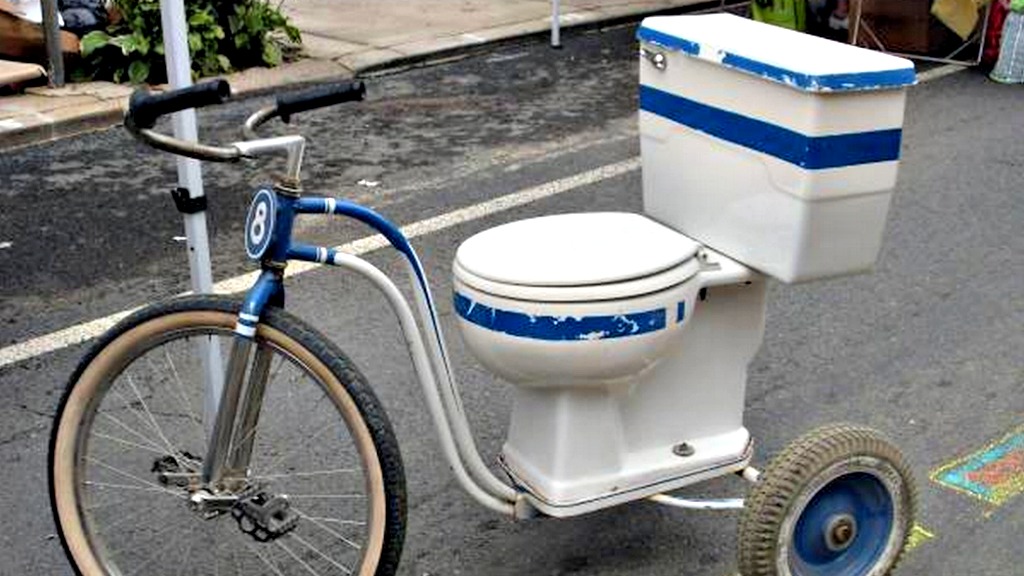 We knew biking was sexy — nothing gets you dates like rock-hard calves and dead flies wind-plastered on your cheek. But with the toilet bike, peeps of your preferred sex will think you’re hotter than shit.

So promises the seller of a $110 adult tricycle with a full-sized toilet screwed on. “It was a kind of pick-up bike,” he writes in the Victoria Craigslist ad. “When I rode this thing around town I was a freaking chick magnet!” YEAH, BUDDY. Get it!

And if that’s not good enough for you, he promises, “The toilet seat part is great for carrying groceries.” It’s not exactly shitting where you eat, but maybe we’ll stick with panniers?

The unnamed seller made the bike as an art project during his freshman year in Camosun College’s visual arts program. Now, about five years later, he’s decided to get off the pot — which he notes can be used for its original purpose. “The bottom is a removable steel sheet … making it easy to clean afterwards,” he writes. “I say just a good hose down in the backyard and your [sic] good to go.”

Dating, eating, pooping, cycling … what else is there?