How can I binge-watch and save energy at the same time? - Grist 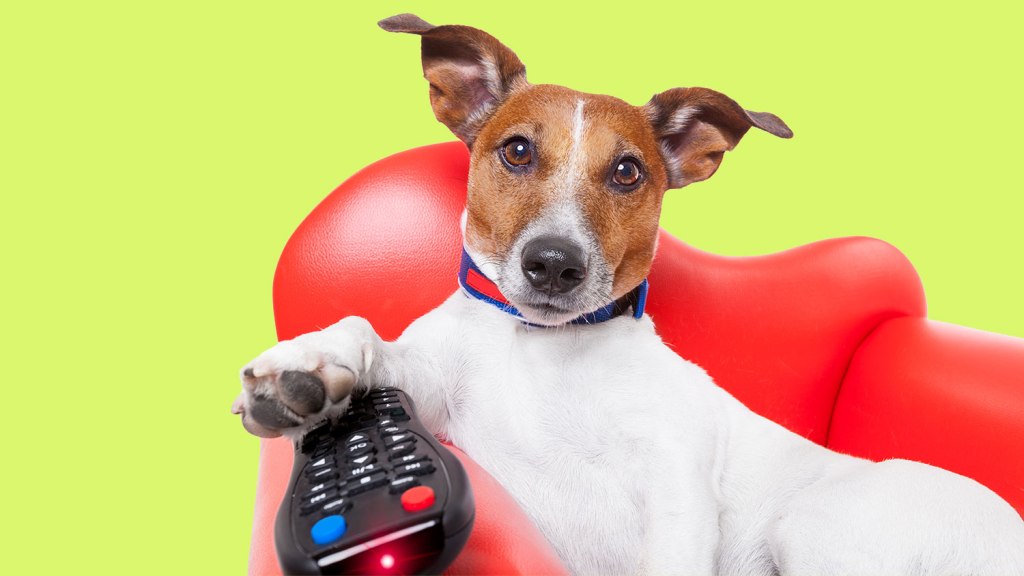 How can I binge-watch and save energy at the same time?

I’m doing my best not to start by waxing romantic about the good old days of four broadcast channels, when all you had to do was flip the “on” switch to get your at-home entertainment – sans even one remote control, let alone four, to fiddle with. Because despite the need to sift through approximately 500 different ways to watch TV, and the fact that it practically takes a programming degree to get it all working, today’s TV/video offerings are pretty darn great. Even an occasional Luddite such as myself can get into on-demand True Detective, after all.

We’ve already discussed why streaming media is (usually) a better bet for the planet than DVDs. But what about the many different electronic gadgets out there that can beam the media in? There’s no doubt that set-top boxes (aka STBs) — the devices that bring cable, satellite, or internet connectivity to our TVs — are generally huge energy hogs. A 2011 study from the Natural Resources Defense Council estimates that a typical high-def STB + HD DVR setup gulps 446 kWh of energy a year – more than a new fridge at 415 kWh and sometimes more than a central AC system. (Though things are looking brighter in this department; read on for more on that.)

Why so much juice? Well, like a fridge, STBs are usually always on, even when we’re not binge-watching anything – in fact, the NRDC study estimates that two-thirds of their energy use happens when they’re in standby mode and we’re off doing something else. Many people don’t realize they should turn these devices off; others simply don’t like waiting the minute or two it takes an STB to fire up again after being unplugged. And unplugging is key, as turning an older American model “off” really just dims the clock — so on and on they go, essentially dumping electricity into a hole in the ground.

All this said, Kate, some methods for obtaining your Dr. Whos are better than others (better when it comes to household energy consumption, at least, which is the most significant chunk of our TV habit’s impact). Streaming-only boxes are paragons of restraint, especially the Apple TV (which leads the pack by a country mile, using just 5 kWh of electricity per year) and others like Roku. You’ll be perhaps more restricted in your show options if you choose this over hundreds of cable or satellite channels, and you give up the recording ability of a DVR, but you’ll undoubtedly save power – and cash – over even the best HD DVRs.

About things looking brighter for STBs: Recently, the industry has been paying a lot more attention to the energy issue. Providers and manufacturers signed on to a voluntary agreement to improve efficiency, effective at the start of 2014, and the government reports some successes: new STBs that use 14 percent less energy than older models, more devices that meet stricter Energy Star standards, more automatic power-down features, and the availability of whole-home DVRs (which allow several TVs to run off a single DVR). So the TV powers-that-be are at least hearing us.

We couch potatoes can do our part, too. When shopping for an STB, go for an Energy Star-rated model, and make sure any “deep sleep” setting it may have is enabled. If you must have cable/satellite TV, with or without a DVR, call your provider and ask them to send you the most efficient gizmos possible. And if at all possible, people, plug your TV tech into a power strip and turn it off when you’re not watching it. Think of the STB as a computer (which it is) and boot it up a bit before you want to start your show. Or use those extra moments for some deep breathing exercises. Do a few push-ups. Reflect on the magic of having 70 episodes of Friday Night Lights at your fingertips – four remote controls or not.