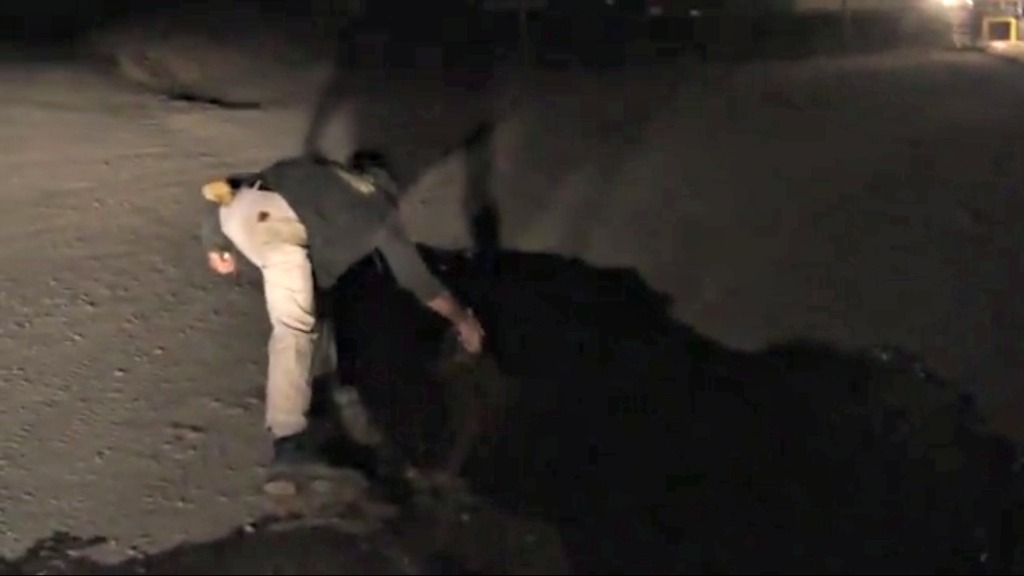 Earlier this spring, a tanker truck leaked roughly 1,000 gallons of toxic fracking fluid on eight miles of road in South Texas. Authorities can’t be certain that the middle-of-the-night spill was intentional, just like no one knows where flowers come from.

But at least now, thanks to surveillance footage, the company responsible is under investigation by the Texas Commission on Environmental Quality and the state Railroad Commission. As detective Robert Ebrom, Jr., said, “If I could, I would file criminal charges.”

Here are the gory deets from Inside Climate News:

When the On Point Services tanker left the Marathon drilling site, it contained 20 to 30 barrels (840-1,260 gallons) of contaminated drilling fluid, according to the report. Records show the tank was empty when it arrived at facility where tankers are cleaned out.

The driver told sheriff’s investigators the valve of the back of his tanker sometimes leaked, though he said he couldn’t remember whether he checked on that particular load to see if the valve was closed …

Double-convenient! You’re working in the booming Eagle Ford Shale, pounding the ground with an undisclosed poisonous blend that includes “dangerous chemicals, oil, metals shavings, and naturally occurring radioactive materials.” But that toxic sizzurp’s gotta go somewhere when you’re done tainting the local water supply working. Why not accidentally lose it on a stretch of rural land?

Because people like mom and organic farmer Amber Lyssy will bust you, that’s why. (Fist pump!) In a very similar case four months ago, Lyssy was driving at night when she spotted black goo coming from a tanker truck. She took some shaky video of the spill near Hunt Oil and scooped up some of the gunk:

Unfortunately, law enforcement “pooh-poohed [it] away,” Lyssy says, and scolded her for not getting a photo of the offending truck. RIGHT. Because it’s her fault oil giants are breaking the law.

If Big Oil is gonna keep fracking, wouldn’t it be cool if they actually obeyed the rules? Until then, we’ve got camera phones, and we aren’t afraid to use them [glares menacingly].