In Baltimore and Cleveland, a unique approach to reviving the inner city 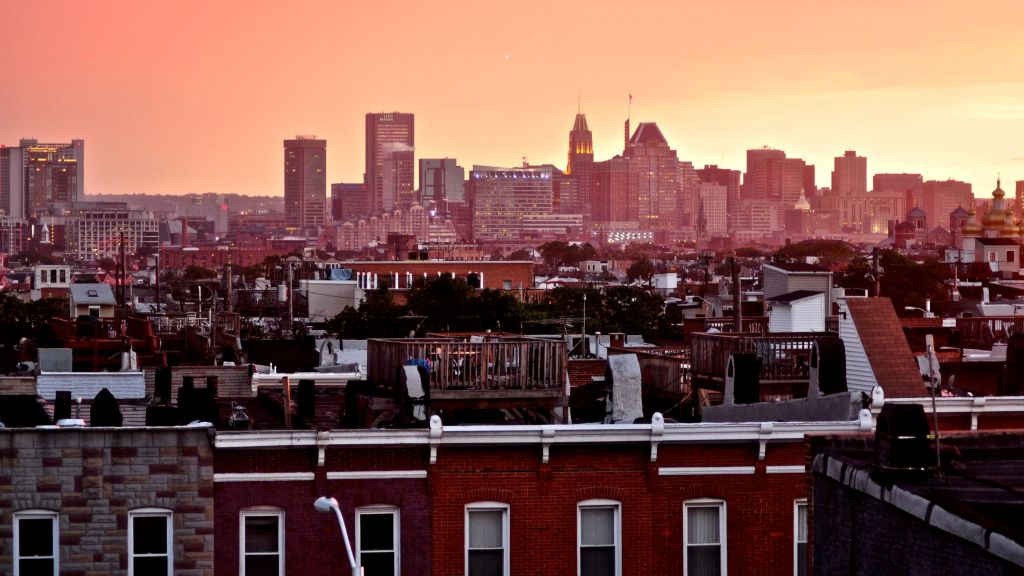 In Baltimore and Cleveland, a unique approach to reviving the inner city

It will take more than just reforming law enforcement to produce justice for communities where African Americans have been needlessly killed by police. President Obama said this in his press conference on the Baltimore uprising spurred by the police killing of Freddie Gray. Obama said a lot of fugly things in that speech — sinking to calling some of the revolters “thugs” at moments — but there were at least 30 seconds where the president made some sense:

We also know … that if you have impoverished communities that have been stripped away of opportunity, where children are born into abject poverty; they’ve got parents — often because of substance-abuse problems or incarceration or lack of education themselves — can’t do right by their kids; if it’s more likely that those kids end up in jail or dead, than they go to college. In communities where there are no fathers who can provide guidance to young men; communities where there’s no investment, and manufacturing has been stripped away; and drugs have flooded the community, and the drug industry ends up being the primary employer for a whole lot of folks — in those environments, if we think that we’re just going to send the police to do the dirty work of containing the problems that arise there without as a nation and as a society saying what can we do to change those communities, to help lift up those communities and give those kids opportunity, then we’re not going to solve this problem. And we’ll go through the same cycles of periodic conflicts between the police and communities and the occasional riots in the streets, and everybody will feign concern until it goes away, and then we go about our business as usual.

The young people Obama is talking about in those scenarios live in hollowed- and horrored-out city blocks that have been failed, in part, by awful urban planning, or the lack of it. The illegal drug market is often the only one that gives these kids an opportunity to build any semblance of wealth. But with that comes crime and neighborhood decay. It might generate some wealth for some, but it can’t save their lives.

In recent years, a number of economists and planners have been approaching urban development by engaging institutions that are in the life-saving business: hospitals and universities.  Referred to as “anchor institution”-based development, the idea is that these large medical centers and colleges — buildings immovably rooted in host communities — should invest more in their neighbors. This means they need to do more disciplined hiring and contracting with the people living close around them. In other words, these institutions need to actually be a part of the community they sit in.

Major hospitals and universities in the city bill billions of dollars annually, but too often with vendors from other states and nations, and by prioritizing people from the suburbs for staffing. That can lead to a lot of poor outcomes, like stoking fear among community residents of gentrification and provoking loathing of the institutions that are often the best available to help improve their lives and livelihoods. In essence, anchor development proponents are pitching a seemingly oxymoronic idea: That for community wealth-building we can depend on the institutions that have historically generated wealth without so much as acknowledging the communities around them.

Speaking recently with two huge believers in anchor-based development, Ted Howard of the Democracy Collaborative and its co-founder Gar Alperovitz (also a leading coordinator of The Next System project), I learned of two young but existing models — one in Cleveland and one in Baltimore. In Cleveland, the anchors are Case Western University, the Cleveland Clinic, and University Hospitals medical systems. For Baltimore, it’s the Johns Hopkins university and hospital system.

Hopkins is an interesting selection given it’s already an avatar for one of the worst examples of how a large institution engages with its surrounding community. It’s infamous for expanding its city footprint in ways that have displaced many community residents and for experimenting with its residential neighbors by dropping toxic sludge on their lawns. Just yesterday, during a public forum on race at the university, a former Hopkins professor slammed her old employer for causing gentrification.

I asked Howard (whose Democracy Collaborative was once perched at the University of Maryland where he taught) how he addresses that anti-Hopkins resentment and establish it as a friendly anchor?

He admitted that large hospitals and universities “can become very problematic,” and confessed that Hopkins itself has “at best, a really checkered history” on the community engagement front. Which is why he’s working with local partners to develop strong accountability measures for the anchors. He commissioned a survey where they interviewed community organizations currently working with anchors to find out what was and wasn’t working in the arrangement. From those surveys, they developed a set of metrics and indicators to create The Anchor Dashboard, where interested parties can track how this development progresses.

“We currently have six universities that are gathering data around these indicators,” said Howard, “We’re hopeful that this can be one piece of how you ensure that institutions are engaged with the community, because frankly the way this has been done in the past has not benefitted these communities.”

Using these metrics, anchors have found ways to become more responsive to communities’ needs by prioritizing local hiring, setting more inclusive procurement policies, increasing local job training, and helping neighbors realize their entrepreneurial goals.  After all, for anchors to truly help the local economy there have to be local businesses and vendors in place that can supply the goods and services those institutions need.

“The Cleveland Model” is a gradually developing example of what that kind of supply-side investment looks like. The city of Cleveland leveraged public, private and philanthropic funds about five years ago to launch the Evergreen Cooperative Initiative, a cluster of worker co-op businesses developed to do business with the universities and hospitals. So far, Evergreen has kickstarted a laundry service, a solar energy company, and a hydroponic vegetable farm. Naturally, they have contracts with Case Western university and the medical centers to wash staff clothing, provide electricity and supply their cafeterias.

Since they’re worker cooperatives, employees earn ownership slice in the companies after a certain period of time on the job. The goal is for each worker to develop from entry-level work skills to managerial and executive, and then hopefully branch off to start their own businesses. The “Cleveland Model” has produced no overnight successes.  Michigan State University journalism professor Steve Freiss pointed out a number of problems with the Evergreen Initiative in a lengthy report last year:

Little, however, has gone quite the way Howard and his colleagues planned. The businesses have been squeaking by, only recently verging on profitability. The managers of each company have been replaced within the past year after stumbling, the business plans—as illustrated by GCG’s challenges—failed to analyze the marketplace in fundamental ways, and the touted projections of the number of jobs and the amount of equity were dramatically off-the-mark.

Howard is under no illusions about these shortcomings, and admits that some of his early forecasts on initiatives like this were ambitious.

“The reality is that these things are always out of scale,” said Howard. “No one has cracked the code on this, but the potential is tremendous and there is some learning out there on how we can do this in a way that is really beneficial instead of stomping all over the community.”

You look at a neighborhood like the one Freddie Gray lived in, and you find some of the highest levels of poverty, incarceration, toxic lead contamination in housing, and blight. And yet it’s far from unique. Census data shows that the average family of color owns less than 10 cents for every dollar held by a white family. Maybe you can close that gap by growing and selling hydroponic lettuce. For many youth, though, the streets supply hydroponic marijuana more easier, and bring profits faster. That’s one huge challenge that these anchors will have to overcome, along with challenges around gaining the trust and faith of community residents. Otherwise, if these hospitals and universities fail, there are plenty of other anchors out there waiting joyfully to take in these black youth. They’re called prisons.