Is it safe to cook with hot tap water? 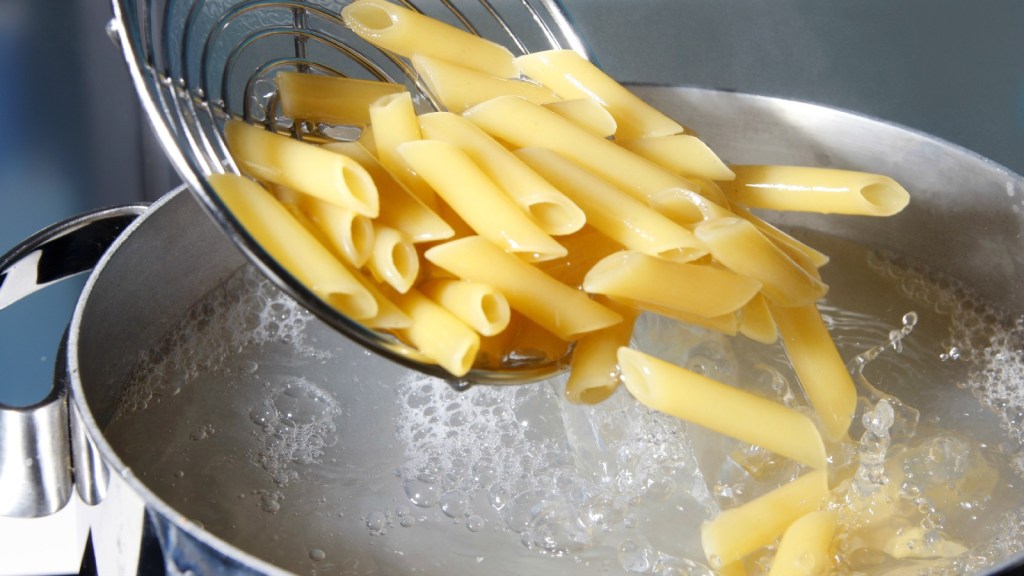 Is it safe to cook with hot tap water?

I grew up not drinking hot water from the tap (my parents didn’t, and I eventually looked it up and found out that in old homes, lead can leach from solder). Now that I have a high-efficiency tankless hot water heater and replaced the copper piping with PEX, can I safely use hot water from the tap for cooking? I must be able to save some energy vs. boiling cold water for pasta.

Did you know you can use cold water to make pasta? It’s true — simply soak your fusilli in a pot of cold water until it softens up. Yes, this can take hours, and yes, your results will be more pastoso than al dente, but you will have used no energy to prepare your meal. Problem solved! Next?

I kid, of course. This is not a viable way to whip up your spaghetti marinara on an average Tuesday night (though one ill-fated camping trip on which someone forgot the stove gas taught me that it does actually work in a pinch). You need hot water. You want that water to become hot using the least amount of energy, and to come without a sidecar of weird contaminants. What’s a chef to do?

First of all, I should note that your parents were right on about not drinking the hot water in their day. Old-fashioned lead or even copper pipes can indeed leach lead into your hot-water supply, as heat encourages contaminants in the metal to dissolve more quickly. Boiling the hot water makes the situation worse by concentrating the stuff. Makes that lead pipe in the game Clue seem even more menacing, doesn’t it?

You might think that problem would be solved by the installation of more modern PEX, or cross-linked polyethylene, tubes in your walls. But I have some challenging news for you, Eli: While these new pipes do have their strengths — they’re more affordable than copper, easy to install, and resistant to corrosion — PEX pipes have a bit of a leaching problem of their own. Seems we’re out of the frying pan, into the fiery pot of hot water with this one.

Researchers have found that some brands of PEX release chemicals into hot water, including ETBE, a substance sometimes added to gasoline; others give their water a distinct odor or taste of plastic, wax, or acetone (yum). How much of a problem this is remains a matter of some debate: Federal health standards don’t exist for all of the chemicals in question, but a few states do regulate them — so presumably, there’s at least some reason for concern.

Does heat make this vexing PEX problem worse? I posed your question to Andrew J. Whelton, a professor of civil, environmental, and ecological engineering at Purdue and the head of a team investigating the safety of PEX pipes, and he had an unequivocal answer for you: Don’t cook with hot tap water.

“We have now discovered some PEX pipe brands leach 100 times more chemicals when exposed to hot water compared to the same brand exposed to cold water,” Whelton said via email. “Hot water would more likely contain higher levels of ETBE and other volatile chemicals.” What’s worse, he added, some PEX pipes exposed to hot water also released substances that microorganisms find very tasty, upping the risk of bacterial growth, and some leached chemicals that can react with chlorine to form potentially carcinogenic compounds. If that’s not enough to make you back away from the hot water tap, Eli, you’re a braver soul than I. (Don’t worry too much about your new PEX setup when it comes to cold water. Not all brands come with the funky additives, and research into how we can best protect ourselves is ongoing.)

So let us circle back around to your basic question: Boiling already-hot tap water would save a bit of energy over starting with cold water, but not much — and in my (cook)book, certainly not enough to override the chemical concerns. Better to make a few other tweaks to your method: Reduce the amount of water you heat, start with cold water, consider preheating the water in an electric kettle, and/or turn off the stove before you’ve let your boiling carry on for too long. That, or relocate your kitchen directly over a natural hot spring. Now we’re cooking.