This is the first time in my life that I’ve spent the holidays in a fairly unfamiliar place, surrounded by fairly unfamiliar people. For Jews, Christmastime can always be a little weird – it’s readily acknowledged that Christmas is a holiday that everyone observes to some extent, simply by nature of everything being closed, but my family really does not. We’ve always celebrated Hanukkah, which is even more awkwardly placed than Christmas relative to Thanksgiving, and yet I’ve always been able to be with family for at least part of it, because I’ve never lived 2,500 miles away from home before.

Since moving to Seattle, it takes me about seven hours (there are no direct flights) to fly to my hometown of Pittsburgh — the city in which I was born and raised, where my parents and sister and brother-in-law live, and that will always, always hold a not-insignificant piece of my heart. I know some people who dread returning to the cities that have known them as bratty children and awkward adolescents, and I am not one of them. For all of my (admittedly brief) adult life, I have cried through each takeoff from the PIT tarmac, bound for whichever city I called home at the time. 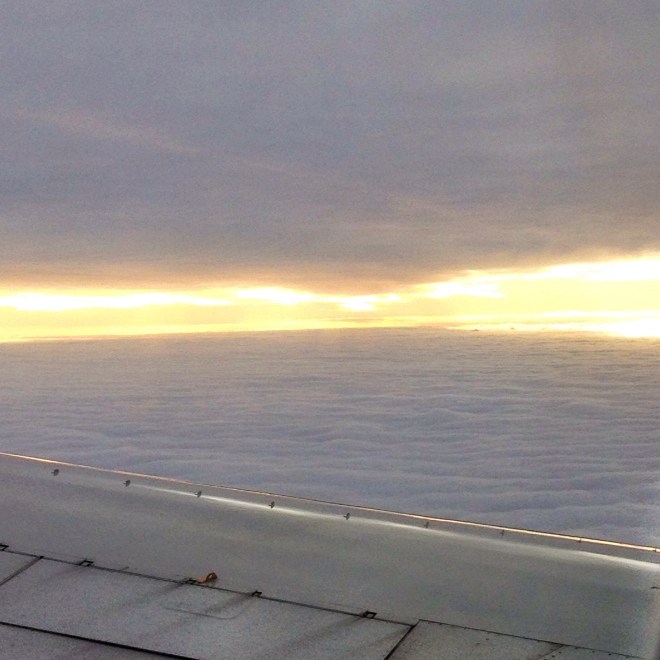 When talking with my parents about travel plans to come home this year around the holidays, I figured I had to choose between Christmastime and Thanksgiving. Since, as stated above, we don’t really do Christmas, the choice seemed obvious.

“But we’ll pay for you to fly home whenever you want because we want to see you,” said the very loving and generous people whom I am incredibly privileged to call my parents. “If it’s a matter of money, it’s not an issue!”

But it’s not just a matter of money. I don’t know whether or not to be embarrassed by this, but I am still haunted by an article written by Slate meteorologist Eric Holthaus detailing how he was brought to tears by the IPCC’s report on climate change.

…[L]ater that day, I was on the phone with my wife, getting ready to board a plane in San Francisco and thinking about the report more existentially. Any hope for a healthy planet seemed to be dwindling, a death warrant written in stark, black-and-white data. It came as a shock.

Holthaus evaluated his own carbon footprint, and realized that flying regularly was his single largest contribution to the emissions that are warming our world.

I remember, vividly, reading Holthaus’ essay for the first time from the comfort of the couch in my cozy apartment in Chicago, which I shared with my then-boyfriend, in the midst of putting together my application for the Grist fellowship. I didn’t have a particularly strong background in environmental issues at the time, and was attempting to get a better grasp on the things I would hopefully be writing about. Well, I thought, after finishing the last sentence, fuck.

Not two hours after reading that, we had a conversation about what would happen if I were offered the fellowship.

“It’s not that long of a flight,” he said. “We could probably visit each other once a month!”

I racked up in my head how many flights that would be, and thought about rising sea levels, and terrible heat waves, and hurricanes in New York and New Orleans. And then I thought about our relationship of 3+ years and how much I loved him, and felt – ironically enough – so, so selfish for thinking about those other things.

Instead of flying to Seattle for the job, I bought a car and we drove from Chicago together. It was something I wanted to do for two reasons: Practically, to be able to schlep all my stuff across the country, and theoretically, to be able to comprehend the distance. With each of the days and hundreds of miles of snow-covered plains and mountains that passed, the air in the car between us seemed to grow heavier. We spent my 25th birthday driving across western Montana in long periods of silence, and I thought about the glaciers to our north receding. 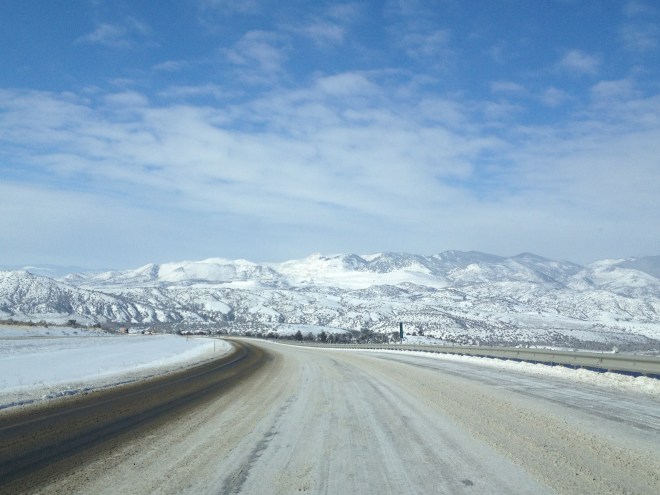 Somewhere on I-90 in western Montana. Eve Andrews

Humans are causing climate change. Contrary to what some politicians head-scratchingly argue, this is a matter of fact. And the onus of putting the brakes on what has become a runaway train of carbon emissions lies squarely on governments and major corporations. But the single biggest change that I can make, as just one individual human, is to cut down on the amount of times I get on a plane. Upon realizing that, the extent to which all the people I love are scattered across the country has never been more apparent.

All the while I was growing up in Pittsburgh, the narrative of what it meant to be successful always seemed to include going far away. Leave the state for college (I did). Travel internationally (I did). Find a job in a bigger, more “exciting” city (I did – twice). “Maybe don’t put 2-3 time zones in between you and the people you love” was never really a part of that. When my best friends and I were in middle school and high school, we would talk about how excited we were to grow up and live far away from home. Now, we talk about how we can’t wait to live somewhere where we can walk to see each other instead of boarding a 747.

It is very, very strange to be in a position now — and I don’t think I’m alone — where I find myself weighing seeing the people I love against my own complicity in the global climate crisis. I don’t know if this particular point of tension has ever existed before in our cultural consciousness: Never before has our economy been so effortlessly globalized that jobs pull people back and forth across countries and oceans, and never before have we had so much evidence that the systems and habits we’ve created to actually live in that economy are quite literally destroying the planet.

I chose not to go home for the holidays. How absurd and hypocritical would it be of me, I thought, to spend so much time writing about saving the climate and making green choices and then take two cross-country flights to the same place in one month? Especially, while we’re playing the real talk game, after flying to Bali this summer for a summit on climate change?

Instead, after staring at a blank Word document literally all day long, I am writing this at my dining room table at 11:30 p.m. on December 23 in an empty house as it pours rain outside, because this is Seattle. In the time that I should have spent writing this, I’ve talked with my dad, my mom, my sister, my brother, and my ex-boyfriend over a litany of forms of long-distance communication.

Am I pleased with my decision to remove one flight from some arbitrary yearly allotment? Do I feel that this gesture to reduce my carbon footprint for 2014 was worth it? What do you think?

In one of the half-dozen conversations I had tonight with people I very much wish I were seeing face-to-face, I said, half-jokingly, to my dad, “Being an adult is hard.”

“Yes, honey,” he agreed, emphatically. “It really just means doing a lot of things that you don’t want to do!”

I suppose that responsibility and happiness have always, throughout human history, tended to be at odds with each other — but god damn, it sucks when that hits home. Or, as the case may be, keeps you from getting home when you most want to be there.