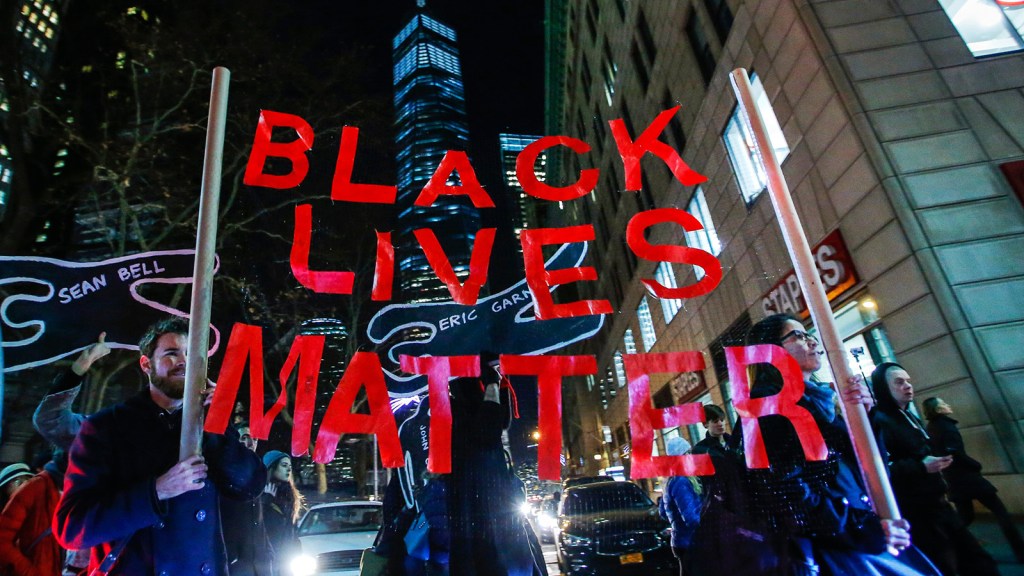 What’s the old saying about life being what happens while you’re busy making other plans? Right. Well, that came to mind this week as I was taking stock of Grist’s coverage of cities in 2014. Suffice it to say that the stories that unfolded this year were not the ones we thought we’d be writing.

Sure, we hit some familiar themes. We ran stories about how a young generation is looking for vibrant, car-free, city living. We lavished praise on towns that build bicycle freeways rather than the usual kind, and mocked Grist’s hometown of Seattle for creating what Staff Writer David Roberts dubbed “an unbelievable transportation megaproject fustercluck.”

We told stories about how, for better or worse, cities are leaving national governments in their dust when it comes to dealing with climate change. I even went to that blazing desert metropolis of Las Vegas in search of the climate apocalypse, and came away impressed with how much that city has done to prepare for even hotter and drier times.

But the stories that really defined Grist’s cities coverage this year were not the ones we went looking for. They were the ones that found us, and forced us to look at our urban conundrums in a different light. At their core, these were stories about how far U.S. cities still have to go if we’re going to build not only a green future, but a just one as well.

Take the Motor City’s water crisis, for example. In May, the Detroit Water and Sewerage District sent out 46,000 shutoff notices to customers, many of them low-income, who were behind on paying their water bills. This, while ignoring golf courses that owed hundreds of thousands of dollars. The move sparked street protests, a condemnation from the United Nations, and, as Grist writer Heather Smith reported from the ground, a goodwill mission from Canada.

Ultimately, activists were able to eke out at least some semblance of a victory, but the episode was a stark reminder of how, when times get tough, it is often those with the least who are hit the hardest.

No story demanded our attention more, however, than that of police killing unarmed African-American men — and the forceful, racially diverse, and largely nonviolent movement that rose up against it.

Ferguson, Mo., police officer Darren Wilson sparked that conflagration in August, when he shot and killed 18-year-old Michael Brown following an altercation over Brown’s right (or lack thereof) to walk down a city street. A small suburb of St. Louis, Ferguson is two-thirds African American, but only three of its 53 cops are black. Factor in that all but one city council representative are white, as is the mayor, and you have what Grist Justice Editor Brentin Mock called, flat-out, apartheid. Mock explained that this did not come about by coincidence; it was the result of a long history of racist housing and zoning policies — policies that also result in heavy burdens of toxic pollution on communities of color.

Brown’s killing sparked protests throughout the fall that exploded briefly into violence after a grand jury declined to indict Wilson. When another grand jury failed to indict a New York City cop who strangled Staten Island resident Eric Garner to death during an arrest for selling loose cigarettes, the protests raged nationwide.

If there is a silver lining to these tragedies, it is this: The killings of Brown and Garner have forced progressive activists out of their corners. They have made it clear that if you care about cities, if you believe that cities and the democratic process are crucial to addressing the climate crisis, you must care about people, too.

After all, how will we attract a new generation to our cities, and keep them there, if some days it seems that we’ve just replaced violent crime with violent cops? How will we build resilient, green cities if large portions of our population are relegated to environmental sacrifice zones, their children stuck in a pollution-to-school-to-prison pipeline, their young men put behind bars?

Recognizing this, green groups ranging from 350.org to the Sierra Club have come out in support of the movement that has sprung up under the banner, “Black Lives Matter.” More big green groups are throwing their weight behind environmental justice initiatives, despite pushback from some members who fear the standard-bearers of environmentalism are straying too far from their central purpose.

But if 2014 taught us one thing, it’s that, while cities hold tremendous promise as the source and drivers of climate solutions, unless and until we deal with underlying injustice and inequity, they will never realize that potential. The good news is, thanks to some brutal news in 2014, we are now poised to address those issues in a real and concerted way. If, that is, we don’t lose sight of what is important, and how all of these things fit together.