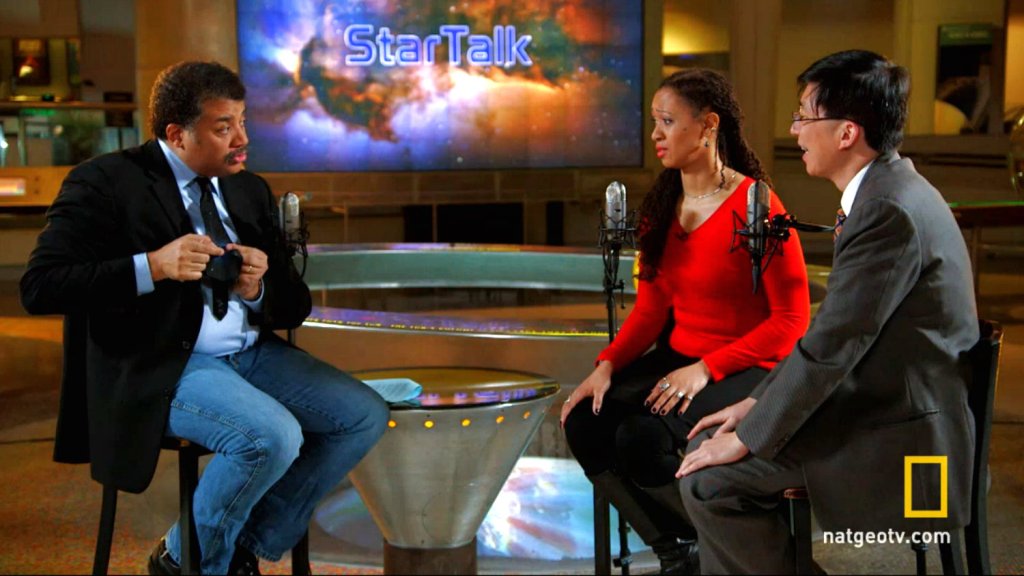 Neil deGrasse Tyson, king of the Cosmos, is back on the small screen among the stars of late night. The first episode of his science-themed talk show, StarTalk, aired at 11 p.m. last night — a slot that pits him against Jimmy Kimmel, Jimmy Fallon, and David Letterman.

I’ll say that again: “science-themed talk show.” Based on how much Americans LOVE (and know so much about) SCIENCE, the odds of winning them over from a bunch of late-night jokesters named Jimmy seem long … until you take into account the fact that Neil deGrasse Tyson has already done a number of impossible things, like getting so many people to watch the climate-themed episode of Cosmos that it made fans of The Bachelorette question their own cultural relevancy.

This wasn’t the Tyson TV special we were prepared for. It’s better. The show, a spinoff of the science communicator’s popular podcast of the same name, will feature pop culture, comedy, and science in equal parts — which Tyson promises to weave together into a coherent, compelling thread.

See for yourself: You can watch the first episode in full here (for participating television providers only, boo) or peruse the clips and extras, including excerpts from Tyson’s interview with Star Trek vet and social justice advocate George Takei and his confession to astrophysicist Charles Liu and comedian Leighann Lord that he has misrepresented the fictional science of the warp drive for years (for shame!). America’s other science sweetheart, Bill Nye, also drops by to agitate for better, more optimistic science fiction.

Next week, Tyson takes on Christopher Nolan — whose mind-bending science fiction we scrutinized in the name of climate change last year. Whether they end up talking double-black-hole physics or the ravages of the Anthropocene, they’ll put science in the spotlight while hopefully cracking some jokes. We’ll be watching to find out if maybe — just maybe! — the best way to make people take science seriously is to find a way to laugh at it.