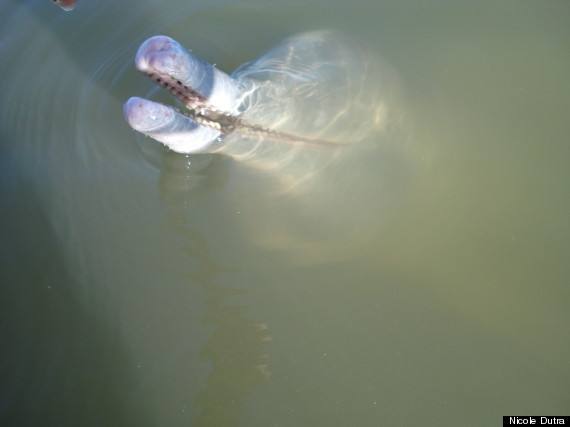 We keep telling you that dolphins are the frat boys of the sea. We told you they would eat your babies. We were briefly optimistic that we could all chill and get high on pufferfish together, but … no, turns out, that’s probably just a fantasy. And yet you still like them. So OK, fine, here is a new kind of dolphin, hope you dolphin fanatics are happy.

We are willing to consider the possibility that this newly discovered dolphin variety might be more relaxed than its brethren. First of all, this dolphin has the sense to stay away from humans. Inia araguaiaensis is the first new type of river dolphin that humans have identified since 1918 — there are only four other river dolphin species in the world. Also, there are only about 1,000 of them in existence, so it’s harder for them to gang up on you.

But the most important detail, in our minds, is this:

“Unlike other river dolphins in Brazil, the newly discovered species has only 24 teeth per jaw, instead of the typical 25 to 29.”

That’s one less tooth to bite us with. Although, you never know, maybe they compensate by biting harder.