So, your world is falling apart. Here’s how to build it up again. 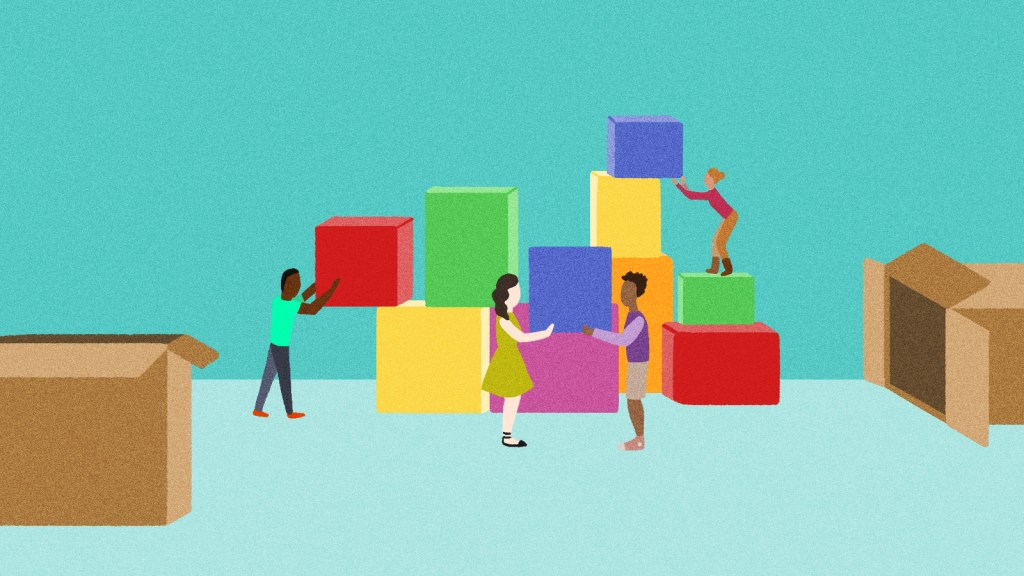 So, your world is falling apart. Here’s how to build it up again.

You knew today was going to be exhausting. The incoming administration offers a lot to be very tired about, and now it’s here.

Have you heard the term “Anthropocene?” It refers to the new geological era — the one we’re in right now — that is defined by humanity’s massive imprint on the planet. Maybe you feel like a very similar mark has recently been left on our political system.

And just like climate change, it’s not your fault, right? You try to shop organic and local, you try not to drive too much, you turn off all the lights when you leave the room. You voted in the primary, you shared the Facebook Thing, you showed up again on the Big Day. But now here you are, facing a rapidly deteriorating planet and a president who couldn’t care less — so maybe all that wasn’t enough.

But wait! Don’t go back to bed. Unlike the Anthropocene, Trump’s impact isn’t a done deal — it’s only Day One, after all. Grist has spent the past month talking to people who have been quietly working to maintain progress and asked them how you, someone who has no idea what you’re doing (no offense — I’m with you), can make a difference in the Trump era.

You’ll find other guides on how to influence Congress and resist different goals of the Trump administration. This one simply addresses how to be a better citizen of the Anthropocene — a starter pack of ideas on how to begin to build a more sustainable community and country.

We say “starter pack” for a reason — there’s too much to cover in one piece. So keep following Grist in the months and years to come as we continue to bring you advice on civic engagement. You might be familiar with Umbra, our advice columnist. She’s taking a sabbatical to retool and will be back in a couple months stronger than ever, focused on empowering you.

In the meantime, here’s how you can get started. (Psst — and here’s our best advice on how to be a good activist.)

So you want to: Reduce the use of fossil fuels and keep pipelines, oil trains, and polluting refineries out of your community

The issue: In order to stave off the worst effects of climate change, experts and advocates say we can’t build new fossil fuel infrastructure. None. Zero. But the likelihood of that happening under the Trump administration is zilch. New proposed infrastructure that would allow the world to extract and burn more fossil fuels keeps popping up all over the place: The Dakota Access Pipeline in North Dakota, the Raven Petroleum Oil Refinery in southern Texas, the Shell ethane cracker in Western Pennsylvania.

Why it matters: Runaway climate change is a death sentence for human society and life on Earth as we know it; and two, most fossil fuel infrastructure tends to leach dangerous toxins into the air and water of our most vulnerable communities. If those battles seem too big for you to tackle, look at the Dakota Access Pipeline fight — it shows the impact that an organized group of civilians can have on resisting oil and gas infrastructure.

What you can do: The first step is knowing the ins and outs of the project you’d like to block, says Anne Rolfes, whose organization is currently embroiled in a battle against a proposed pipeline in the Louisiana Delta. Learn key players, dates, permits, the proposed project description, and how it’s been covered in the media.

But another kind of information that’s just as important — that you can collect yourself — is documentation of the human experience around the area that that project would disrupt.

“Sit there and watch that space for two days, and how used and beloved it is. Get testimonies from people on how they feel when they see that space,” advises Rolfes. “And then type that up, give it some fancy title, and release it to the local press. Something that is not done enough is to professionalize our own observations.”

Once you’re ready to share the information you’ve collected with the community, organize a teach-in. That’s as simple as inviting some friends — and their friends — over to your house and explaining what you’ve learned, and asking if they’d like to help you take action. (Bribing with food is not against the rules.)

Show up at the sanctioned hearings on the projects, too. But, Rolfes warns: “Those hearings are a moment in which people are told, ‘Come here and give your comments,’ — and in Louisiana those comments are completely ignored.”

In other words: Understand your cause, tell a strong story, organize against the project, show up at hearings, and repeat until someone listens.

So you want to: Make sure your personal financial interests or favorite charities aren’t tied up with Big Oil

The issue: There’s a pretty good chance that you belong to or give money to an organization that invests in fossil fuels — whether it’s your company’s 401(k), your church, or your beloved alma mater.

Why it matters: Large organizations and corporations have much more money to throw around than the average household, unless the surname associated with your household rhymes with “Brump.” (Glad you read Grist, Tiff!) Fossil fuel companies need cash to operate, and they get a lot of it via investments from other companies, organizations, and funds.

This is where divestment — getting companies and organizations to take their money out of those fossil fuel investments — comes in.

What you can do: The first step to getting started on a divestment campaign is gathering a few other interested people, says Geoffrey Supran, who piloted MIT’s participation in an international divestment movement. Whether you’re joining an existing campaign or starting your own (he recommends 350.org’s resources for both, which are linked), group involvement is critical.

And once you’ve got it going: “Try to find inventive ways to recruit, communicate, and advocate: Start petitions and pen open letters, organize teach-ins and host debates, strategize with your group and negotiate with your organization, rally and protest, sit-in and walk-out,” Supran says.

So you want to: Fight for science

The issue: Climate research relies heavily on federal funding. The future of climate science is not looking too rosy under the Trump administration, given our new president’s stance on climate change (Chinese hoax!) and his antagonistic approach to NASA.

Why it matters: The best policy — especially when it comes to climate change — is informed by science. And the best defense against your enemy (a changing climate, in this case) is to understand its next move.

What you can do: Good news: You don’t have to be familiar with the fluctuations of Arctic sea ice to get why science is important — or to support it. And the best way to support climate research is to make sure your congressperson knows exactly how important it is to you.

If you’re not directly associated with a university (as a student or otherwise), that can be accomplished by writing to and calling said congressperson when there’s an authorization or appropriations bill concerning, for example, NASA funding. (If you’d like to get on a mailing list, the American Association for the Advancement of Science sends out policy alerts.)

But if you’re a student or postdoc researcher, then Joanne Carney, director of the AAAS Office of Government Relations, suggests building a relationship with your university’s federal relations officer and getting involved with your local chapter of the National Science Policy Group.

“Young researchers are an ideal voice for speaking on behalf of the future of scientific research,” Carney says, “because they are the future — and they’re also future voters.”

So you want to: Make sure your community has affordable, sustainable food choices for everyone

The issue: The food system impacts the planet and the people who live on it in myriad ways — from greenhouse gas production to land use to basic health and nutrition. The Trump administration could undermine important programs like the Supplemental Nutritional Assistance Program (food stamps) or federal funding for urban ag programs. In other words, strengthening local funding and support for these types of programs — inasmuch as that’s possible — is key.

Why it matters: Everyone eats, right?

What you can do: Participate in your local food policy council. (Never heard of such a thing? We’ll tell you how to find or start one below.) They’re usually a one-stop-shop for food issues — and a great way to get involved with food system reform, says Lucas Frerich, government affairs & community relations manager at the University of California Agriculture and Natural Resources.

The typical local food organization pushes for legislation and progress on three fronts, according to Dora Walmsley of the Greater Pittsburgh Food Policy Council: encouraging urban agriculture through community gardens and backyard chickens; addressing food and health equity issues like affordable school lunch or a lack of grocery stores; and supporting the regional food economy through farmers markets.

The plus side of an organization that covers so much ground — no pun intended — is that it makes it very easy to raise awareness of food issues within the community.

In other words: If you’re interested in creating a more sustainable food system in your community, there are a million and one conversations to have with people in your life to get them interested as well.

The Johns Hopkins Center for a Livable Future keeps a directory of food policy councils across the country — if it’s not there, however, that doesn’t mean it doesn’t exist. The entity that organizes your local farmers market will likely be aware of even nascent food policy council–type gatherings in your area.

And if there isn’t a food policy group in your city or community yet? Well, someone has to start it. If you’re looking for a guide, Walmsley recommends the Johns Hopkins Center for a Livable Future resource center for charters and other documents that other cities have shared.

Have a question about how to become more civically engaged or advice or experience you want to share? Contact our advice columnist, Umbra Fisk, who is pondering all forms of reader empowerment and will bring more to you soon.