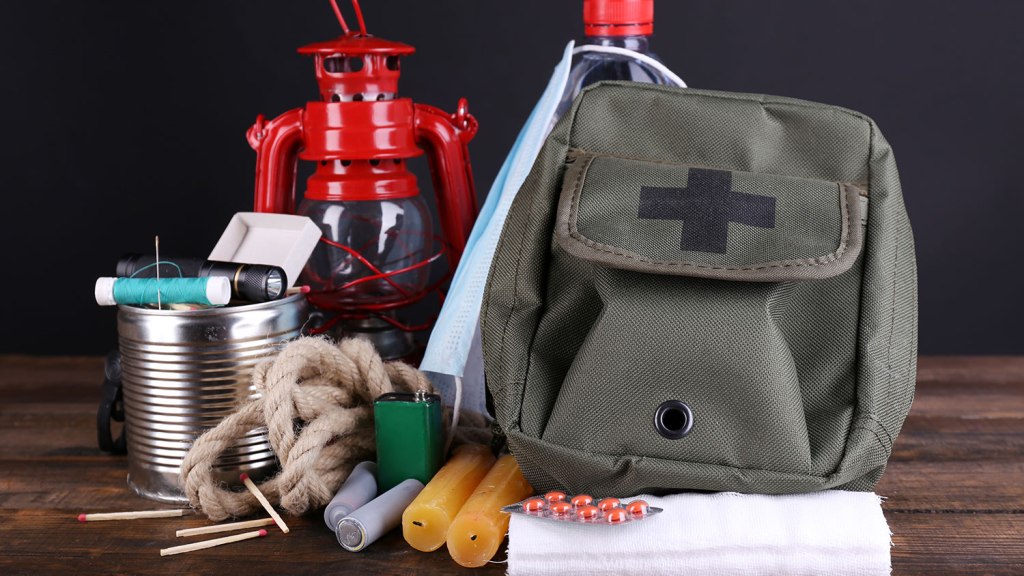 Kathryn Schulz, New Yorker staff writer and the source of every Seattleite’s nightmares over the past few weeks, has followed up her brilliant article on the earthquake that is predicted to destroy the Northwest with some clarification and practical tips in a new essay, “How to Stay Safe When the Big One Comes.” Here’s what you need to know:

How at risk am I?

It depends. One of the most attention-getting lines in Schulz’s original piece was a quote from FEMA official Kenneth Murphy, who said that after the earthquake anything west of I-5 will be “toast.” Taken literally, that means that large parts of Portland and all of downtown Seattle (where I’m typing these very words) are about as burnt as it gets. But in her followup, Schulz manages to talk us down from the ledge:

What Murphy did not mean is that everyone west of I-5 will be injured or killed; FEMA’s casualty figures, while horrifying, amount to under one-half of one per cent of the population of the region. Nor did he mean that every structure west of the interstate will fail, although there the numbers are grimmer: region-wide, the agency expects to see seriously damaged or destroyed eighty-eight per cent of ports and potable water sources; seventy-seven per cent of fire stations and waste-water treatment plants; two-thirds of all airports, hospitals, railways, and schools; almost half of all highway bridges, police stations, and emergency command centers; plus almost three thousand miles of natural gas pipelines, seven hundred and forty-three electric power facilities, and nearly a million residential buildings.

Actually, maybe we don’t feel any better. Hey boss, think you could do something about moving our offices to higher ground? Please?

Schulz herself, however, is hardly a bunker-digging survivalist. Granted, she won’t stay overnight in the Oregon’s coastal inundation zone, but she still spends her summers in Portland (although why anyone would do this when there’s a far superior city just a few hours north is unclear).

Here’s the takeaway: This quake will affect a roughly 700-mile long area from Northern California to British Columbia. The coast is at risk from tsunamis, but inland areas (including Portland, Seattle, and Vancouver) aren’t facing some kind of Deep Impact situation. If you do live on the coast you might want to check out this tsunami evacuation map, but those of us who live in urban areas are far more likely to be killed in infrastructure collapse than in a massive tidal wave. Small comforts.

When is it going to happen?

In reality, no one, including Schulz or my Magic 8 Ball, has any idea when this is going to happen — which, of course, makes it all the more terrifying. The good news for your mental health is that we aren’t actually “overdue” for the big one, which was an idea from the original New Yorker article that sent a whole lot of us howling for a plane ticket out. Schulz writes:

As DOGAMI’s [the Oregon Department of Geology and Mineral Industries] Ian Madin told me, ‘You’re not overdue for an earthquake until you’re three standard deviations beyond the mean’—which, in the case of the full-margin Cascadia earthquake, means eight hundred years from now.

Is there anything I can do?

Of course there is! You can pack up the family Vanagon and point it east. But if you would rather live with risk of a giant earthquake than East Coast humidity, there are still steps you can take to prepare for the worst.

First, get trained. Many cities have Community Emergency Response Team (CERT) classes that teach basic search-and-rescue skills. From first aid to turning off your gas line, these skills can be instrumental in any kind of disaster (natural or otherwise). Unfortunately for us, the Seattle Office of Emergency Management canceled CERT training this year, proving, once again, that if natural disasters don’t kill us, budget cuts will do the job just fine.

Next, make friends with your neighbors. The couple upstairs that wakes you up with unspeakably disgusting sex noises may be your enemies now, but you’ll need to rely on each other after the quake, so stop ignoring them in the mailroom and have a conversation. Hard time making friends? Just bring up the earthquake. Nothing brings people together like the knowledge that you may be sharing a poop bucket someday.

Now, pack a bag — and this is where the fun comes in. You can easily purchase a pre-stocked bug-out bag online (like this Gwyneth Paltrow-approved Preppi pack), but I personally took some joy in picking out exactly what I think I’ll want come E-Day. In addition to the basics, I packed some old Playboys I found in my neighbor’s recycling bin and enough weed to win over even the grumpiest survivor. It may seem silly now, but you never know when you’re going to have to trade some nudie pics and gram of OG Kush for a handful of beef jerky.

As the news cycle moves on and Schulz’s article fades from our collective memory, there is one last thing you should do: Bitch about it. There’s not much individual citizens can do about vulnerable infrastructure, and so, despite all your prep, you’ll still be screwed if the earthquake hits while you’re driving on I-5. So, Schulz writes, “If you’re alarmed by seismic issues that exceed your own capacity to solve them, find the person who should be handling it and make some noise.” For Seattle citizens, might we suggest officials whose jobs are dependent on our votes? Maybe you should start by emailing Mayor Ed Murray. After that, send Gov. Jay Inslee a tweet or two. They might not be scared of earthquakes, but they should, at least, be afraid of you.