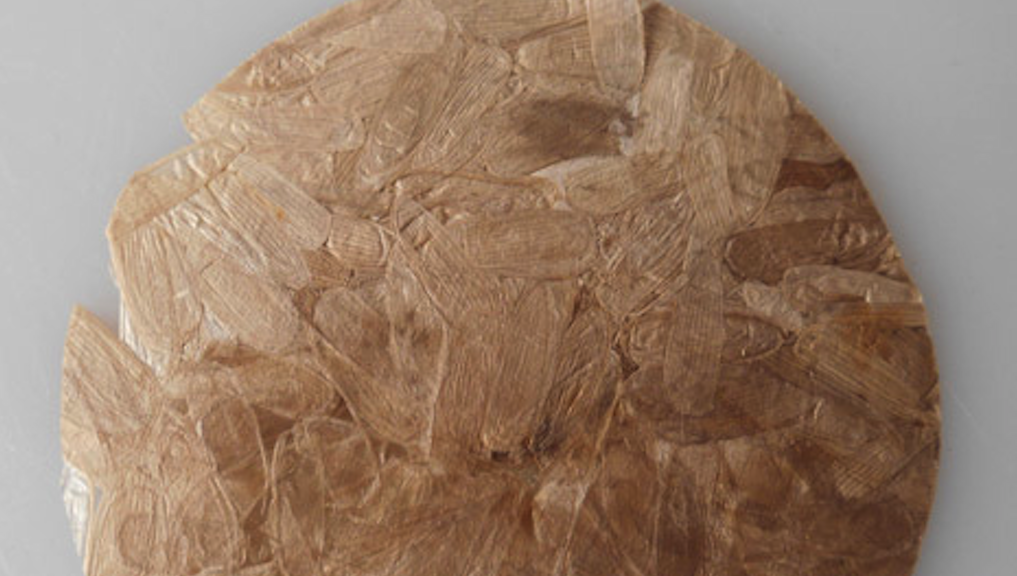 But these could be the same thing. A Dutch designer, Aagje Hoekstra, wants to use the shells of dead beetles to create bioplastic. (The Netherlands has dead beetles to spare — farmers breed them because beetle larvae, mealworms, are a component of animal feed.) Treehugger:

Taking these leftover beetles, Hoekstra peels them to leave only the shells, which consist of a natural polymer called chitin. Subjecting the shells to a chemical process, Hoekstra converts the chitin into chitosan, which bonds better on a molecular level. The chitosan can then be pressed into plastic with heat, still imprinted with the distinctive shell-shaped patterns, says Hoekstra:

That seems like a bad marketing choice. We’re into knowing the provenance of our food and possessions and all, in general, but we’re comfortable ignoring the fact that we’re putting dead beetle shells into our mouths.