These slabs of recycled denim and resin are weirdly beautiful 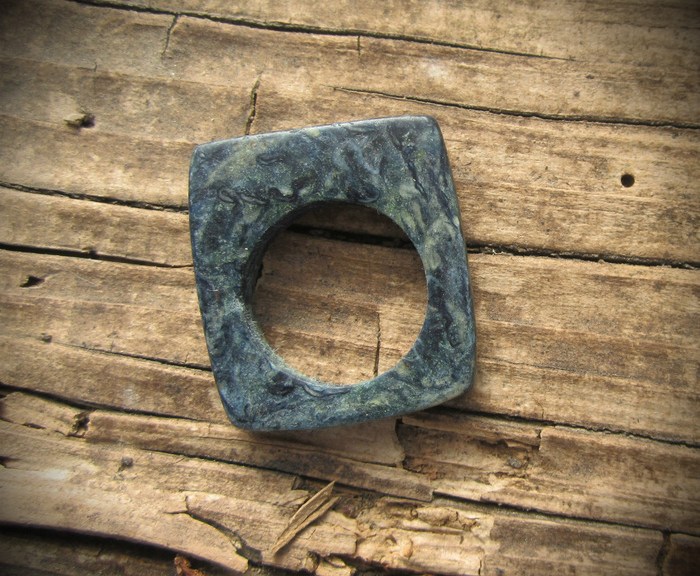 These slabs of recycled denim and resin are weirdly beautiful

Back in 2000, Jen Carlson and Josh Shear built a house out of straw. They did more research than your average little pig, and they built a strong house out of straw bales. And they realized that all the other little pigs, who might want to make their own sustainable houses out of straw bales or sticks or even bricks of some sort, might need a place to buy them. So they opened the first green building store in the Midwest, Straw Sticks & Bricks.

Over the years, Jen and Josh got quite good at making materials for little pigs to put in their straw and stick and brick houses. Their newest one is called Denimite, and it’s strong — so strong that one tiny piece held the weight of an 161 lb. anvil. Which is pretty impressive, because it’s made, simply, of old shredded-up blue jeans and “bio-based thermoset resin binder.”

Jen and Josh want to make more Denimite. They start with a pile of blue jeans and end with these big sheets, 2.5 feet wide and 10 feet long. Denimite can be used for architectural projects, they say, as well as for nifty consumer designs. They’re already made these simple little wallets and these cute rings.

The problem, as always, is that scaling up requires money. And so there’s a Kickstarter campaign for Denimite, which, sadly, violates the first two rules of Kickstarter: It punts on the video (seriously: The video begins: “We would like to offer our deepest apologies for this video”), and doesn’t really give you a good sense of who it is you’re giving money to. But, now we’ve told you: You’re giving it to Jen and Josh. They seem like smart, good, dedicated people, and their product is, actually, really beautiful.