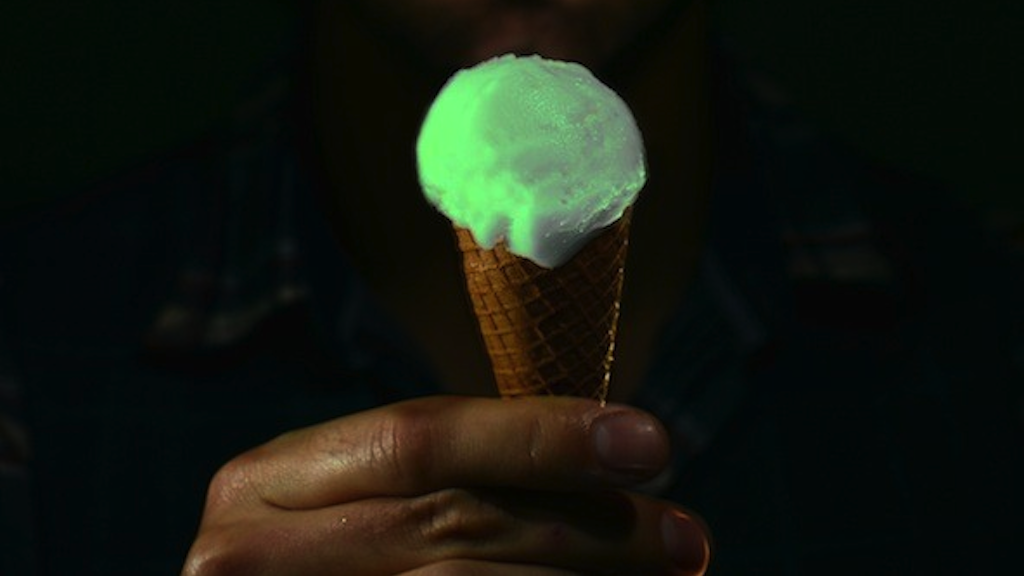 Charlie Harry Francis’ Glow-in-the-Dark ice cream glows when you lick it, so we probably don’t have to tell you that it’s not made of all-natural ingredients. But it is inspired by nature: The magic comes from synthetic luminescence protein, a lab-made version of the protein that make jellyfish glow in the dark.

Francis and his company, Lick Me, I’m Delicious, ordered the protein from “this amazing scientist in China” who’d managed to synthesize it. A little tinkering later, and voila, luminescent ice cream. Only problem in, synthetic luminescence protein is pretty expensive. Francis writes that each scoop of the ice cream costs about 140 pounds, or $225, to make. And, even though it looks neat, there’s no mention of how it tastes. Based on the glow effect, it kind of looks like it tastes like burning.