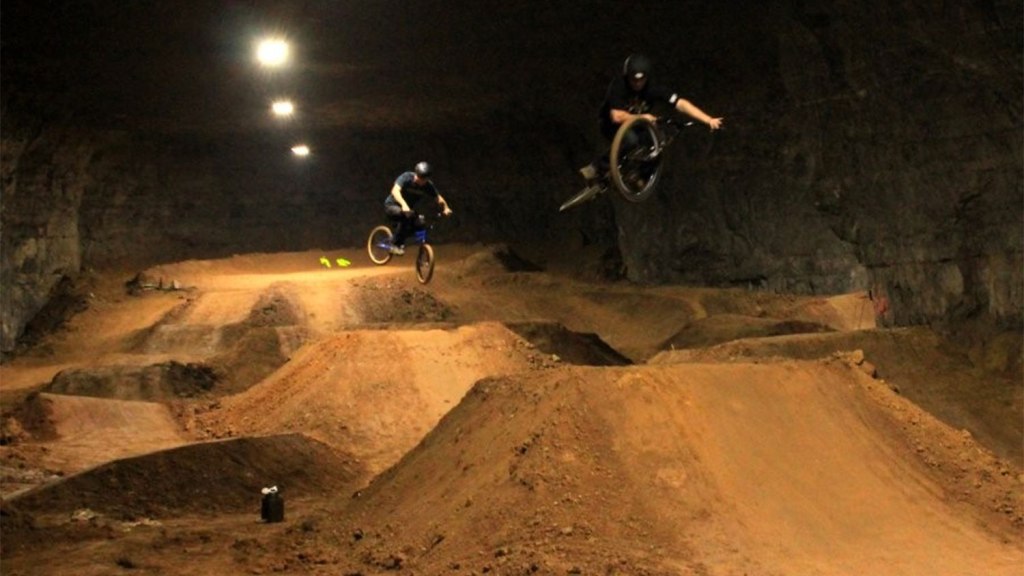 Attention all you mountain bikers, BMX riders, and dirt jumpers: Ever fantasized about making Fraggle Rock or Cave of Forgotten Dreams your own personal playground?

If so, you might consider booking flights to Louisville, Ky., which come February will boast the first underground bike park in the world, built some 75 feet below the city in an old limestone cavern that hasn’t been mined since the ’70s. The epic bike park is aptly called the Mega Cavern. Not surprisingly, it totally rules.

Reporter Kim Cross for Outside has the story:

Seventy-five feet under the Louisville Zoo, in a labyrinth of Kentucky limestone mined into Swiss cheese, a few million pounds of soil have been sculpted into the trails, berms, and jumps at Mega Cavern, the world’s first underground bike park. When it opens to the public in February, the park will have more than five miles of interconnected trails that range from flowing singletrack to dirt jumps to technical lines with three-foot drops. And that’s just the first of three phases to roll out this winter.

Souped-up urban bike parks like Mega Cavern are part of a growing trend nationwide, Cross reports, with nearly 100 parks dotting the country from Boulder to Chicago. At their start, most of these bike parks were pretty rudimentary. But now, with many located indoors, they’re tending to mimic ski resorts, boasting labyrinths of tamer, country-style trails for families and newbies alongside adrenaline-searing jumps and lifts for more seasoned bikers. So if biking several stories underground isn’t really your thing (hellooooo, claustrophobia!), hit up The Wheel Mill in Pittsburgh — about three-quarters of the park is made from reclaimed materials — or Ray’s MTB in Cleveland, the first indoor bike park in the country.

Meet ya at the half-pipe, brah.